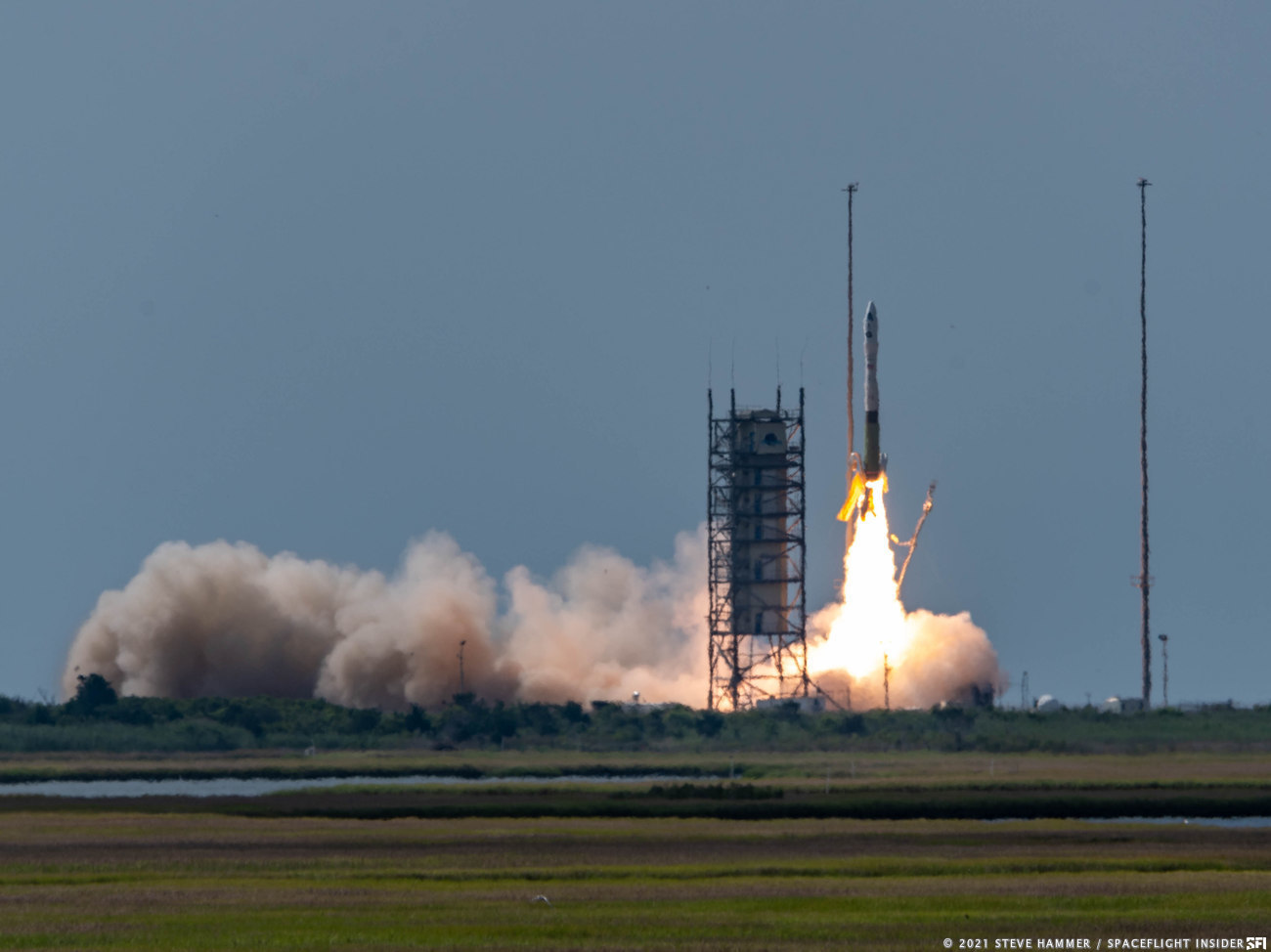 The Minotaur I rocket with the NROL-111 payload leaps off the pad at Wallops Island, Virginia. Credit: Steve Hammer / Spaceflight Insider

On the morning of June 15, 2021, a Minotaur I rocket fired off of Pad 0B at the Mid-Atlantic Regional Spaceport at Wallops Island, Virginia. The rocket lofted three classified payloads, designed, built and operated by the National Reconnaissance Office.

The launch of the classified NROL-111 payload, which took place at 9:35 a.m. EDT (13:35 UTC), was a collaborative effort between five organizations, including NRO, Space Force, Northrop Grumman, NASA Wallops and Virginia Space. 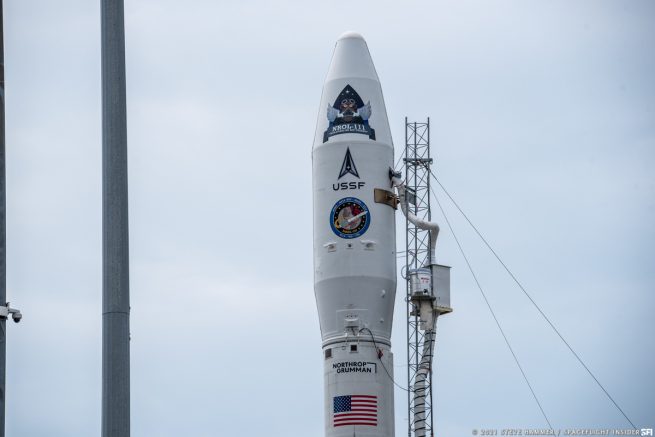 The payload fairing of the Minotaur I rocket sending the NROL-111 mission into orbit. Credit: Steve Hammer / Spaceflight Insider

“NRO cannot do its job without our partners, launch is a team sport,” said Director of the Office of Space Launch for the NRO Col. Chad Davis.

Due to the nature of this launch no additional details were given, however Davis said the NROL-111 mission will, “deliver exquisite intelligence information from space that our war fighters and national decision makers need,” adding, “we’re really the eyes and ears for the defense of our nation.”

The NRO chose Northrop Grumman’s Minotaur I rocket for the NROL-111 mission. It is a four-stage solid fuel rocket integrating two recycled motors from decommissioned Minuteman Intercontinental Ballistic Missiles with two commercial Orion upper stage motors and utilizing state of the art hardware. It also has the larger 61-inch (1.54-meter) fairing. The 63-foot-tall (19.2-meter-tall) rocket has a payload capacity of up to 1,278 pounds (580 kilograms) and is part of the wider Minotaur family of rockets, all built and operated by Northrop Grumman.

The program is in its 21st year. The fact that Northrop Grumman is able to reuse decommissioned, taxpayer-funded assets provides a real economic value and as Senior Northrop Grumman Engineer Kelly Fitzpatrick said, “To me it is actually one of the coolest things about our Minotaur rocket. I always say we’re recycling rocket motors.” 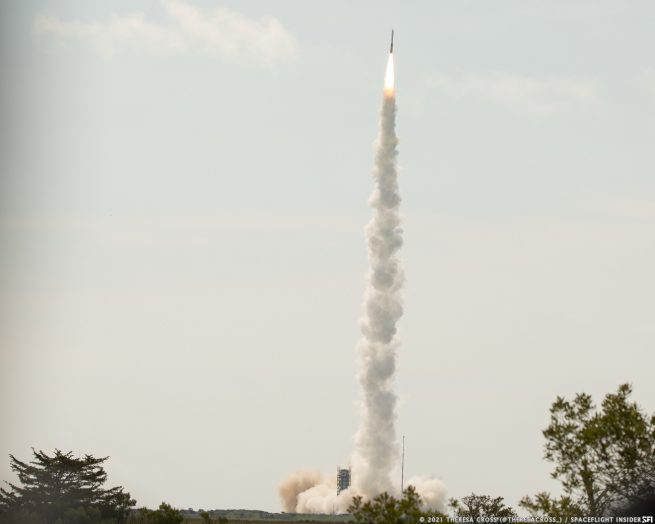 Adding to the decision, the rocket has proven to be both a reliable and capable space launch vehicle with a 100% success rate. On a larger scale because these rockets do not require a fueling farm, they can be launched from any of the four U.S. spaceports.

Today’s launch utilized NASA downrange tracking in the Outer Banks of North Carolina, Bermuda and Ascension Island. The spaceport is located on the northern portion of Virginia’s Eastern Shore on Wallops Island.

The complex consists of three launch pads. Antares rockets, which are used to resupply the International Space Station as a part of NASA’s Commercial Resupply Services program, utilize Pad 0A, while Pad 0B is used for the Minotaur family of launch vehicles.

A new Launch Complex-2 was recently built to support Rocket Lab’s Electron satellite launch vehicle, expanding the island’s history as a flight facility with over 16,000 rockets having been launched since 1945.