Classified: A review of US defense missions launched in 2018

LOMPOC, Calif. — 2018 has seen five payloads launched for the Department of Defense. Two of these missions were classified and one failed. With the upcoming flight of a ULA Delta Heavy with the NROL-71, SpaceFlight Insider takes a look back at the DoD’s 2018 launch manifest.

The year started off with the launch of Zuma on a SpaceX Falcon 9 rocket for an unknown government agency. The launch was contracted by Northrop Grumman, the payload’s manufacturer. Originally slated to launch in mid-November 2017 from Launch Complex-39A, the flight was delayed several times.

It ultimately launched from Space Launch Complex-40, at Cape Canaveral Air Force Station in Florida on Jan. 8, 2018. After a successful liftoff, the first stage landed back at Landing Zone 1 while the second stage continued to push Zuma uphill. The mission, however, was ultimately a failure. The spacecraft reentered the atmosphere along with the second stage and ended up in the Indian Ocean. It was tentatively concluded (according to a report by The Wallstreet Journal’s Andy Pasztor) that the loss of the payload was the result of an issue with the payload adapter that was provided by Northrop Grumman. 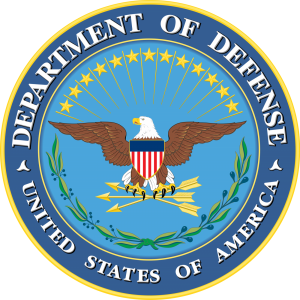 Logo of the U.S. Department of Defense. Image Credit: DoD

Next came NROL-47. United Launch Alliance kicked off their DoD missions of the year with the launch of NROL-47 on Jan. 13 from Space Launch Complex 6 (SLC-6) at Vandenberg Air Force Base in California. NROL-47 lifted off on the final flight of a Delta IV Medium+ in the (5,2) configuration and was the last single-stick Delta IV rocket that is currently planned to fly out of Vandenberg. The NROL-47 payload is believed to have been the fifth Topaz synthetic-aperture radar imaging satellite.

A week later on Jan. 19, ULA conducted its first East Coast launch of the Colorado-based company’s 2018 launch manifest. This time an Atlas V in the 411 configuration lofted the fourth Space-Based Infrared (SBIRS) satellite to Geostationary Transfer Orbit (GTO). The three previous SBIRS missions launched on Atlas Vs in the 401 configuration. A single solid rocket booster was utilized for SBIRS 4 to allow for the Centaur upper stage to be deorbited, thus mitigating orbital debris.

AFSPC-11 was up next, taking to the skies on April 14, 2018. This mission utilized the most powerful variant of Atlas V, the 551. It was the first launch of an Atlas V 551 since June of 2016 (MUOS-5). The primary payload was the Continuous Broadcasting Augmenting SATCOM (CBAS). The vehicle also launched a second payload known as the ESPA Augmented Geostationary Laboratory Experiment (EAGLE) by utilizing an Evolved Expendable Launch Vehicle Secondary Payload Adapter (ESPA).

The payloads were launched directly to geostationary orbit. This was the first time an Atlas V conducted a direct-to-GEO mission.

After a 6-month lull, the Atlas V returned to action on Florida’s Space Coast. The rocket once again flew in the 551 configuration, this time lofting the fourth Advanced Extremely High Frequency (AEHF) satellite. Atlas placed AEHF-4 in a supersynchronous geostationary transfer orbit. The AEHF constellation will replace the Milstar satellites launched in the mid 1990s and early 2000s by Titan IV rockets.

The final DoD mission of 2018, NROL-71, is currently scheduled to take flight on Dec. 7. To ferry the payload to its destination, the most powerful rocket in ULA’s arsenal has been selected – the Delta IV Heavy. ULA is currently prepping SLC-6 to begin the spacecraft’s mission. The payload is believed to be a KH-11 Keyhole electro-optical imaging satellite.

I didn’t know anything about this launch. Do you have anything on it?
https://www.space.com/42657-astra-space-suborbital-launch-fails-november-2018.html?utm_source=sdc-newsletter&utm_medium=email&utm_campaign=20181207-sdc