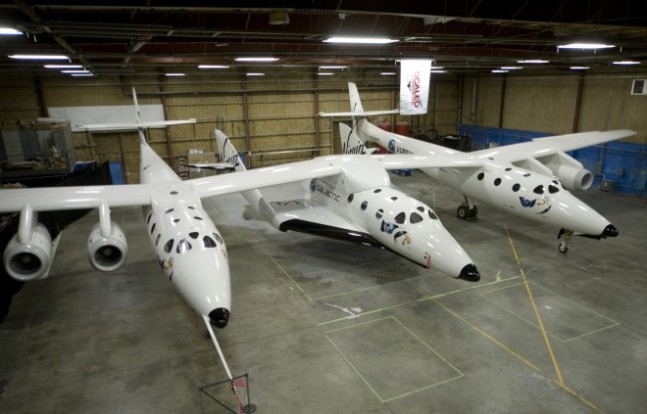 It has been less than ten weeks since the fatal crash that destroyed Virgin Galactic’s SpaceShipTwo which cost the life of co-pilot Michael Alsbury. Despite this setback, Virgin Galactic is already developing a test program for a replacement vehicle, and still hopes to begin tourist flights in 2016. With the setback of the crash behind it, the company appears to be learning from its failures – and moving forward with its efforts to open suborbital flights to paying customers.

Despite the crash and the $250,000 price tag, more than 700 potential space tourists have signed up for a ride on the experimental spacecraft. SpaceShipTwo was designed and constructed by Mojave, California-based Scaled Composites. The SpaceShip Company, a subsidiary of Virgin Galactic, is taking over the manufacture of the new vehicles, the first of which is under construction at the company hangar in Mojave, Calif. George Whitesides, the CEO of Virgin Galactic, said that the crash of SpaceShipTwo was: “…the toughest thing that our business could undergo.”

On Jan. 9, 2015, in a speech at the American Institute of Aeronautics and Astronautics Science and Technology Forum and Exposition in Orlando, Fla., Whitesides said, “Whether on the ground or in the air, developmental test is intended to understand, improve and confirm the capabilities of new systems. Failure in the context of test, while unfortunate and in our case tragic, is essentially part of the deal.”

Whitesides’ comments touched on the fact that the original SpaceShipTwo was lost on a test flight. On Oct. 31, 2014, SpaceShipTwo was dropped from its mother ship White Knight Two. Thirteen seconds later it tumbled out of control, breaking up and plummeting back to Earth. The cause of this accident appears to have been initiated by pilot error. When the craft had achieved Mach 1, Alsbury unlocked the aerodynamic braking system, which is meant to be deployed at Mach 1.4.

SpaceShipTwo uses an innovative braking system referred to as “feathering,” in which the tail and wing assembly rotates to increase its surface area, creating drag. Although the mechanism was unlocked, postflight analysis showed that the feathering deployment handle was not engaged. It is not yet known why the feathering system deployed, but aerodynamic pressure tore the plane apart as soon as the system was extended.

Pilot Peter Siebold was thrown from the craft during the breakup. According to the NTSB,“He stated that he was extracted from the vehicle as a result of the break-up sequence and unbuckled from his seat at some point before the parachute deployed automatically.”

Siebold went on to state, “’I must have lost consciousness at first. I can’t remember anything about what happened but I must have come to during the fall. I remember waving to the chase plane and giving them the thumbs-up to tell them I was OK. I know it’s a miracle I survived.” The new SpaceShipTwo was already under construction before the crash, but Whitesides said that he would work with the NTSB to determine the cause of the exact crash and to make any necessary modifications to the spacecraft. According to Whitesides, flight testing should resume later this year, and, as noted, the company still aims to begin flying commercial flights in 2016.

“Our company is turning the corner and looking to the future. Our team and our investors remain committed to the goal of opening space to all,” Whitesides explained.

“Understanding space is crucial to save our planet, to solve its greatest challenges, and bringing people into space will help connect people to the Earth in ways not possible now,” Whitesides concluded. “We will also see advances in vehicles, which are the key to the solar system. We are undeterred in our commitment to these goals. We have another spaceship at hand, and we are hard at work on LauncherOne. And we will succeed!”

When SpaceShipTwo begins its commercial flights, it will not take passengers into orbit; it will take them on suborbital flights to an altitude of 62 miles. Customers will get a great view of the Earth, a few minutes of weightlessness – before returning to the Mojave Air and Space Port. As mentioned, the company has already signed up a number of individuals who want the opportunity to be considered astronauts. Stephen Hawking, Katy Perry, Brad Pitt and Angelina Jolie, Ashton Kutcher and an array of other celebrities have also signed up to take to the skies when SS2 begins flights.