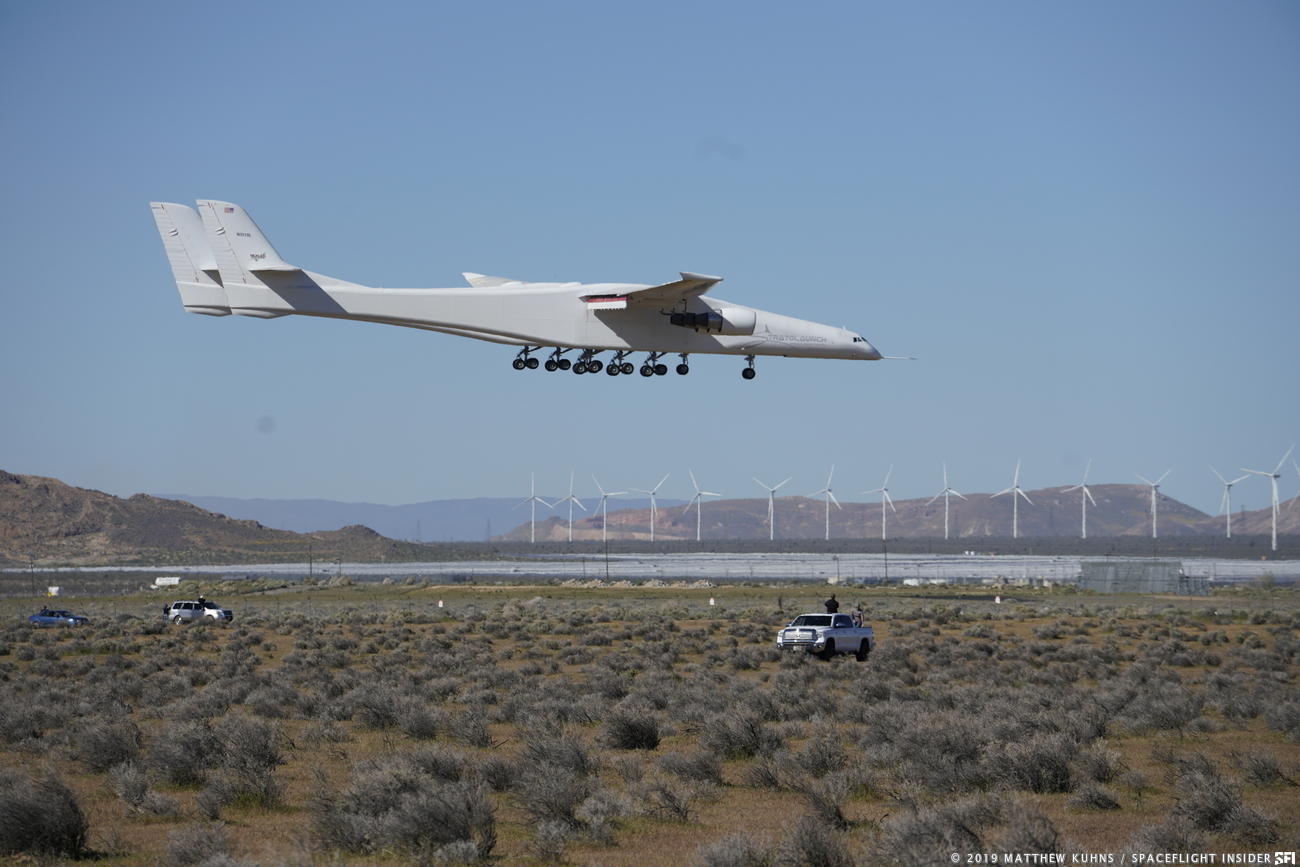 The Stratolaunch aircraft comes in for a landing after its first flight on April 13, 2019. Photo Credit: Matthew Kuhns / SpaceFlight Insider

Stratolaunch was founded by Microsoft cofounder Paul Allen to develop an affordable and accessible platform to air-launch rockets. Unfortunately, Allen was unable to witness the flight of the aircraft as he died of cancer in October 2018. 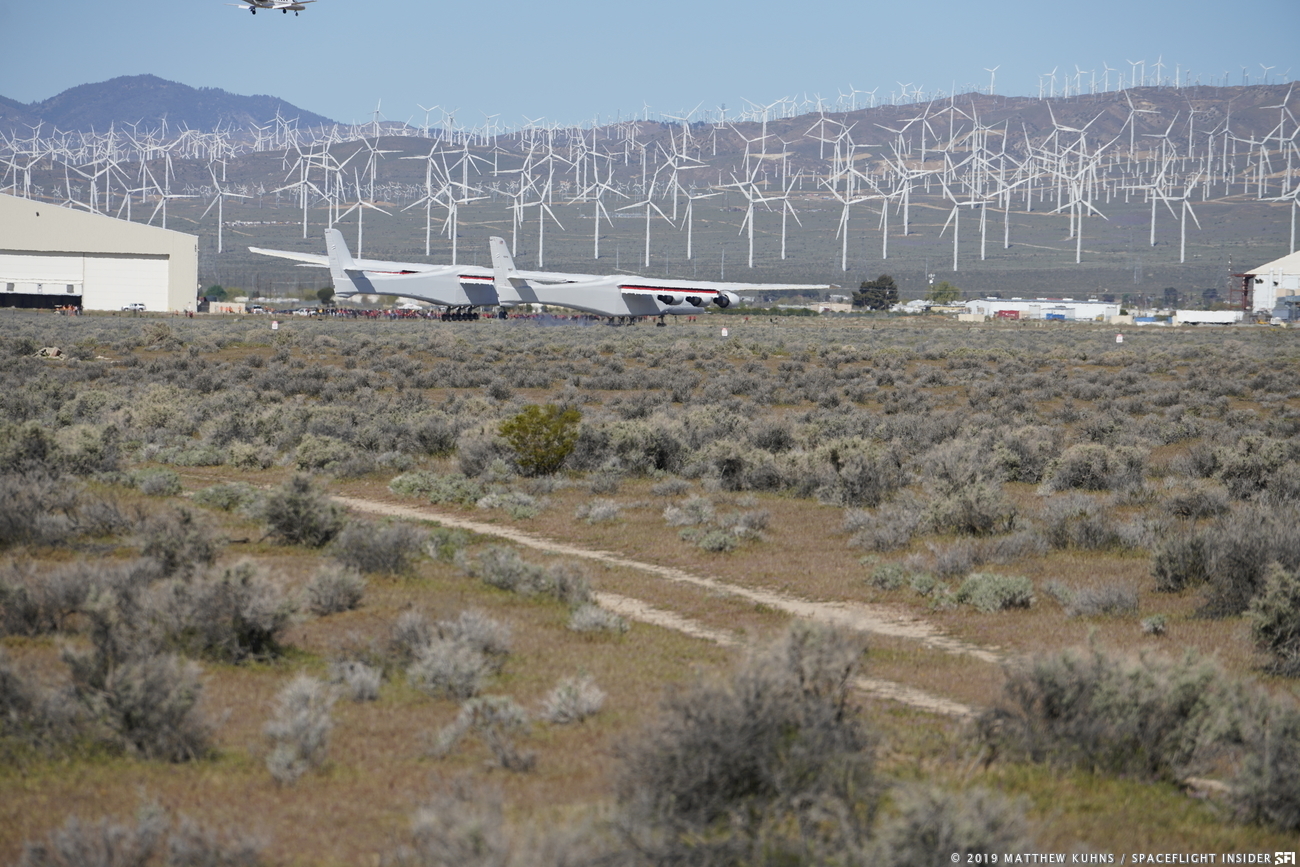 “Today has been great. The airplane flew as predicted. It was a very smooth flight and the team had a lot of fun,” said test pilot Evan Thomas after the flight. “This flight really is a tribute to the hard work of all of the men and women who have worked tirelessly over the years making this program a reality.”

The aircraft has been in development since 2011 when Stratolaunch and Scaled Composites teamed up to build it. Stratolaunch is capable of carrying up to three Northrop Grumman Innovation System Pegasus XL rockets at one time. Currently, Pegasus rockets are launched from a Lockheed Martin L-1011.

The maiden voyage is yet another achievement for an already successful company.

“The Scaled team excels at tackling the hardest problems in aviation. We have test flown an average of one new aircraft type per year over our 37 year history,” said Cory Bird, president of Scaled Composites via a company-issued release. “Together with Stratolaunch, we have reached another aviation first by flying the world’s largest all‐composite aircraft and moving closer to increasing the accessibility of space launch.”

Today the #Stratolaunch aircraft flew for 2.5 hours over the Mojave Desert, reaching a top speed of 189 mph. Check out the historic flight here: #StratoFirstFlight pic.twitter.com/x29KifphNz