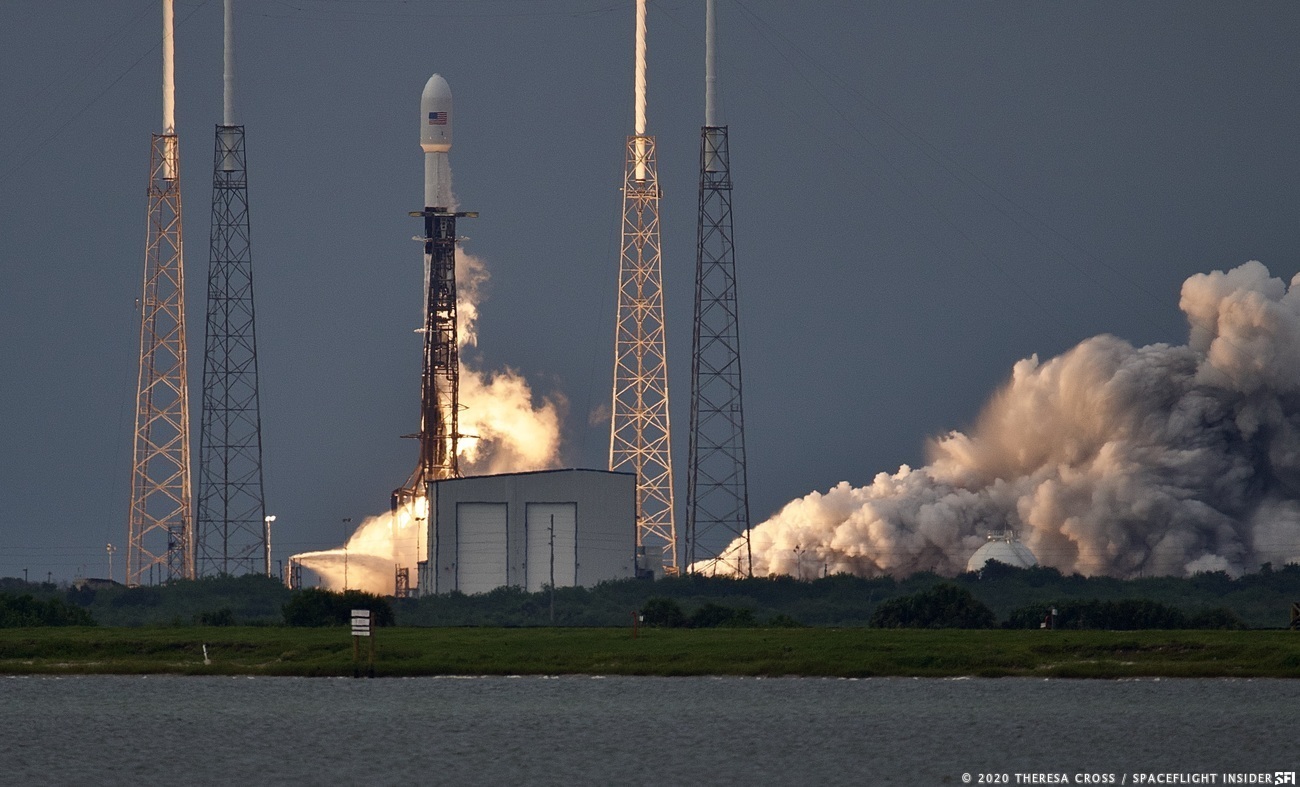 A Falcon 9 takes to the evening, carrying the SAOCOM 1B payload from Florida’s Space Coast. Photo: Theresa Cross, SpaceFlight Insider

With this successful launch a new precedent is set for polar launches, proving the capability and safety of polar launch inclinations from Cape Canaveral. The launch could mean an increase in cadence in launches from the Cape, and a decrease in launches from Vandenberg Air Force Base in California, which until now has been the exclusive launch site for polar inclinations. 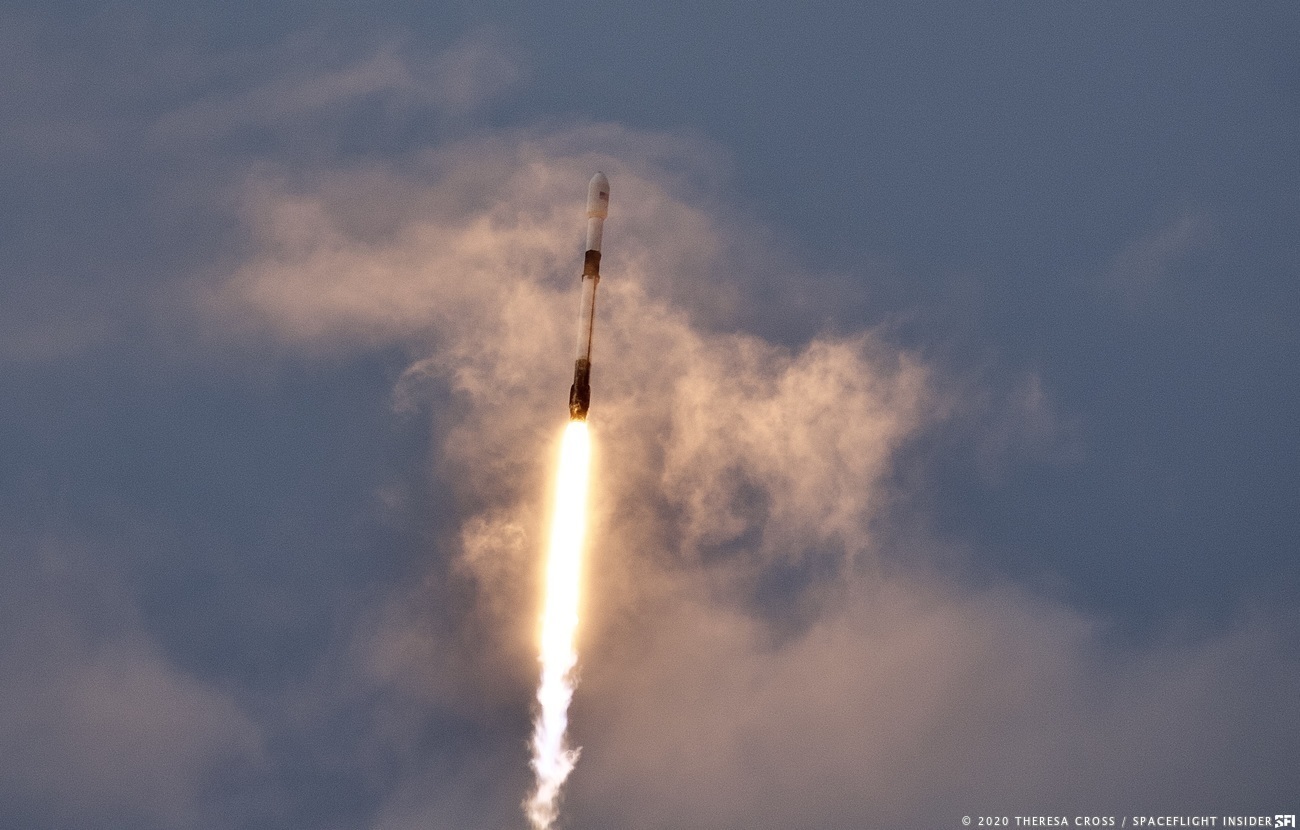 While the launch was originally planned as part of a double header with another Falcon 9 laden with Starlink satellites from Kennedy Space Center’s LC-39A, that launch was delayed due to weather constraints during pre-launch processing.

Following launch, the rocket flew a dogleg path to the south, flying alongside the east coast of Florida and over Cuba. As part of the mission, the first stage booster, B1059.4, performed a Return To Launch Site landing, guiding itself back to Cape Canaveral. Once above Landing Zone 1, it successfully deployed its legs and landed softly, beginning the multi-stage process of preparing it for re-use. The SpaceX Fleet was also represented in the area between Cuba and the Bahamas, where “Ms. Chief”, one of the fairing recovery ships, was able to recover both of the fairings by soft water landings. 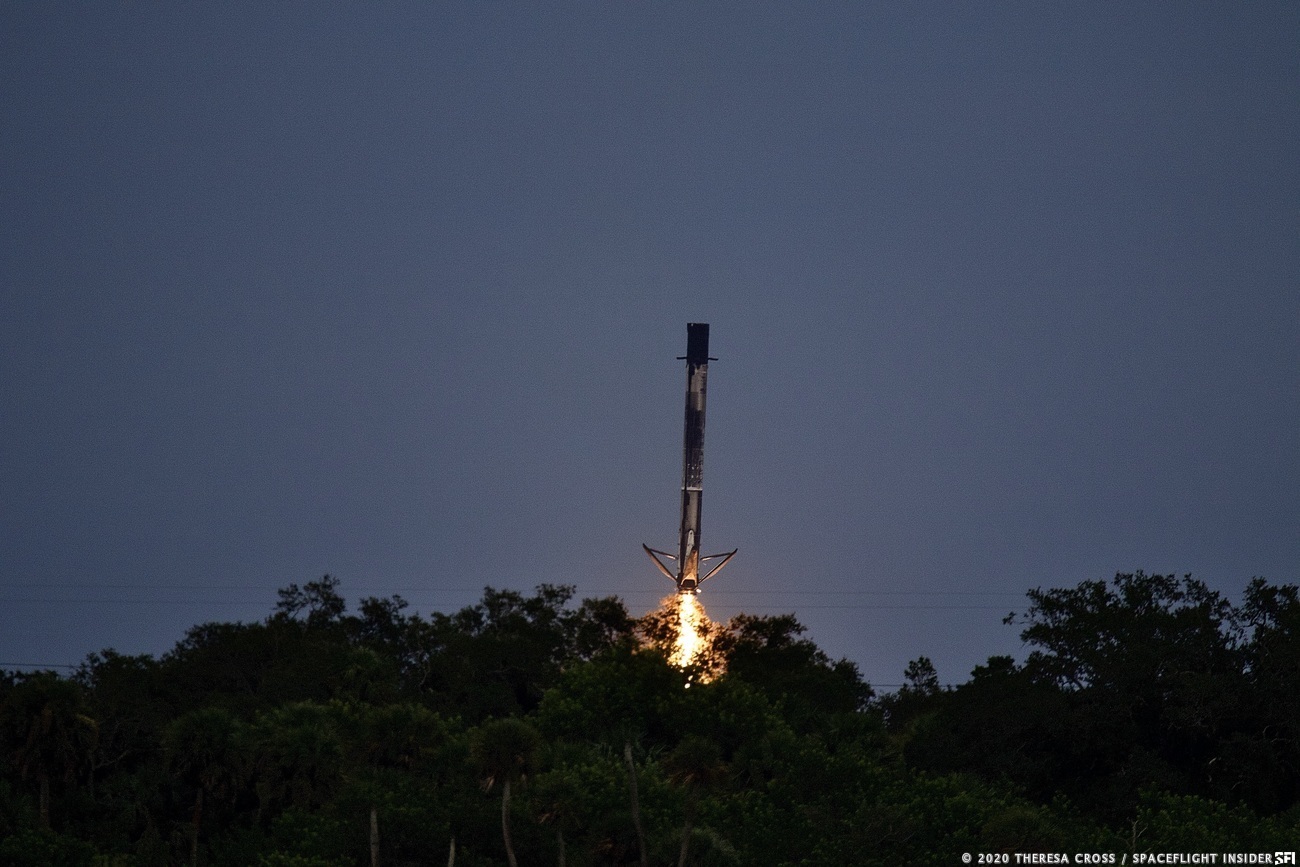