SpaceX to land Falcon 9 on barge? 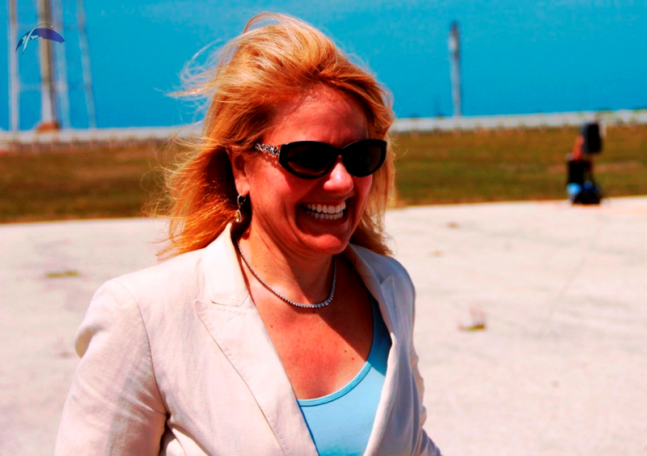 Blogger Rand Simberg has tweeted that during a conversation he had with Space Exploration Technologies’ (SpaceX ) Chief Operating Officer and President Gwynne Shotwell, that the Hawthorne, California-based company will conduct their next landing attempt on a barge. Unconfirmed reports have it that the next few flights of the uprated Falcon 9 v1.1 would fly without the landing gear that the rocket has used during the April 18 and July 14 2014 flights.

Reports have been presented to SpaceFlight Insider that the next mission that SpaceX flies for NASA under the Commercial Resupply Services (CRS ) program might not include these legs, as well as possibly upcoming missions that the company is conducting on behalf of private firms. The rationale for the lack of this new system on these flights has been suggested to be due to the request of the payload’s customer.

Simberg added in another tweet that there would be “No more water landings.” Simberg’s statements on the use of a landing platform were also noted in an article appearing in Florida Today.

SpaceX has stated that it plans to have the Falcon 9’s first stage conduct a return to the launch site. If the company can get this system to work – it would mean that the cost to launch to orbit would plummet and that the booster cores produced by SpaceX could be reused. Given the prices charged to launch payloads, this could serve to be a game-changer in terms of how missions are conducted.

I have been wondering why a barge landing has not been used already – it neatly solves the problem of bringing an unproven vehicle over land without wasting the vehicle and the opportunity to gather high-quality data inherent in a water ” landing”. The only challenge I see to operating the barge offshore is deck stability in wave conditions. This could probably be mitigated through the use of dampers similar to vertical sea anchors that would be hung from the perimeter of the barge. I believe this technology is well-developed in other applications.

But why the decision to remove legs in upcoming flights? Is the performance reduction too great for these payloads, or does Spacex need time to incorporate mods indicated by legged flights so far? The author alludes to some customer requirements, but their nature is not revealed. Did an over-zealous editor pare too much here?

From what I heard, the next two flight (for Asia Sat), will be highly fuel intensive trips to GTO. There would not be enough fuel to perform a first stage recovery from water, barge, or land. In that case, why would they expend any time, money, or energy attaching the legs (or expending fuel transporting them) if they will go unused?

I believe the flight after those two will once again, attempt a first stage recovery.

That is what I suspected, but I was just puzzled that the author didn’t make it explicit.

With pin point accuracy in landing the first stage then the barge could have a gimbeled platform installed above it.

This is going to be very interesting. Stabilising the barge is going to be critical unless the sea’s like a mill pond. I can just see a perfect landing and then whoops, over the side.
I haven’t heard of anything designed to keep the F9 first stage latched to the barge after landing.

But all in all, I think it’s probably about keeping momentum moving forward and that the real issue is providing sufficient evidence that will convince the authorities that a ‘land’ landing is ‘safe’.
Cheers.

Presumably Spacex has already (nearly) built a grapple vehicle that can approach a landed Falcon 9, lift it to allow the retraction of the legs, and lay it down on a transport frame. Put that on a barge stabilized as I suggested above and I think the system could handle any moderate sea conditions and not require a mill-pond.