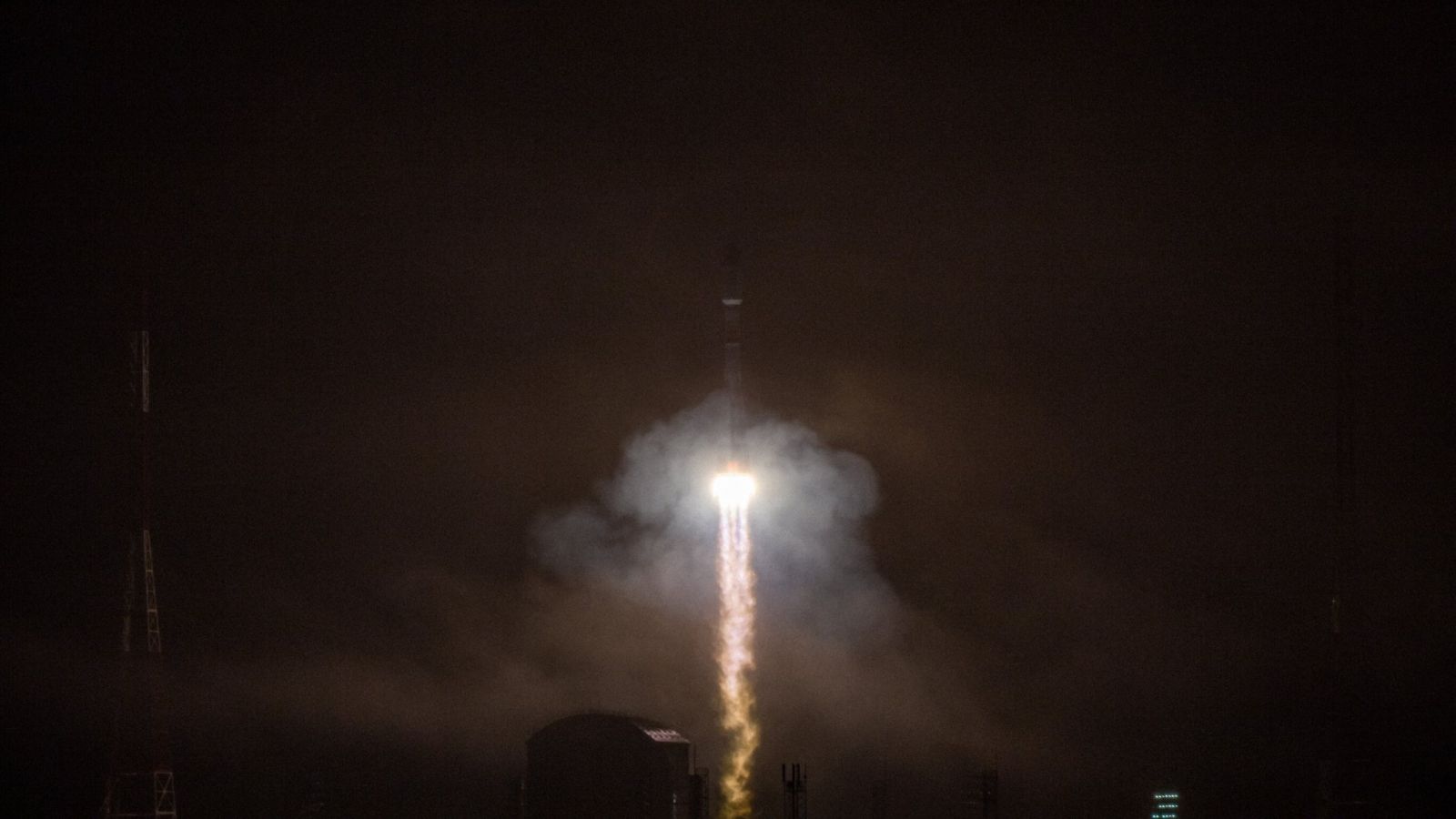 The seventh batch of OneWeb satellites is launched atop a Soyuz 2.1b rocket from Vostochny Cosmodrome in Russia. Credit: Roscosmos

With this launch of 36 made-in-Florida satellites, the number of spacecraft for OneWeb’s orbital internet constellation is now 218 satellites as it prepares to go live later this year for commercial service in regions above the 50th parallel north with global service to follow in 2022.

The Russian spaceport known as Vostochny Cosmodrome is located above the 51st parallel in the Amur Oblast, Russia’s Far East, hosting its first launch in 2016.

On July 3, 2020, the United Kingdom was successful in their bid to acquire a significant equity share in OneWeb, a global communications company founded by Greg Wyler. The company filed for bankruptcy May 27, 2020, blaming the COVID-19 pandemic for its inability to raise capital.

The company had to lay off 85% of its 531 employees before filing for Chapter 11 relief. OneWeb’s remaining employees were left to manage the 74 launched satellites.

OneWeb has seen an increasingly-significant interest from governments, aviation industries, automotive and the maritime industries, to name a few, in its high-speed, low-latency connectivity services.

The company’s headquarters is in the UK while manufacturing remains in Cape Canaveral, Florida, at this time. The $500 million dollar investment by the British into the cutting-edge satellite company alongside Bharti Global LTD, which is part of a group controlling the third largest mobile operator in the world, is to provide a revenue base to contribute to its future success. The acquisition enabled the company to move forward with and complete a global satellite constellation and offer the UK other strategic opportunities across a broader range of applications in conjunction with allies around the globe. The overall investment is valued at $1billion.

The new management anticipates offering a commercial service this fall to northern latitudes — including the UK, Northern Europe, Alaska, Canada, Greenland, Iceland, and Arctic Seas — with a full global roll-out of connectivity in mid-2022.