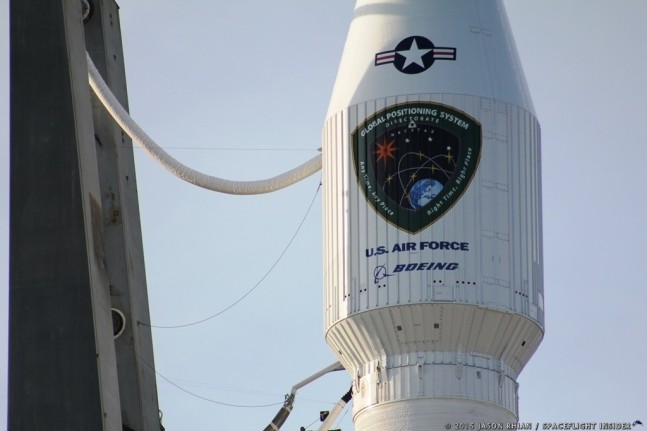 A ULA Atlas V 401 rocket with the GPS IIF 10 satellite is currently at SLC-41 in Florida awaits the opening of its launch window, slated to begin at 11:36 a.m. EDT (15:36 GMT). Photo Credit: Jason Rhian / SpaceFlight Insider

Jason your video is messed up. It’s good until 22:39. The editting gets messed up with voice over old NASA film footage of Appollo and then Soyuz. You come back for awhile for sign off for launch. At 38:52 the video cuts to launch I’d guess about 1 minute into launch. Though you’d like the oportunity to correct this video or pull it.