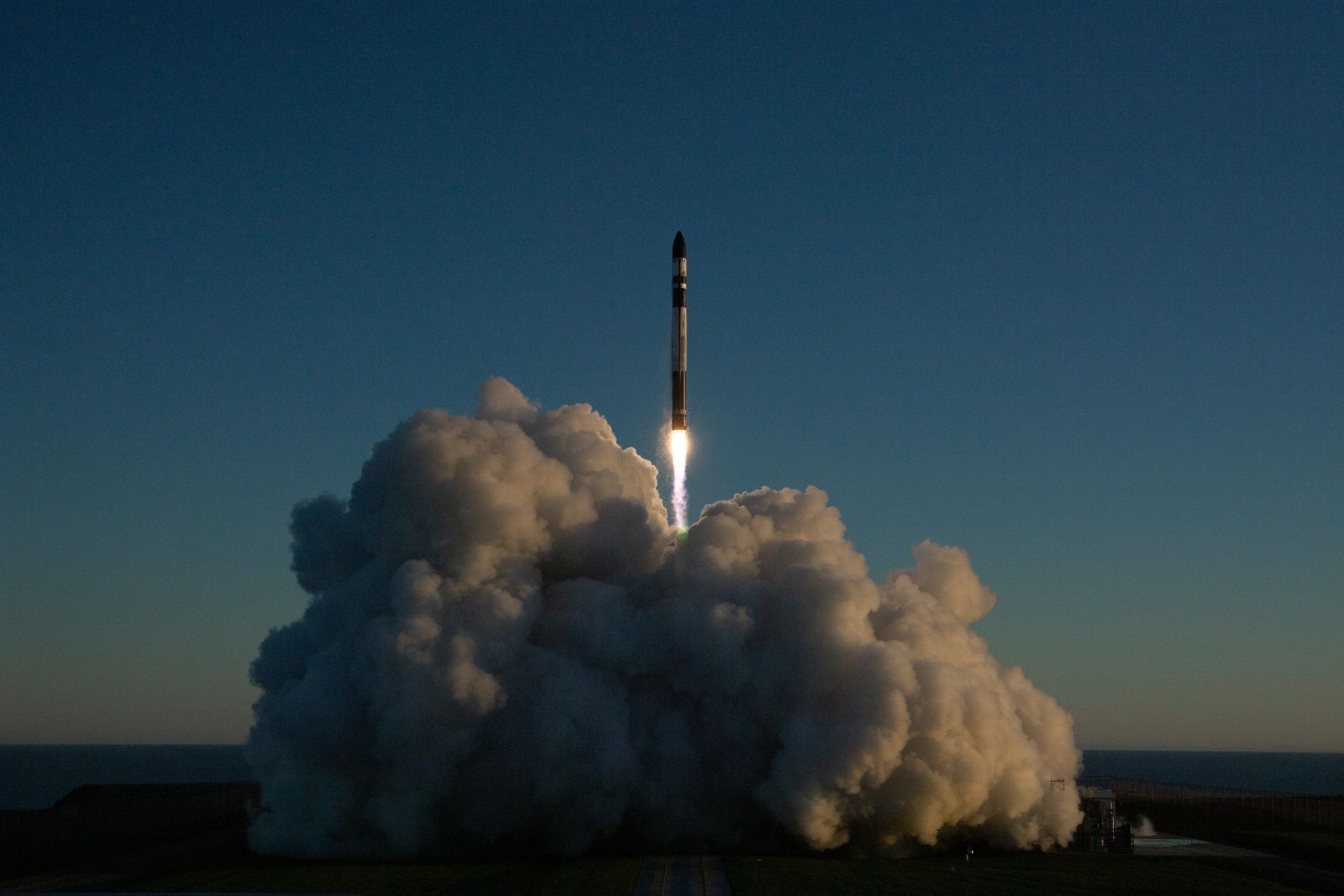 Rocket Lab, a private American company that manufactures and launches small satellites, put seven satellites via its Electron vehicle during a launch from New Zealand.

Nicknamed “Make it Rain” after Seattle-based Spaceflight Industries’, rain-drenched home,  Saturday’s launch was the seventh for Rocket Lab‘s Electron launch vehicle and the third to take flight this year.

Following liftoff and separation of the rocket’s first stage, the satellites were delivered into an elliptical orbit by Electron’s second stage about 56 minutes after the rocket had left the pad. The rocket’s Kick Stage ignited, carrying the payloads into a circular orbit. Once that is accomplished the Kick Stage fell back to Earth and burned up in its atmosphere.

As noted, the mission is being launched on behalf of Spaceflight Industries, a commercial company that books and manages low-cost satellite launches and ride shares for private companies, non-profits, and governments, with the goal of making space more accessible. According to  Spaceflight Now, the payloads launched on this latest mission include two Prometheus nano-satellites for US Special Operations Command (SOCOM), the BlackSky Global 3 commercial Earth observation satellite, two SpaceBEE data relay satellites on behalf of Swarm Technologies, a technology demonstration CubeSat named ACRUX 1 for Australia’s Melbourne Space Program, and a seventh, unidentified satellite.

Initially conceived in 2013, Electron is designed to launch small satellites rapidly, reliably, and affordably. According to Rocket Lab, “We’ve designed Electron to be built and launched with unprecedented frequency, while providing the smoothest ride and most precise deployment to orbit.” Its “Kick Stage” is built to bring satellites to very precise orbits, then de-orbit without leaving any parts in space.

“Congratulations to the dedicated teams behind the payloads on this mission, and also to our team for another flawless Electron launch,” says Rocket Lab founder and CEO, Peter Beck. “It’s a privilege to provide tailored and reliable access to space for small satellites like these, giving each one a smooth ride to orbit and precise deployment, even in a rideshare arrangement.”