Virgin Galactic’s Beth Moses is awarded the ASE’s Space Pin. This is one of several recent events that has seen the commercial space firm progress forward toward its first operational test flight (which is slated to take place in 2020). Photo Credit: Virgin Galactic

When Virgin Galactic’s SpaceShipTwo takes to the skies with paying customers, those flying onboard the will be awarded pins by the Association of Space Explorers (ASE) upon their return. This, however, will not be the apparel that will mark their voyage. Recent events suggest that Virgin Galactic is about to open its operational doors.

Beth Moses, , was awarded one of these pins, the first to be issued to a commercial space flyer, at the International Astronautical Conference in Washington DC.

This past February Beth Moses, Virgin Galactic’s Chief Astronaut Instructor, joined the exclusive group of people who have been awarded a pin by the ASE. This “club” only has 570 other members. Moses helped review cabin dynamics in Virgin Galactic’s (VG) VSS Unity during the spacecraft’s second flight. This mission marked the first time the spacecraft carried a third person on one of its missions.

“It’s wonderful to be presented with this new pin,” Moses said. “It’s a real honor to be recognized by an association which counts so many pioneers of space exploration among its members. I’m looking forward to working with them to continue to inspire and educate people around the advantages of seeing the world’s problems from the perspective of space. A lot has changed since humanity first entered space, but the fascination with space and everything surrounding it remains the same. “ 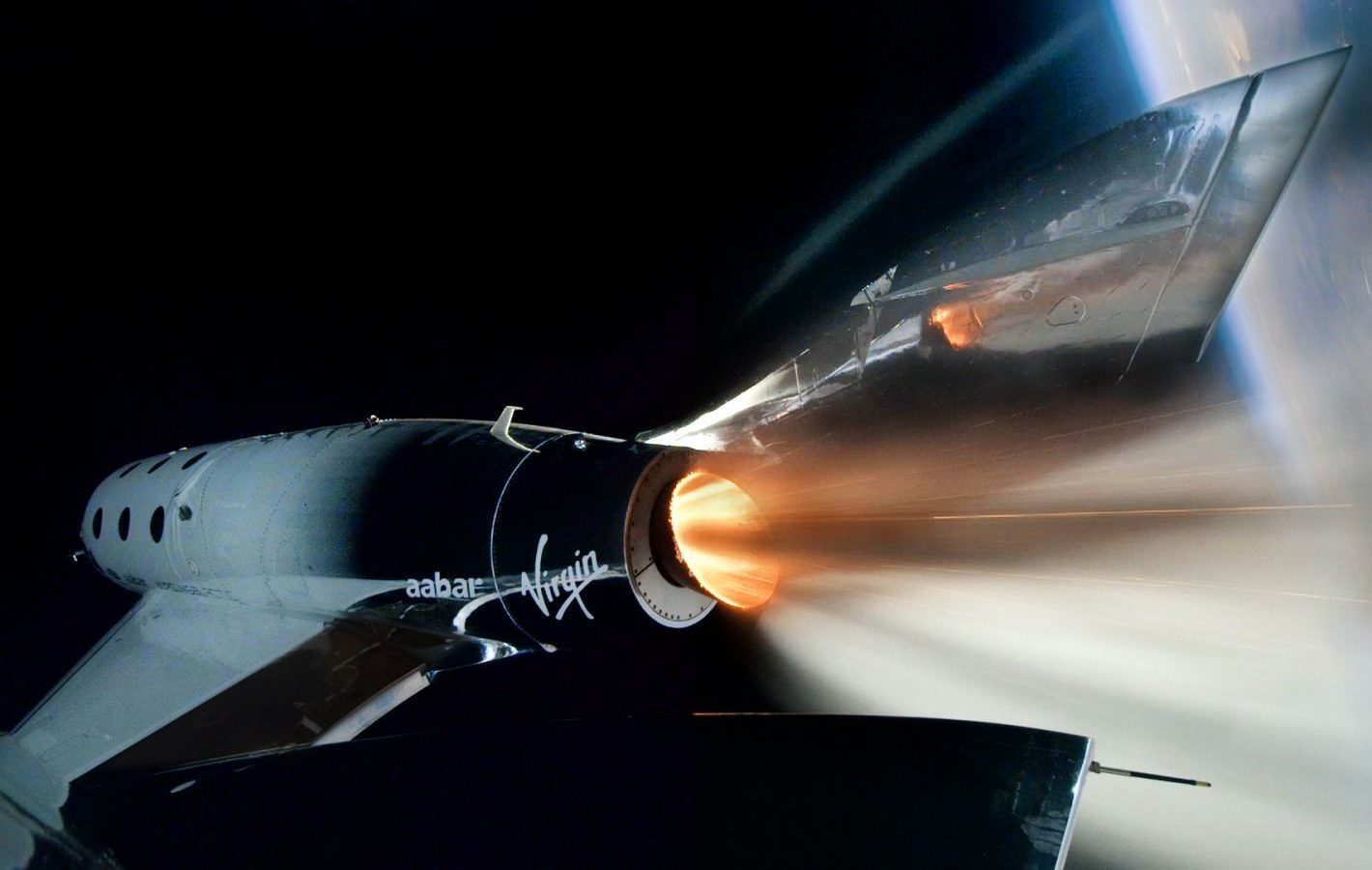 The ASE was formed 34 years ago by more than 400 astronauts and cosmonauts who hailed from some 38 different nations. The organization’s leadership used the occasion to note the importance of the almost daily milestones reached by NewSpace companies.

“The Association of Space Explorers is very pleased to acknowledge the significant accomplishment of suborbital spaceflight,” said Michael Lopez-Alegria, the President of the ASE. “We look forward to this new demographic of space fliers adding to our own voices in promoting the benefits of human space exploration, greater stewardship of our home planet, and inspiring the next generation.”

While getting a pin to mark their accomplishments might be exciting, it helps to have something posh to pin them on. Under Armour was tapped by VG to develop and produce the spacesuits crews will wear on their suborbital jaunts. VG announced that they had selected Under Armour to be their “Technical Spacewear Partner.” The announcement of their selection was made this past January via a joint announcement made by Virgin Galactic’s CEO and Founder Sir Richard Branson and Under Armour’s CEO and Founder Kevin Plank.

“Virgin Galactic gave us an exciting challenge to build the world’s first commercial spacesuit,” said Under Armour CEO and Founder Kevin Plank. “Innovation is at the core of everything we do and our team delivered a unique twist on the classic spacesuit utilizing both existing and new UA technologies to define space gear for the future.  It is an incredible opportunity to showcase our key performance innovations in space at the highest level and continue to push the limits of human performance.”

“Spacesuits are a part of the iconography of the first space age; our visual impressions of human spaceflight and what astronauts wear are inextricably linked. Requirements for astronaut spacewear as we enter the second space age are evolving, but the design challenge has not diminished. We were delighted when Kevin and Under Armour stepped up to this task and they have surpassed our expectations. I love the way the spacewear looks and I love the way it feels. I also love the fact that the next time I put it on, I will be on my way to space,” Virgin Galactic’s founder, Sir Richard Branson said.

Each suit will be custom tailored for each passenger who flies on one of VG’s spacecraft. These suits are made from a lightweight material that has cushioning in the knees, elbows as well as the feet. Given that most of the tourists on board will have never been to space before, this seems to be a good call.

The ensemble will include everything first-time flyers will need as they pierce Earth’s atmosphere. The spacesuit itself, base layer and footwear will be provided as well as a training suit. While astronauts have been using flight suits since the space age began, Virgin Galactic described this new set as the first “ever created specifically for private astronauts.” Branson himself should be one of the first people to wear one of the suits when he takes to the skies on the inaugural commercial flight.

While Virgin Galactic hopes to carry out the first operational flight in 2020, the testing and development program has been under way for an extended period period of time. The 2014 crash of the prior test article, the VSS Enterprise saw one of the company’s test pilot’s killed and another injured, resulted in a delay. But the California-based company has since rebounded.

This was underscored by a Oct. 25 release that announced Virgin Galactic was morphing into Virgin Galactic Holdings, Inc. (“VGH”). Virgin Galactic company merged with Social Capital Hedosophia (“SCH”), a public investment firm. According to the release, this makes VG the “First and Only Publicly Traded Commercial Human Spaceflight Company.”

Congratulations,
Jason Rhian is back after 2 months.
Werner, Germany

Agreed. I have missed his work

And the papers want to know whose shirts you wear…