Orbital space tourism poised to take off later this year 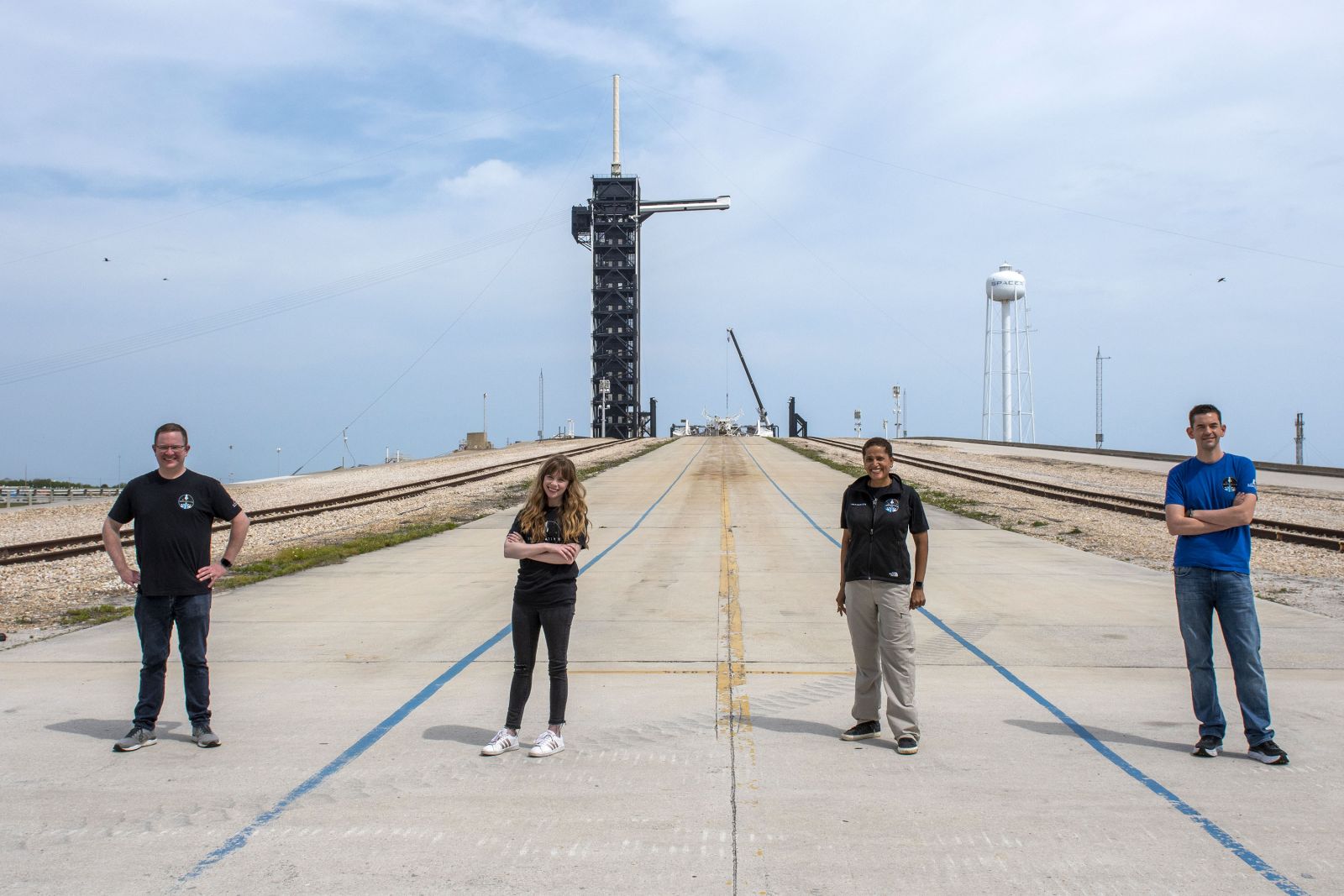 The Inspiration4 crew. From left to right: Chris Sembroski, Hayley Arceneaux, Sian Proctor and Jared Isaacman. This flight is expected to be the first orbital space tourism mission since 2009 and the first 100% civilian crew to fly to low Earth orbit. Credit: SpaceX

Within a span of about six months, as many as a dozen new “space tourists” could fly into low Earth orbit on four flights beginning as early as this September.

2021 may mark a resurgence of the space tourism market, which took a hiatus in 2009, starting with SpaceX sending the first 100% civilian mission to low Earth orbit.

Launching inside Crew Dragon Resilience atop a Falcon 9 rocket in September from Launch Complex 39A at NASA’s Kennedy Space Center in Florida, founder and CEO of Shift4 Payments Jared Isaacman will be the commander of the Inspiration4 mission. He’ll be flying along with fellow crewmembers Hayley Arceneaux, Sian Proctor and Christopher Sembroski.

The crew will orbit around Earth every 90 minutes on a mission slated to last several days before reentering the atmosphere for a soft water landing off the coast of Florida. Elon Musk has said that flying on a Falcon 9 is akin to riding a “really intense roller coaster.” 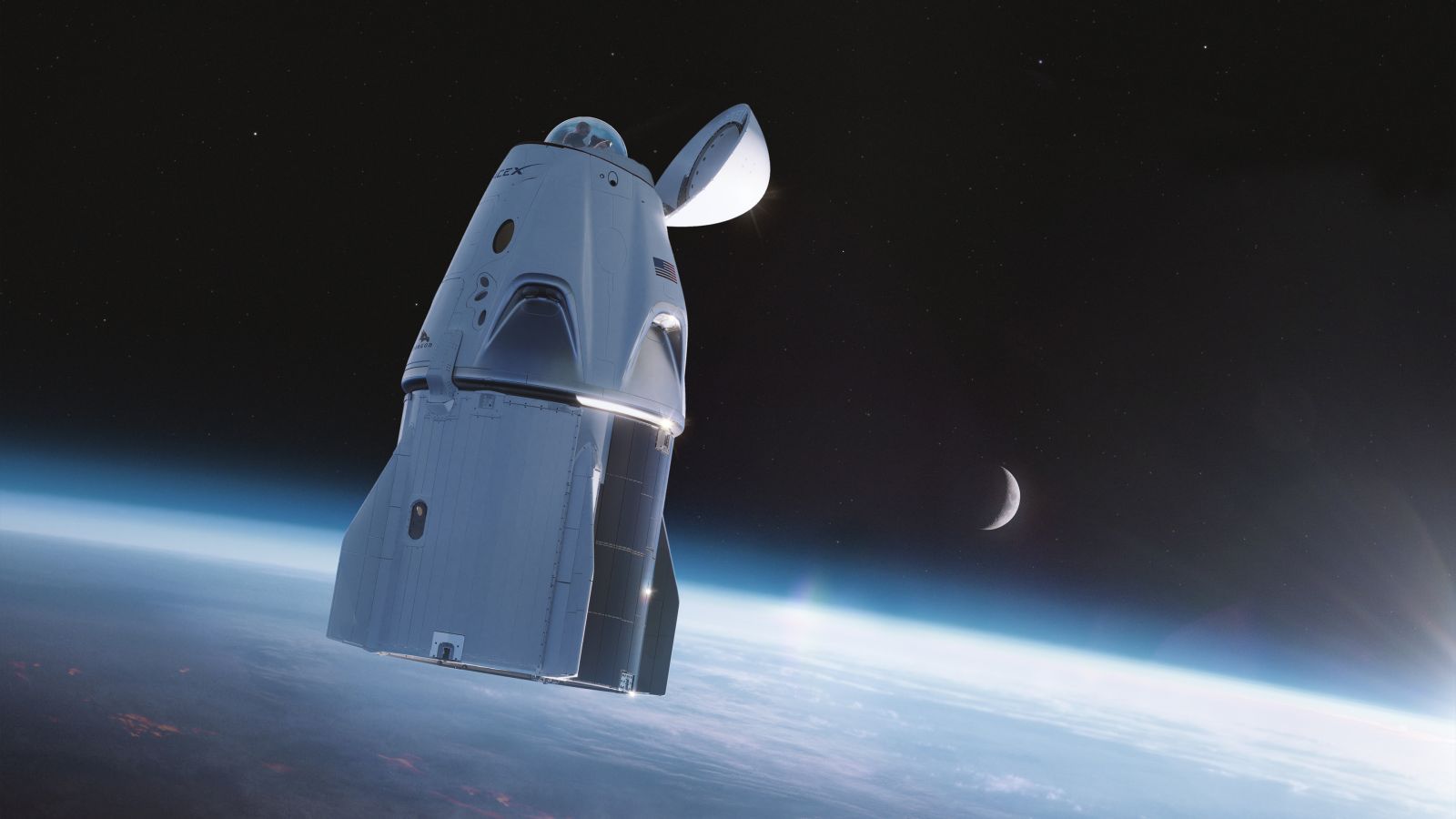 SpaceX is developing a special window to take the place of the docking port for Inspiration4. Credit: SpaceX

Meanwhile, Blue Origin is expected to fly its first astronaut crew to suborbital space on New Shepard as early as July 20, 2021. The company has offered one seat to the winner of an online auction, slated to culminate June 12. The winning bid amount is expected to go toward Blue Origin’s foundation, Club for the Future, meant to inspire a career in STEM — science, technology, engineering and math — in future generations.

Another suborbital spaceflight company, Virgin Galactic, has recently announced its space tourism program has been pushed to 2022. Problems began with a disappointing launch in December of 2020, when a rocket motor for SpaceShipTwo did not ignite. The hope was, had the flight performed as expected, technicians would shift their focus on improvements for private commercial spaceflight.

Finally, on May 22, 2021, from Spaceport America in New Mexico, Virgin Galactic successfully performed the first human spaceflight from that location putting the company on a path towards furthering its quest for human space flight and tourism. 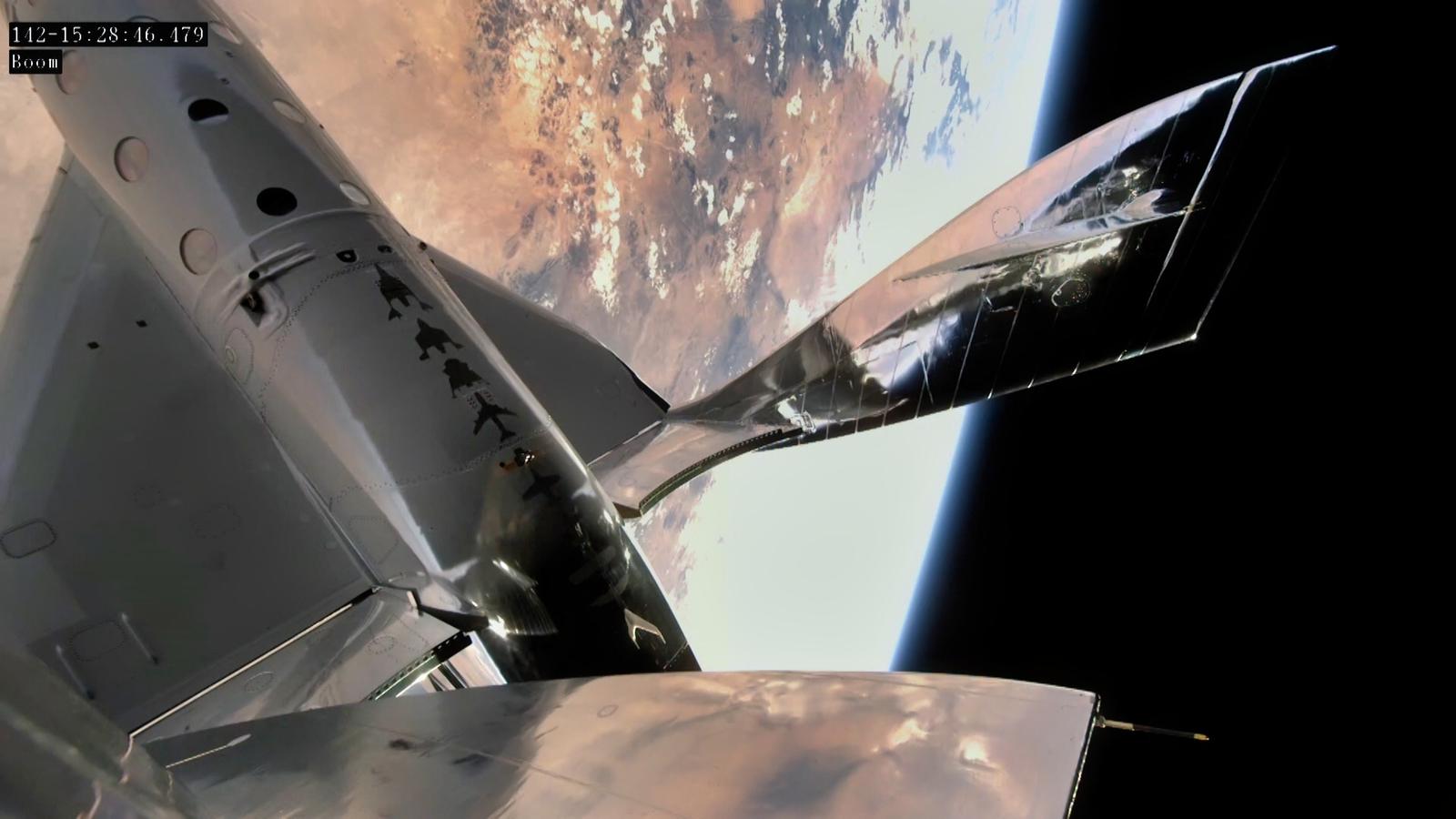 Back on the orbital side of space tourism, Axiom Space and NASA recently announced plans to launch the first private astronaut mission to the International Space Station as early as January 2022 from Kennedy Space Center.

The private astronauts for the Ax-1 mission, slated to fly in a SpaceX Crew Dragon capsule, are Michael López-Alegría, Larry Connor, Mark Pathy and Eytan Stibbe. Mission commander for this mission will be López-Alegría, a former NASA astronaut, and current vice president of Axiom with Peggy Whitson and John Shoffner as alternates.

Several more private Axiom Space missions are planned over the next several years.

On the other side of the world, Russia also hopes to attract more private customers for flights to the ISS.

Two of the three seats in a the next Soyuz capsule, Soyuz MS-19, are slated to be occupied by a Russian director and actor for an upcoming Russian film. The director for the film, called Challenge, is Klim Shipenko. He’ll be flying with actor Yulia Peresild. 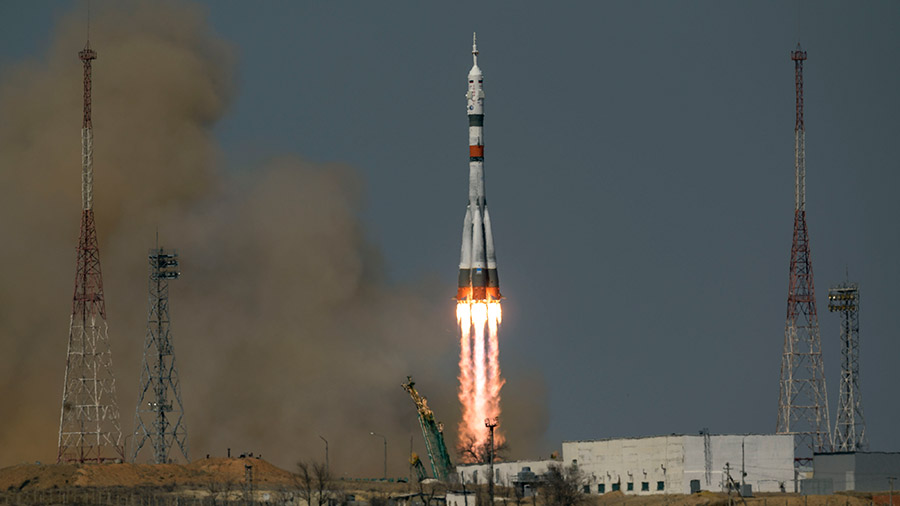 Soyuz MS-18 launches from Kazakhstan on a two-orbit trek to the International Space Station in April 2021. The spaceflight participants flying to the ISS in Soyuz MS-19 in October are expected to return in Soyuz MS-18. Credit: NASA

The launch is scheduled for early October 2021 and will also bring Russian cosmonaut Anton Shkaplerov to the ISS for a six-month stay. After about a week, the Shipenko and Peresild are expected to return to Earth in Soyuz MS-18 with Russian cosmonaut Oleg Novitsky.

Also recently announced was the first Soyuz mission to not deliver ISS crewmembers to the outpost, Soyuz MS-20.

While Soyuz MS-20 will still visit the orbiting laboratory for about 10 days as early as December, it will include two spaceflight participants, Yusaku Maezawa (who is also expected to fly around the Moon later this decade in a SpaceX Starship spacecraft) and his production assistant, Yozo Hirano. Russian cosmonaut Alexander Misurkin is slated to command the flight.

In total, as many as 12 private spaceflight participants are hoping to fly into low Earth orbit in the span of about six months starting this September.

For comparison, in 2001 the first “space tourist,” Dennis Tito, launched to the ISS for a week in a Soyuz spacecraft via a company called Space Adventures, which partnered with Roscosmos. Between then and 2009, only six others had completed the same trip with one, Charles Simonyi, flying in 2007 and 2009. 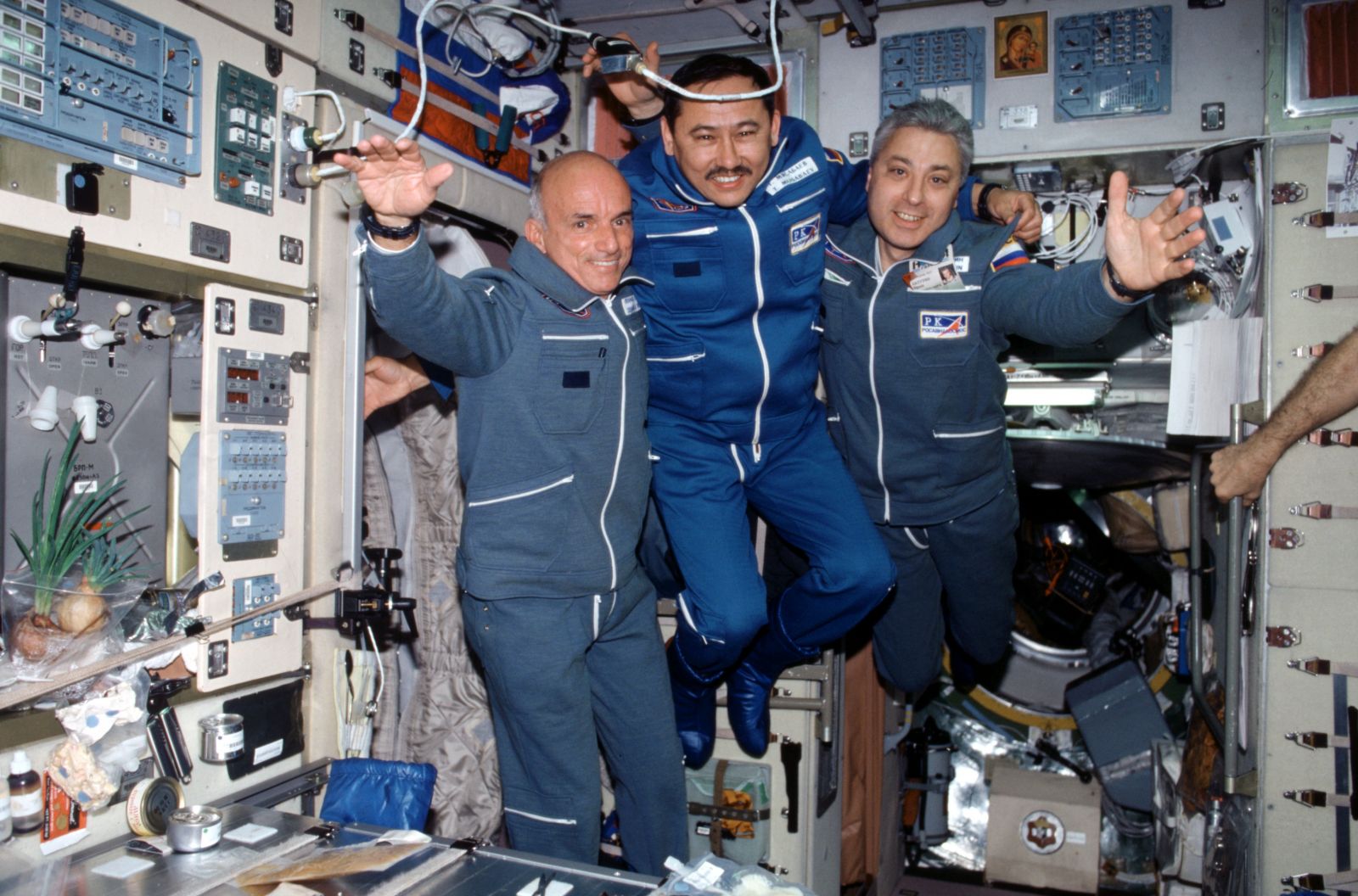