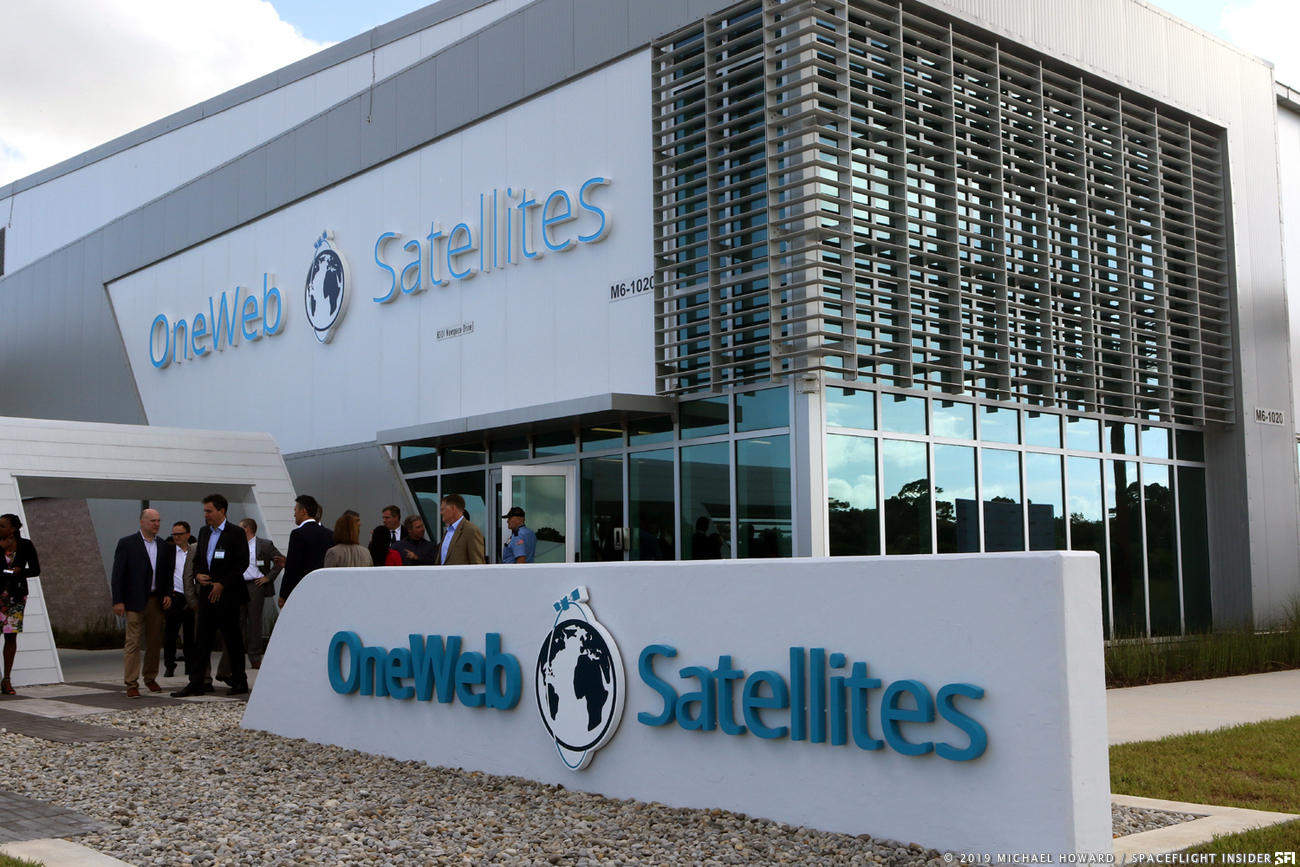 CAPE CANAVERAL, Fla. — OneWeb Satellites, a joint-venture company started by OneWeb and Airbus in 2016, has opened the first facility that will mass produce communication satellites, with the goal of providing broadband Internet access worldwide.

The facility is a joint project between the UK, where OneWeb is based, and the US, and is expected to create 250 new high-tech jobs at Florida’s Space Coast. To support the construction of 650 new satellites, the UK Space Agency has awarded OneWeb 18 million pounds.

Located in Merritt Island, Florida, near the Kennedy Space Center, the 105,500-square-foot facility is equipped with two production lines, each of which can produce two satellites a day.  This is a significant departure from traditional satellite construction, in which expensive custom satellites  take more than a year to build and cost $10 million or more. 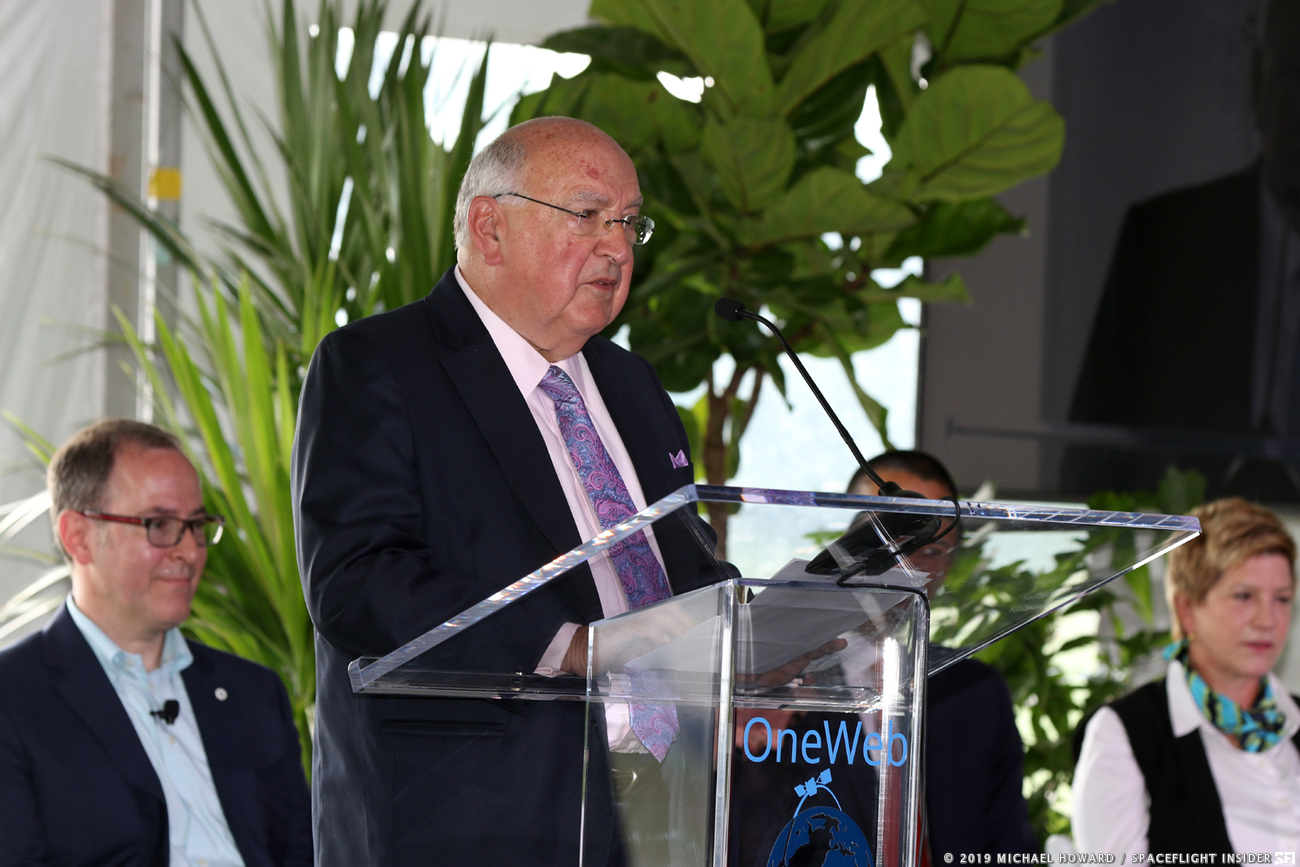 “OneWeb Satellites and its partners are transforming the satellite and space industry,” emphasized company CEO Tony Gingiss. “By producing high quality satellites at a fraction of the cost and schedule of traditional manufacturers, we are not only enabling OneWeb to connect the planet; we are making space dramatically more accessible to everyone.”

“The avenue for unlocking untapped human potential lies, yet to be paved, in space,” said Ross. “Private industry is a key partner in this effort, as we are well on our way to a $1 trillion space economy and fueling a new revolution in technology in orbit.”

Approximately half of the world’s people do not have Internet access, and many air and sea travelers experience unreliable connections. By scaling up satellite communication production, OneWeb Satellites plans to fill these gaps, opening up access that will give those not yet connected information on economic, educational, and healthcare opportunities. 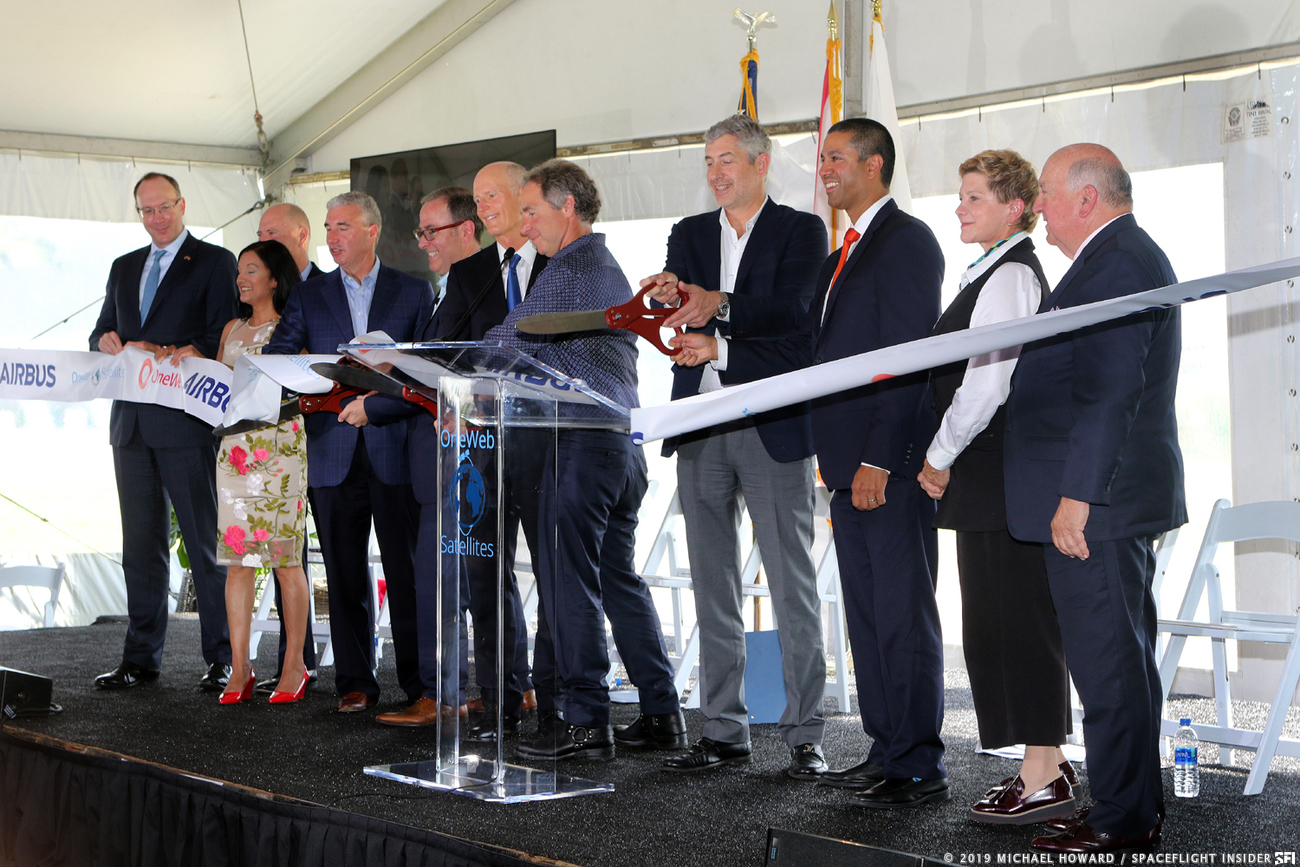 The event was attended by numerous officials both within the space industry as well as representatives with the State of Florida. These included: included FCC Chair Ajit Pai, US Commerce Secretary Wilbur Ross, US Senator Rick Scott, US Assistant Secretary of State for Economic and Business Affairs Manisha Singh, Frank DiBello, the CEO President of Space Florida Photo Credit: Mike Howard / SpaceFlight Insider

Pai praised the project as one that will close the digital divide between those who have Internet access and those who do not, noting the new generation of satellites will give all Americans “the benefits of the digital age.”

Founded in 1990, Airbus is a major provider of passenger airlines and space-related services. In 2018, the company employed approximately 134,000 people and made around $64 million in profits. OneWeb was founded in 2012 with the objective of using low-Earth orbiting satellites to provide everyone in the world with Internet access.

OneWeb Satellites plans to scale up its operations from an initial construction of 650 satellites to a total of 1,980. Through its supply chain, the joint venture expects to indirectly generate around 3,000 jobs.

“This is a defining moment in the history of OneWeb, and the space industry. With today’s opening, we are one step closer to connecting the unconnected for the benefit of societies all over the world,” said Adrian Steckel, CEO of OneWeb. “As we gear up for more satellite launches at the end of the year, this facility will ensure we can begin delivering global connectivity in some areas as early as next year and globally in 2021.”