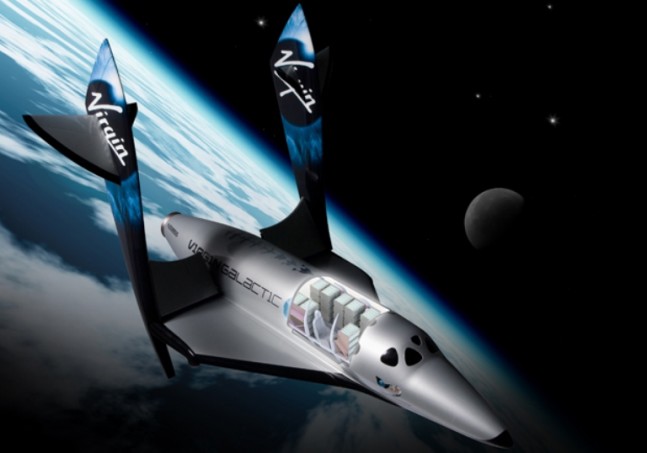 A report issued by the National Transportation Safety Bureau (NTSB) has stated that the two tail stabilizers conducted what is known as “feathering” – far earlier than scheduled during Friday’s powered test flight of Virgin Galactic’s SpaceShipTwo. The announcement came two days after the accident on Sunday, Nov. 2. The fact that the system, pioneered by the private space plane’s SpaceShipOne predecessor, deployed earlier than it was designed to – turns attention away from initial suspicions that the commercial spacecraft’s new fuel might have been the cause for the accident.

The NTSB’s acting chairman, Christopher Hart, stressed that the root cause of the disaster is still largely unknown and that their is a wealth of data that has to be reviewed before the board issues its findings.

On Oct. 31, just two days after an Orbital Sciences Corporation Antares rocked exploded a few seconds after liftoff, Virgin’s SS2 spacecraft detached from its WhiteKnight Two carrier aircraft and, essentially, disintegrated at an altitude of about 50,000 feet (15,240 meters) a few moments later. Even though on a normal flight the spacecraft would only reach sub-orbit – it stills needs to dramatically slow its descent – enter the feathering system.

Video courtesy of the NTSB

By “feathering,” the stabilizers move from a horizontal to vertical position relative to the spacecraft. This system is normally activated when the trip is complete and the vehicle is being prepared to return home. It appears that on Friday – the system was activated shortly after SpaceShipTwo’s rocket engine was activated.

According to a report appearing on SpaceFlight Now: The tail booms extended after they were unlocked, even though they were not commanded to do so, Hart said. SpaceShipTwo’s pilots normally must unlock the feathers, then send a separate command to move the tail booms into position for descent.

Approximately two seconds after this uncommanded feather took place – the spacecraft disintegrated. Telemetry and video data was lost when this occurred.

Virgin Galactic has sold an estimated 700 tickets, each priced at $200,000 for space “tourists” to take 15 minute suborbital flights, where they would encountered a few moments of weightlessness. The first paid flights were supposed to take place in 2007, however, just in the past few months, the company’s CEO, British billionaire Sir Richard Branson announced that the first flights would not take place until 2015.