No financial help coming from Aerojet Rocketdyne for Pad 0A cleanup 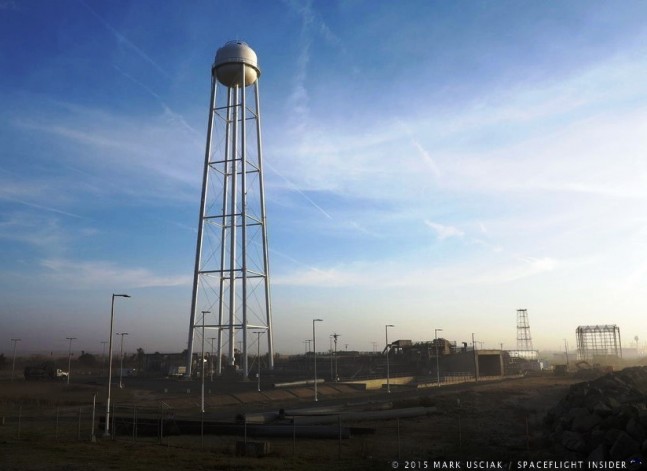 It appears that Aerojet Rocketdyne, the manufacturer of the AJ26 rocket engine, will not be providing financial assistance for repairs to Pad 0A at NASA’s Wallops Flight Facility’s Mid-Atlantic Spaceport’s (MARS). These repairs become necessary after an Orbital ATK Antares exploded approximately twelve seconds into flight on Oct. 28, 2014.

The accident investigation had determined that the most probable cause of the explosion was due to excessive wear in the turbopump of one of the two AJ26 engines in Antares first stage. This resulted in the catastrophic loss of the rocket – the Cygnus spacecraft that was its payload and parts of Pad 0A as well.

The investigation into what took place used the telemetry received back at launch control as well as what limited remains were available to determine that the following was the most likely series of events:

Parts of the turbopump apparently tore through the engine, thereby reducing the Antares’ forward thrust. The rocket then fell earthward, crashing directly onto the launchpad. As mentioned, Antares’ payload for the flight was the cargo-carrying Cygnus spacecraft. It was meant to be the third cargo run (Orb-3 ) to the International Space Station (ISS) under Orbital ATK’s $1.9 billion commercial resupply contract with NASA.

The resulting explosion from the engine failure and subsequent crash of the Antares left Pad 0A with a lot of repairs. While the damage is extensive, it was a lot less than it could have been. There was only minor damage to the fuel and oxidizer storage tanks as well as the water tower. Many of the pad components, such as the strong-back, had moderate to heavy damage that is repairable. The lightning towers suffered major damage and will need to be replaced before the site is usable again. Additionally, there is a lot of environmental damage. Site clean cleanup and repair is underway and MARS expects to have Pad 0A working again prior to the planned March 2016 return to flight of Antares. The Orb-3 Antares explodes after a turbopump in one of its two AJ26 rocket engines experienced a failure. Photo Credit: Joel Kowsky / NASA

A report appearing on Space News states that the amount of damage caused was estimated at $13 million with about $2 million worth of repairs still remaining. To find out more about the dynamics of this evolving situation, SpaceFlight Insider reached out to Orbital ATK for more information.

“The quick answer is that, no, Aerojet Rocketdyne won’t be contributing to the expenses,” said Jennifer Bowman, a spokesperson for Orbital ATK. “We should see flights resume next year.”

The AJ26, or NK-33 as it was called when it was constructed 40 years ago when they were built by the Kuznetsov Design Bureau for use on the N-1 Moon rocket, has encountered at least two failures at NASA’s Stennis Space Center during tests.

Orbital ATK needs to step up to the plate and do the right thing and pay for the damage they caused. It’s not Virginia’s responsibility to foot this bill, they did nothing wrong. And it’s not the tax payer(NASA)responsibility to pay for Orbital’s mishap. What’s really odd, is Orbital and many others on certain blogs seems to think Orbital shouldn’t have to pay since Virginia didn’t have the insurance coverage to pay for the repairs. If you damage someone else’s property, it’s your obligation to pay for that damage whether the injured party has insurance or not, Period. So, Orbital ATK needs to stop whining and casting blame on everyone else and pay up. If I was NASA, I’d take this childish behavior into consideration on any future contracts.

I don’t think that Orbital ATK–or its insurance company–will avoid paying the bills. It is only Aerojet Rocketdyne–a subcontractor of Orbital ATK’s–that will not be paying.

I wonder if this announcement and the fact Orbital ATK is not challenging it means that the foreign object damage from the fuel tank is looking more like the leading candidate for a cause?
http://www.reuters.com/article/2015/02/20/us-orbital-atk-gencorp-explosion-idUSKBN0LO28P20150220

I totally agree with Daniel and Tom above. There seems to be this play by Orbital ATK to play down the FOD that was supposedly left in the fuel tank. But yet Orbital ATK has pointed fingers at every contractor they could come up with some far fetched reason to cast blame. Non of these accusations have stuck, because there was no basis for it. I also think it’s time NASA take action and tell Orbital ATK to pay up or make them ineligible for CSR2.

I’m curious. Back in the “good old days” in the late 1950s and 1960s when launch accidents were much more common (as were accidents that resulted in major pad damage), who paid for the launch pad repairs following an accident? The rocket builders or the government? And is this launch different because technically it was a commercial launch? I would assume that there would be detailed contracts between the government, the contractors, subcontractors and insurance underwriters that clearly spell out who pays for what under various circumstances. Isn’t this the reason the various parties employ teams of lawyers to protect each other?