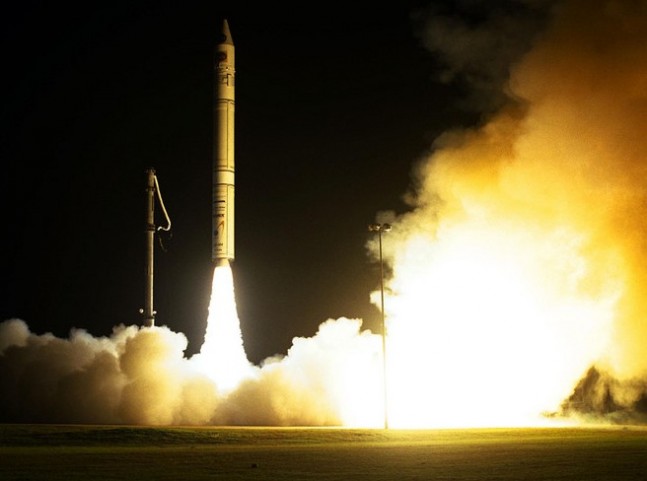 CAPE CANAVERAL, Fla — Space Florida, the Sunshine State’s organization tasked with the maintenance and expansion of the aerospace industry, announced on July 15 that one of Cape Canaveral’s sites, Space Launch Complex 46 (SLC-46), would be renovated to support upcoming missions. This comes at a time when the term “multi-user spaceport” is used and, with this latest announcement, a new player could be making their way to the historic Cape Canaveral Air Force Station.

If everything proceeds according to schedule, Orbital ATK will be the next firm to use SLC-46. Under a $23.6 million agreement with the U.S. Air Force’s Operationally Responsive Space Office, the aerospace company will use a Minotaur IV booster to launch the ORS-5 SensorSat spacecraft. That mission is set to fly in mid-2017. “Launching from the Cape adds another capability to our program and brings us to four ranges from which Minotaur can launch,” said Rich Straka, Vice President and General Manager of Orbital ATK’s Launch Vehicles Division in a statement released by the company. “This flexibility and multiple vehicle configurations enables Minotaur launch vehicles to be tailored to meet mission requirements while offering the lowest cost flight-proven launch vehicles available to the U.S. government.”

NASA is also planning on using the site, which last supported a launch on Jan. 27, 1999, with the flight of a Lockheed Martin Athena 1 rocket that had carried Taiwan’s first satellite – ROCSAT-1.

SLC-46 is designed for smaller launch vehicles, which make it optimal as the location for the Orion Multi-Purpose Crew Vehicle Ascent Abort 2 test flight (AA‑2). NASA is currently planning on conducting that launch in 2019. To prepare the site for future launches, Orbital ATK has been tasked with upgrading communications and data systems.

“Space Florida is very pleased to welcome Minotaur and NASA back to LC-46,” said Space Florida President and CEO Frank DiBello. “Their return represents a new dawn of activity for this storied launchpad and the rise of the Cape Canaveral Spaceport as [a] true multi-user spaceport for government and commercial users alike.”

Since the end of the Space Shuttle Program, the various agencies in and around Florida’s Space Coast have worked to utilize key assets that were left over after NASA’s fleet of orbiters were retired in 2011.

“This is a prime example of where the synergies from the Orbital ATK merger are providing real benefits to our customers, by being able to deploy one launch team that possesses expertise from critical propulsion and avionics subsystems, to the full systems engineering understanding of the vehicle,” said Scott Lehr, President of Orbital ATK’s Flight Systems Group.