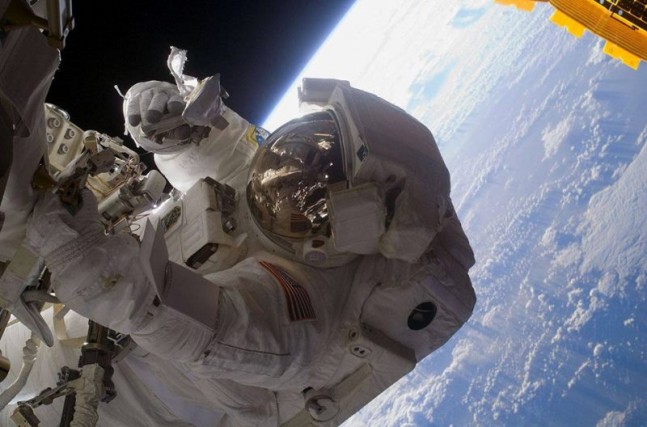 NASA’s commercial partners laboring under the space agency’s Commercial Crew Program (CCP) are making steady progress toward launching astronauts to the International Space Station (ISS). The accomplishments were made in February under NASA’s Commercial Crew Integrated Capability and Commercial Crew Development Round 2 initiatives. This progress comes at a time when the United States is looking to distance itself from one of the other partners on the ISS Program – Russia.

According to a release issued by NASA on Monday, March 31, all four of the private companies endeavoring to launch crews to the space station are meeting their required milestones on time – and on budget. These four firms are: Space Exploration Technologies (SpaceX), Blue Origin, The Boeing Company, and Sierra Nevada Corporation (SNC).

Each of the quartet’s offerings are being put through their paces by NASA through a series of tests and evaluations. If all goes according to plan? One, perhaps two of them will be tapped to provide commercial transportation services to the orbiting laboratory. Currently, the only means of access to the ISS is the Russian Soyuz spacecraft. With Russia’s military actions in the Ukraine and subsequent sanctions issued by the Obama White House – these spacecraft are viewed as being crucial. NASA hopes that by handing over the responsibility of sending crews to the ISS to commercial companies, that the Space Agency can once again return to the business of space exploration. Photo Credit: NASA

“We have been very pleased to see all the companies in this extraordinary partnership continue to hold to schedules of development that keep us on a path to resume flights into space for astronauts on American-made spacecraft lifting off from U.S. soil,” said NASA’s acting head of the Commercial Crew Program Kathy Lueders.

The newest member of the CCP family, Blue Origin, has completed a review of a sub-scale propulsion tank (essentially a scaled-down article of the actual tank). The review covered the design, development and assembly of the tank. Blue Origin’s offering has been dubbed the “Space Vehicle.” Engineers will now look over the processes involved with the tank’s construction as well as other features to evaluate them for actual missions.

Blue Origin, owned by Amazon mogul Jeff Bezos, runs under the motto of “Gradatim Ferociter,” which is Latin for “Step-by-Step, Ferociously.” Next up for Blue Origin is Blue Origin is the interim design review of the Space Vehicle’s subsystems.

Boeing’s Crew Space Transportation System or “CST-100” spacecraft also completed a design review this past February. The study looked into the primary structure of the spacecraft. According to NASA, this puts Boeing on the path to begin production of elements of the CST-100 can begin. Much like the Apollo capsule and NASA’s forthcoming Orion Multi-Purpose Crew Vehicle, CST-100 is comprised of a service module which houses the vital elements and plumbing of the spacecraft including propulsion and abort systems. The command module where a crew of up to six will ride. SpaceX has made steady progress since being founded in 2002. Photo Credit: SpaceX

The review validated that the materials used on the CST-100 would be up to the task of ferrying crews to and from the space station. Boeing has opted to use the Atlas V launch vehicle to set the CST-100 on its path to orbit. The rocket uses the RD-18o engine, which is produced at present in Russia by NPO Energomash.

April is a big month for the CST-100 with Boeing’s offering poised to have its software reviewed. While this might not seem as critical as propulsion or abort systems, the software is what controls these systems, serving as the spacecraft’s central nervous system.

The front runner in the race to replace U.S. crew launch capabilities – is SpaceX. The Hawthorne, California-based company has already sent an unmanned version of its Dragon spacecraft to the ISS – three times. The company relies on a launch vehicle that is produced in-house – SpaceX’s Falcon 9 rocket. Which, to date, has conducted eight missions with a variety of payloads. SpaceX completed a design review of the firm’s ground systems. Although not as glamorous as the rockets and spacecraft themselves – these systems are vital toward getting crews off the pad and on their way to orbit.

Engineers with NASA looked over SpaceX’s plans where the NewSpace firm would adapt existing structures at Kennedy Space Center in Florida for use with Dragon. This actually is more complicated than it might at first appear. Under NASA requirements, crews must be able to not only safely climb into Dragon, but in the event of an emergency – there needs to be a means in which to rapidly get out of the spacecraft. But the reviews don’t stop there. SpaceX has a integrated critical design review which is described as covering all of the elements that would comprise a crewed Dragon spacecraft as well as its Falcon 9 booster. Not far down the road, later this summer and SpaceX has two launch abort systems tests slated to take place. For his part, SpaceX’s founder and CEO Elon Musk has expressed no doubts about his company’s trajectory.

“SpaceX, along with our partners at NASA, will continue to push the boundaries of space technology to develop the safest, most advanced crew vehicle ever flown,” Musk said.

Last, but not least, is the most unique of all the Commercial Crew participants – Sierra Nevada Corporation’s Dream Chaser space plane. Derived from NASA’s HL-20, the stubby shuttle underwent a battery of wind tunnel tests at NASA’s Langley and Ames Research Centers. As SNC has also tapped ULA’s Atlas V to boost the spacecraft to orbit, the rocket also had to partake in these tests. Now, engineers must pour over the data accumulated from these tests.

NASA is currently working on a two-pronged approach to space efforts. The Space Agency is working to empower these private companies to handle delivery of crew members to the ISS while NASA works to launch astronauts to destinations beyond the orbit of Earth. Current places planned for NASA’s new heavy-lift Space Launch System booster and Orion spacecraft duo to send crews to? An asteroid towed into lunar orbit by around 2025 and to Mars in the 2030s.