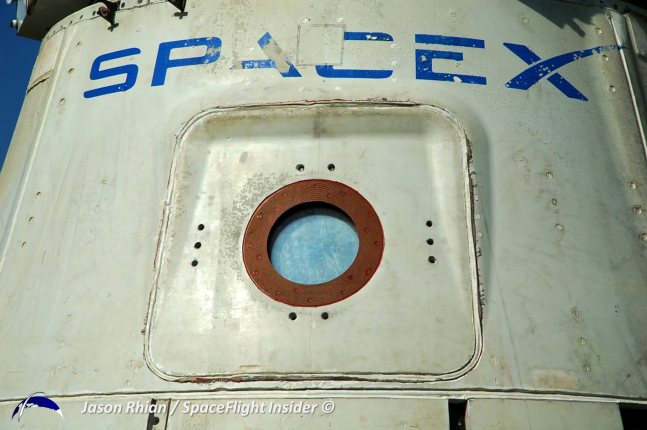 NASA’s Commercial Crew Program is poised to make great strides in the coming year, ones which could serve to validate the two-pronged approach on which the space agency has been directed. NASA is to return to the business of sending crews to deep space missions to destinations such as an asteroid in the mid 2020s and Mars in the 2030s. As the Space Agency looks to places beyond, it will cede the responsibility of delivering crew and cargo to the International Space Station (ISS) to a handful of commercial companies. As these companies continue to validate their various designs, they are entering the final stretch toward when these craft will take flight.

NASA has recently announced that it will be announcing awards by the end of this summer under its Commercial Crew Transportation Capability (CCtCap) effort which could lead to operational, crewed flights to the ISS. If all goes according to NASA’s plans, these companies could be ferrying astronauts to and from the orbiting laboratory within three years time.

There are four firms currently working under NASA’s Commercial Crew Program: Blue Origin, which is developing its Space Vehicle, Boeing with its CST-100 capsule-based spacecraft, Sierra Nevada Corporation’s Dream Chaser space shuttle and Space Exploration Technologies’ (SpaceX) Dragon capsule. Of the three, only Dragon has taken to the skies – and on three missions to the ISS no less (albeit in an unmanned cargo-bearing configuration).

All four companies are making steady progress toward their goals. Boeing has announced they are moving toward integrating their service module with its CST-100 capsule, having completed a design review in 2013. The company’s goal is to test all systems together as a whole. “Boeing’s goal is to develop a safe and reliable commercial space transportation system and these reviews are vital to meet that goal. They help ensure that the spacecraft and its myriad systems will work together to accomplish challenging missions, which require the utmost attention to detail,” Caliendo related. Sierra Nevada is also working to advance the propulsion and reaction control systems of its Dream Chaser, which is scheduled to make a second free-flight test. Cheryl McPhillips, NASA’s Partner Integration Team lead for SNC, commented on their aims for 2014 and their 2013 accomplishments.

“The road map to understanding how safe and reliable a crew transportation system is takes a lot of details and dedication from all parties involved. When building a system that is to be trusted enough to carry humans into space, the most important part is building in safety from the start. SNC has made significant progress with its Dream Chaser to date,” she said. SpaceX flew the upgraded version of its Falcon 9 rocket in 2013 – twice. It also made steady progress toward crew-rating the firm’s Dragon spacecraft to carry astronauts to the International Space Station. Photo Credit: John Studwell / SpaceFlight Insider

SpaceX, unveiled its upgraded Falcon 9 v1.1 launch vehicle in 2013 through a series of successful launches, continues to work in making this rocket available for future manned launches. This year, the company will continue to conduct extensive reviews, and will also conduct abort tests utilizing the “SuperDraco” thrusters. Derek Hassmann, NASA Partner Integration Manager working with SpaceX, discussed the company’s ultimate goal of sending astronauts into orbit via the new configuration.

“With the upgrade from version 1.0 to a 1.1, SpaceX introduced a number of new systems including new engines, new software and new avionics. The overall conclusion is that SpaceX is on the right track. The goal really isn’t to judge their design, but to see how they cope with anomalies, see how they track their processes and control their hazards and how they’re able to deal with the unexpected,” he emphasized.

Naturally, with anything as complex and potentially dangerous as space travel, NASA has required that all spacecraft competing under CCtCap be placed through rigorous testing via milestones. These can range anywhere from testing of flight software and avionics to having to conduct free flight tests. The Dream Chaser successfully completed such a test last October. NASA has expressed complete confidence in the companies competing under CCP.

“Our partners have steadily moved pieces from the drawing boards and computer screens to factory floors and test stands across the country,” said NASA’s Acting Manager of CCP Kathy Lueders in a NASA-issued press release. “The new year offers exciting opportunities for these companies to demonstrate the reach and potential of their hard-earned innovations.” Each company competing under Commercial crew has to undergo rigorous testing and verification to ensure the safety of the spacecraft they produce. Photo Credit: SNC / NASA

Although 2013 saw a number of advancements in terms of Commercial Crew, it also encountered some issues.

Lueders assumed leadership of CCP after the departure of Ed Mango who, according to a Space News article via Florida Today, stepped down after pleading guilty to failing to disclose he had a financial interest with Candrea Thomas, a fellow NASA colleague. Thomas had been arrested in December of 2012 after submitting forged driving permits to NASA. Also, the October free flight test of Dream Chaser ended with the flight test article encountering a failure in the landing gear which apparently caused the flight test article to roll off the runway.

With this announcement of all four companies’ 2014 goals, the Commercial Crew Program is moving closer to a reality than a concept. The collaboration of private companies with NASA is intended to move the ISS into its next phase of exploration, hot off the heels of the announcement that its mission has been extended through 2024. NASA hopes to have astronauts journey to orbit using the offerings produced by the Space Agency’s commercial partners within the next three years. Photo Credit: Mike Howard / SpaceFlight Insider