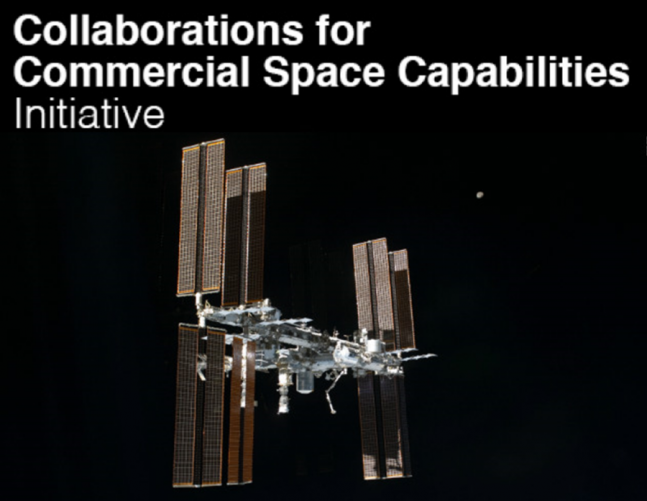 On Tuesday, Dec. 23 NASA announced that the space agency had tapped four aerospace firms to further its efforts to develop new space capabilities. What NASA has called the Collaborations for Commercial Space Capabilities (CCSC ) initiative, in an unfunded agreement with these companies to further the agency’s various commercial efforts and is meant to utilize the experience and the private sector’s infrastructure to attempt to create new technologies.

The CCSC is designed to help the private space sector in the development of integrated space capabilities by allowing these companies to have access to technologies and resources that NASA has created and honed during the first half-century since its formation in October of 1958. The four company’s that NASA has selected NASA has encountered success with some of its commercial ventures. Image Credit: NASA /SpaceX

NASA has stated that the agency hopes that these companies will develop products and services which will be available within the next five years or so.

To help accomplish this under the restrictive budget that the space agency currently operates under, NASA and the four companies noted above will work under unfunded Space Act Agreements (in short, no money will exchange hands, but these companies will instead have access to NASA resources and experience). While it might not seem like much to the outsider, for the newer companies involved with this effort, this is a windfall in terms of access and information.

NASA brings more than five decades worth of spaceflight experience to the table and each of these companies will gain access to technical expertise, assessments, technologies, data as well as lessons learned through trial and error – that they simply cannot find anywhere else. For NASA, these types of agreements are also beneficial as they incur no cost and provide the agency with synergistic experiences that keep the agency flush with new concepts and methodologies.

Public-private agreements such as CCSC are all the rage with NASA, with the agency sponsoring the following in just the past few years alone:

Commercial Resupply Services – Operational initiative to ferry cargo, experiments and supplies to the ISS. To date, six missions have traveled to the orbiting laboratory and carried some 19,052 lbs (8,642 kg) worth of cargo and supplies to the only current destination in low-Earth orbit.

Commercial Crew Program – NASA’s effort to cede transportation of astronauts to the ISS.

Under its current directive, NASA has not only been tasked with enabling commercial companies to handle some of the responsibilities that the agency has handled for its first fifty years. After a hiatus of more than four decades, NASA will now attempt to return to the business of sending astronauts to destinations in deep space. The space agency is hoping to send a crew to an asteroid by 2024 and missions to Mars sometime in to 2030s.

The criticism of Orion and the SLS is mostly what you see in most comments for NASA articles. The New Space scam marches on, sucking up more tax dollars for LEO tourism while calling it space travel. You have to go somewhere to call it travel. Low Earth Orbit is not even really space; it is a very high altitude low drag domain under the protection of the Van Allen belts. LEO has as much in common with space as a catfish pond does with the North Atlantic. The endless circles of Low Earth Orbit go nowhere- LEO is a dead end. The elephant in the room is space radiation and the reason there are no GEO space stations replacing the present satellite junkyard. The only practical way to acquire the massive shielding required for human beings to live in space is to use water derived from the ice on the Moon. The Moon is the one place the New Space mob wants nothing to do with because a program to exploit lunar resources would end their LEO tourism scheme. Fear of going to the Moon is also why they hate the SLS and Orion and cyberbully any who support it.

Tomorrow NASA has a GEO station, I won’t even go into the part about Congress not funding it, but how would NASA get personal to the GEO station? The elephant in the room is the lack of NASA funding.

The present GEO satellite network generates billions in revenue (about 180 billion in 2011 for the entire satellite industry). That’s ten times NASA’s entire budget. That network is rapidly turning into a time bomb of space debris consisting of dead satellites and space junk. The solution is to replace that gold mine of junk in a ring around the Earth with human crewed space stations. The reason there are no such telecommunications space stations in GEO is radiation. Not because it is cheaper; humans on a shielded space station would deliver far better service- an increase by magnitude of connectivity. Far more profit by any measure. In dollars it would be much like ships going through the Panama Canal instead of going the long way.

It is not about funding- the money would be made back within a short time. The problem is getting the thousands of tons of shielding necessary for such space stations. If you have to bring that shielding up from Earth then it becomes impractical because of the expense- not because of a lack of funding. There is a big difference. The gravity well of the Moon is one sixth that of Earth and establishing a lunar infrastructure to exploit lunar ice-as-shielding is the key.

Like any large state sponsored project, from gargantuan dams to canals cutting across land masses, this is simply a decision that has to be made. I could go on describing the Heavy Lift Vehicles and other necessary prerequisites that the New Space manifesto runs counter to but I would hope you understand where I am coming from now Don.