NASA and partners confirm: Astronauts to take part in commercial launches in 2017 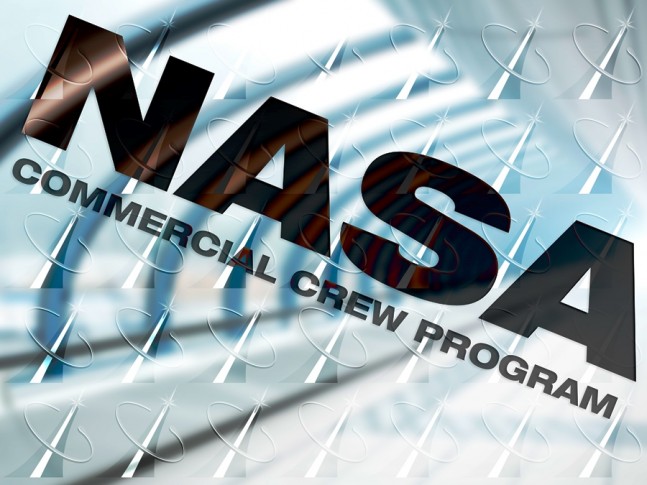 NASA and its commercial partners Boeing and SpaceX confirmed plans to launch astronauts to the ISS in 2017. Image Credit: NASA

In a news conference airing on NASA Television Monday, Jan. 26, NASA and its commercial partners sounded a note of optimism with respect to the agency’s Commercial Crew Program (CCP ). A panel of NASA administrators and astronauts sat alongside representatives from Boeing and Space Exploration Technologies (SpaceX ) to provide an updated assessment on exactly when space-watchers could expect renewed manned launches from American soil.

After teasing late last week that an announcement was forthcoming on CCP’s progress, the tenor of today’s press conference met the expectations of viewers. Both industry finalists under NASA’s Commercial Crew Development (CCDev) initiative, Boeing and SpaceX, offered more detail on ambitious schedules regarding simulated and manned test flights. Such flights are in anticipation of resuming manned flights to the International Space Station (ISS). SpaceX’s Dragon V2 spacecraft was unveiled under much fanfare and was confirmed by NASA as one of the two spacecraft to be moving forward under CCP in Sept. 2014. Photo Credit: SpaceX

As a NASA article relays, “According to Boeing, the company’s schedule calls for a pad abort test in February 2017, followed by an uncrewed flight test in April 2017, then a flight with a Boeing test pilot and a NASA astronaut in July 2017.” John Elbon, vice president and general manager of Boeing’s Space Exploration division, was enthusiastic. “Never before in the history of human spaceflight has there been so much going on all at once. NASA’s exploring places we didn’t even know existed 100 years ago.”

SpaceX is on a similar trajectory. The company “said they anticipate a pad abort test in about a month, then an in-flight abort test later this year as part of its previous development phase. An uncrewed flight test is planned for late 2016 and a crewed flight test in early 2017.” Until now, the most detailed information available on SpaceX’s website only anticipated manned test flights within 2-3 years.

As Boeing and SpaceX test and demonstrate their systems, NASA will continue in its role as assessor and quality control evaluator. Both partners will utilize facilities at Kennedy Space Center and Cape Canaveral Air Force Station. Boeing will use Launch Complex 41 at Cape Canaveral, while SpaceX will employ Launch Complex 39A at Kennedy, which it leased from NASA in December of 2013. Through these partners, NASA will regain the capacity to launch astronauts into low-Earth orbit from the United States. Since the termination of the Shuttle program in 2011, NASA astronauts have flown on Russian Soyuz leaving from Baikonur Cosmodrome in Kazakhstan. This capacity will be exercised through commercial contracts with the launch providers, unlike the Space Shuttle, which the agency operated directly. NASA hopes this approach will prove more cost-effective, will stimulate a more vibrant American aerospace industry, and will leave the agency focused on developing its deep space capacity.

NASA was also quick to point out the advantages to science of a resumed American launch capacity. As the agency notes, “The new spacecraft will allow the station’s crew to expand to seven astronauts and cosmonauts, which means twice as much time for research aboard the one-of-a-kind scientific platform – 80 hours a week instead of the current 40.”

And such an event was notable for more than just the clarification of previously opaque timelines. This marks the first time since the September 16 announcement of NASA finalists that all parties have appeared to discuss their progress together, and they did so with enthusiasm.

Astronaut Mike Finke, who commanded the Space Station, said, “It’s a great time to be a part of the American space program, which is on its way to Mars. There’s not another group on this planet, or off this planet, that wants the success of the Commercial Crew Program more than we do.”

In his remarks at the event, NASA Administrator Charlie Bolden sounded an equally optimistic note. “It’s an incredible testament to American ingenuity and know-how, and an extraordinary validation of the vision we laid out just a few years ago as we prepared for the long-planned retirement of the space shuttle. This work is part of a vital strategy to equip our nation with the technologies for the future and inspire a new generation of explorers to take the next giant leap for America.” One can only be hopeful and optimistic that the timelines aren’t pushed back. Until then, both Scott Kelly’s and Mikhail Kornienko’s One-Year flight is the big HSF highlight.