On Thursday, Nov. 29, NASA announced the Commercial Lunar Payload Services Program in which the space agency hopes it will become one customer among many. Photo Credit: Mark Usciak / SpaceFlight Insider

Remarks made on Thursday, Nov. 29 reinforced NASA’s assertion it was returning to the Moon. The agency is now working with commercial partners in an effort to produce a lunar transport “market” one designed to further enable scientific exploration of our closest celestial neighbor.

During a presentation held on Thursday, Nov. 29 at the agency’s headquarters located in Washington D.C., NASA Administrator Jim Bridenstine unveiled the Commercial Lunar Payload Services Program (CLPS). This new plan hopes to allow for a diverse array of customers send their payloads to the Moon. Under this architecture, NASA would become one “among many” customers.

Much like NASA’s Commercial Resupply Services and Commercial Crew Program, NASA wouldn’t own these vehicles, it would purchase their services from the firms that produced them. CLPS is a multi-award contract worth $2.6 billion over the course of its 10 year performance period. 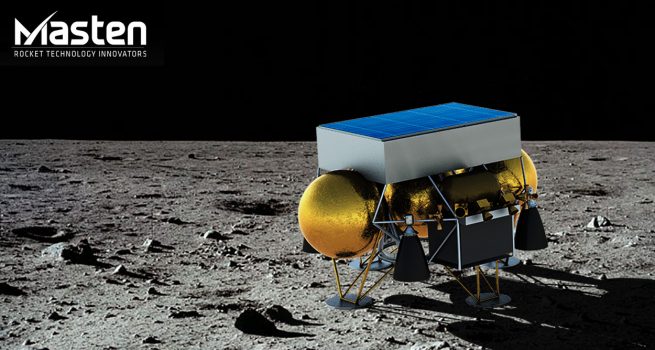 Artist’s depiction of Masten’s XL-1 lander on the surface of the Moon. Image Credit: Masten

“We have been maturing our lander technology over the last 10 years in preparation for this day,” Matthew Kuhns chief engineer with Masten Space Systems and SpaceFlight Insider contributor said when asked what this means for Masten. “Growing from the NASA Centennial Lander Challenge through working with NASA CATALYST(Lunar Cargo Transportation and Landing by Soft Touchdown) and now CLPS is very exciting!”

Masten’s XL-1 lander has two payload bays with the capacity of delivering an estimated 220 lbs (100 kilograms) of mass to the lunar surface.

Of these nine companies, only Lockheed Martin has experience in terms of producing spacecraft that have flown in space. Some of these have already made successful voyages to the Moon and Mars.

“We’re no stranger to commercial space business models, having built more than 100 commercial satellites and launched numerous Atlas and Titan commercial payloads,” said Lisa Callahan, vice president and general manager for Commercial Civil Space at Lockheed Martin. “On our last 10 interplanetary missions for NASA, we delivered on or ahead of schedule, and on budget. We want to assure payload customers who select Lockheed Martin can be confident that we’ll deliver on-time and on-budget.” 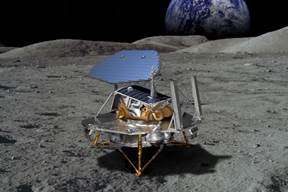 Lockheed Martin’s lander concept has been dubbed the McCandless Lunar Lander. Although not tied to the aerospace giant’s human-rated spacecraft, the company noted its experience with developing vehicles similar to this new lander.

“There isn’t a direct connection to Orion, but this offering does pull from our planetary heritage overall. With previous missions like InSight, OSIRIS-REx and GRAIL, our team was able to use this experience to help shape our design for the McCandless Lunar Lander,” a representative with Lockheed Martin Space told SpaceFlight Insider. “This is also the first step toward the Moon in relation to Space Policy Directive-1.”

Lockheed Martin’s lander was named in honor of NASA astronaut Bruce McCandless II who flew on STS-41B and STS-31. McCandless was the first person to conduct an untethered spacewalk (on STS-41B). He passed away on December 21, 2017 at the age of 80.

The theme of encouraging interest in Science Technology Engineering and Math (STEM) was strongly highlighted during Thursday’s announcement with the FIRST Robotics students and other educational groups incorporated into the program. Those involved with CLPS underlined the spirit of cooperation required for complex programs such as this one to be successful.

“We are excited to partner with these amazing companies at the dawn of a new era of lunar and solar system exploration,” stated Moon Express founder & CEO, Bob Richards. “Each are entrepreneurial pioneers of commercial space bringing key capabilities to the table, and we look forward to working with them in offering robotic expeditions to the Moon for science, commerce and exploration.”

No man, or space company, is an island and a number of subcontractors will work with each company to help achieve their goals for Moon Express, these include Sierra Nevada Corporation, Paragon Space Development Corporation, Odyssey Space Research, LLC and NanoRacks, LLC, Houston.

NASA hopes that the first payloads flown under CLPS could be on their way as early as next year (2019).

“Today’s announcement marks tangible progress in America’s return to the Moon’s surface to stay,” Bridenstine said. “The innovation of America’s aerospace companies, wedded with our big goals in science and human exploration, are going to help us achieve amazing things on the Moon and feed forward to Mars.”

That sounds useful and doable.

Develop super propellant efficient solar electric space propulsion systems with a 3,000 Isp to 14,000+ Isp to efficiently haul cargo around in Cislunar space. Develop nuclear thermal powered 900+ Isp rocket engines for large Lunar and asteroid Landers. Mine and colonize the Moon. Build space based solar power systems with Lunar and asteroid resources and beam power down to our CO2 polluted and energy hungry Earth.

“Much like NASA’s Commercial Resupply Services and Commercial Crew Program, NASA wouldn’t own these vehicles, it would purchase their services from the firms that produced them”

This is just fantastic news! A wide array and approach from many companies for propulsion services.

The next 5 years is going to be very exciting.

I note the absences of SpaceX and Boeing from the consortium. They must be on the sh_t list until Bridenstine is done with Elon Musk in the woodshed, whipping him for daring to smoke pot in public even though it’s legal.

NASA can no longer claim to be running a cutting edge space exploration agency… they’ve degenerated to a dysfuntional bloated bureaucracy with no clear sense of direction or how to get there even if they knew where they were going and why.

MEMO to Bridenstine : you should seriously consider toking up on some Bubba Kush . Whatever Elon is doing, it’s working…

Well until I see some details, I’ll remain on the fence. Initially it appears that the funds are being spread too thin and the timeline too long.
Cheers