Why Dream Chaser didn’t win the bid for commercial crew 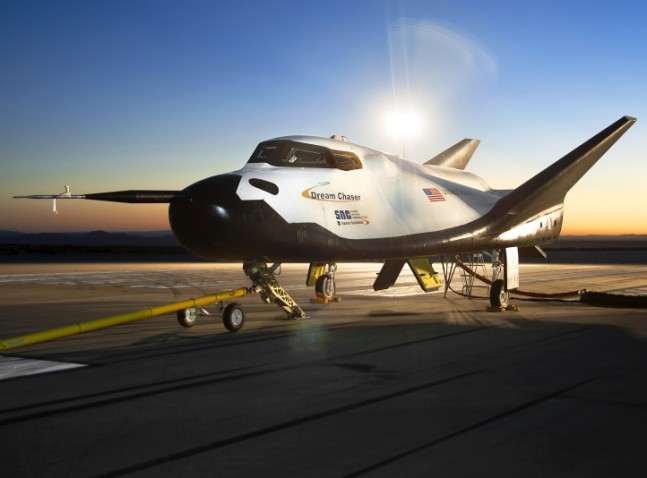 NASA announced on Sept. 16, 2014 that it had selected Boeing’s CST-100 and SpaceX’s Dragon V2 spacecraft to fly astronauts to and from the space station as part of the CCtCap contract, but that Sierra Nevada Corporation’s (SNC) Dream Chaser lifting body was not selected. Ten days after the contract awards announcement, SNC filed a legal protest with the Government Accountability Office (GAO) – who is required to rule on the protest by Jan. 5 – to challenge NASA’s decision to award the contracts to Boeing and SpaceX. This is the first such protest filed by the company in its 51 years in operation.

In the announcement of its protest, Sierra Nevada explained that in NASA’s original request for proposals, cost was the “primary evaluation criteria for the proposals” and that the Dream Chaser was the “second lowest priced proposal in the CCtCap competition.” However, in Gerstenmaier’s internal memo, signed the day before the announcement of the CCtCap awards, he states that: “although SNC’s price is lower than Boeing’s price, its technical and management approaches and its past performance are not as high and [he sees] considerably more schedule risk with its proposal” and that “SNC’s price is significantly higher than SpaceX’s price.” On Sept. 16, NASA announced that only SpaceX and Boeing would be ferrying astronauts to and from the ISS. Photo Credit: NASA

Also in his internal document regarding the decisions for the CCtCap awards, Gerstenmaier complimented SNC’s “strong management approach” to tackling the technical details on time, but noted that SNC had “more schedule uncertainty” within its proposal. The document noted that SNC’s proposed schedule included tests that would occur after crewed flight tests. This would “greatly stress the schedule” because those tests would likely need to be shifted to before the crewed flight tests. In addition to probable schedule shifts, the amount of technical work required for the Dream Chaser would “further extend its schedule beyond 2017”, the year in which crewed flights to the ISS are currently planned to begin.

Gerstenmaier felt that the Dream Chaser’s design was the “lowest level maturity, with significantly more technical work and critical design decisions to accomplish” of the three proposed spacecraft and that the proposal submitted by SNC did not address those concerns. These are the reasons cited for why Sierra Nevada’s Dream Chaser was not selected to become one of the fleet that are supposed to carry astronauts from American soil to the ISS.

In the weeks following NASA’s awards announcement, Sierra Nevada has announced partnerships and programs to keep the Dream Chaser on the market for flights to and from low-Earth-orbit. One such partnership is with Stratolaunch System to create an integrated system so that a scaled version of Dream Chaser can ferry up to three astronauts to space using the Stratolaunch System’s air launcher. Sierra Nevada also announced their Global Project which offers the Dream Chaser as a spacecraft that can be “customized by the client for an array of missions”.

I still hope SNC continues with the developement of Dream Chaser ….. cause it’s just soooo cool!

I have a hunch this was a political decision to give Boeing even more corporate welfare.

For the future I prefer the exciting rocket lander that Spacex is building with their Dragon 2. The Boeing entry plans to use the 1960’s and 70’s style helpless emergency parachute landing. While I like the lines of the Dream Chaser for earth re-entry, winged vehicles are no help for lunar, orbital, or extra planetary use (Mars’ atmosphere is too thin). A blog writer says they feels that the Dream Chaser would boost the imagination of the next generation with it’s “farscape” style version of the 1970’s NASA HL-20 lifting body test plane. Personally I find the idea of a cool rocket lander far more futuristic than what would be essentially just another unpowered glider with little control over it’s fate. Sure both can land on a runway, but one can place itself on an unprepared spot like a rocket helicopter. While the airplane model looks like something we know the rocket helicopter is something very useful when runways have not been constructed where you want to go.

THATSPACEGUY wrote, “…winged vehicles are no help for lunar, orbital, or extra planetary use (Mars’ atmosphere is too thin). This isn’t really relevant, since none of the proposals are for crewed craft that can operate outside of LEO – the entire point of the Commercial Crew contracts and program is offload the regular launches of crew to ISS and any other near-future LEO destinations. Dragon Crew (aka v2) wouldn’t be able to go to Mars either, because it’s only going to be rated for something like 5 – 7 days of occupied use, and the Boeing CST-100 even less. NASA is developing the Orion crew and service module for extended trips, including cis-lunar, and won’t be using any of the CCtCap winners for anything other than LEO. Period.

Personally, while I get that Boeing may be the “safer” choice as far as schedule goes, SpaceX seems very likely to hit the 2017 deadline, and the Dream Chaser would have been a nice complement to Dragon Crew, in that it has a nice cross-range capability and late-descent landing location change ability that the CST-100 doesn’t have at all, and the Dragon Crew would have only a little bit.

“In filings with the U.S. Court of Federal Claims in Washington, Sierra Nevada filed requests for both a temporary restraining order and a preliminary injunction to overturn a NASA decision Oct. 9 lifting an order stopping work on Commercial Crew Transportation Capability (CCtCap) contracts awarded Sept. 16 to Boeing and Space Exploration Technologies Corp.”
http://www.spacenews.com/article/civil-space/42203sierra-nevada-files-suit-to-reinstate-hold-on-commercial-crew-contracts

SNC is still coming after NASA….

I thought the original aim of the CCP program was to stimulate private industry towards the production of craft that would eventually be used by companies/organizations world wide. NASA never said that they would fully fund all applicants, only provide seed money.

It’s easily the coolest solution of the three. I would much rather see astronauts return to earth in a space plane. NASA needs a space plane still. Wish it could go up on the stratolauncher. Glad it will be retained as a freighter at a minimum.