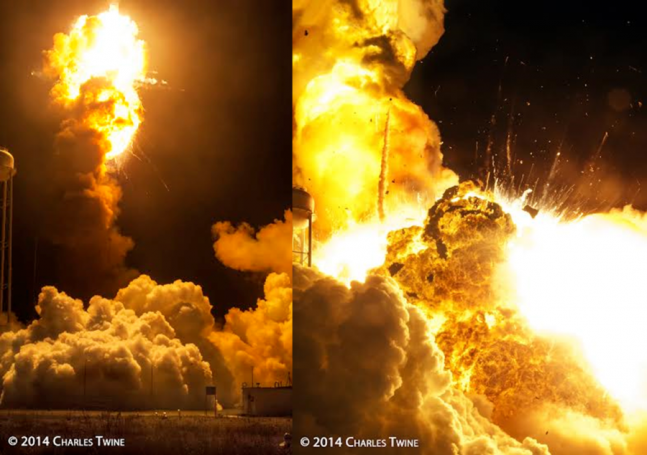 As NASA and Orbital Sciences Corporation worked to determine the root cause of the Oct. 28 failure of an Antares rocket with its payload of a Cygnus spacecraft packed with about 5,000 lbs of supplies – photojournalists waited to have their remote cameras returned to them. These devices were at Wallops Flight Facility’s Pad-0A – and have captured stunning imagery of the event.

SpaceFlight Insider contributor Charles Twine’s camera captured these images of the missions ill-fated voyage. Due to the clarity of these photos, SFI has opted to deliver them to you in as a high a resolution as possible. They provide a glimpse into what it is like when a launch vehicle goes “off nominal.”