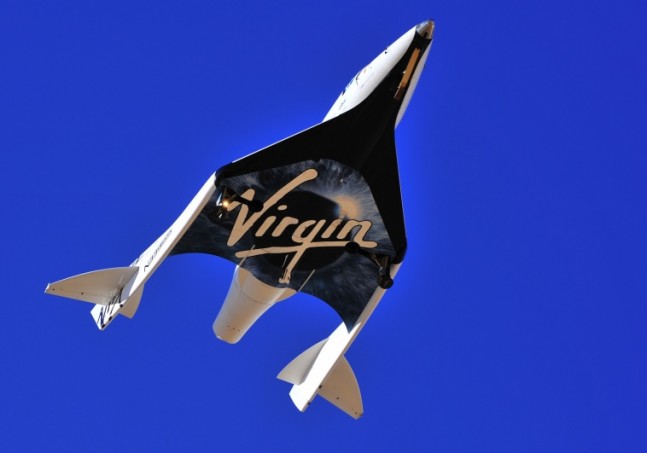 ABC News is reporting that space-tourism company Virgin Galactic has announced that the first flight of their commercial space tourism venture – has slipped to next year. Previously, the company’s owner, British billionaire Richard Branson, had given a number of dates as to when the WhiteKnightTwo and SpaceShipTwo duo would begin ferrying paying customers into the black.

Elected officials in New Mexico bought into the plan and have constructed a quarter-billion-dollar spaceport to support these flights. Those responsible believed that SS2 would begin operations in 2011. However, technical issues involving SpaceShipTwo’s rocket engine have caused that date to repeatedly slip. For their part, Virgin Galactic is stating that they are placing safety in front of scheduling considerations. VG perhaps has good cause to place safety first.

In  2007, three people were killed during a test of SpaceShipTwo’s hybrid rocket engine, it was later determined that the deaths might have been avoided if the company had imposed more stringent safety regulations.

When SpaceShipTwo takes to the skies, tourists will be granted a few minutes of weightlessness and will get to see the Earth from high above where commercial jetliners normally travel. The cost per seat is some $250,000. At present, the company says more than 700 people have booked a trip.

I am not sure that is a full sentence. Seems like something is missing.

The three killed were not testing the engine. They were fueling it.

Steve,
The story doesn’t say they were testing it – it says: “three people were killed during a test of…”

Steve, Infidel,
The accident in 2007 occurred during what, is, known in the industry as a “cold flow test”. Where by fuel in this case Nitrous Oxide, was, allowed to flow and pressurized the engine system without igniting
During this event, three people were next to the motor assy where the valves and ignition system were at the input end of the motor that is, attached to the Nitrous Oxide tank.
All were dressed in civilian clothing and no PPE.
There were also a number of personnel sitting inside the perimeter fence against the fence plus numerous other personnel/bystanders outside the fence.
The SC/VG safety range officer never cleared the test stand site of all personnel as required under there test permit from the FAA and OSHA protocols; to safe area.
It was during the start of the cold flow test that the Nitrous oxide went/became critical and an explosion/detonation occurred, destroying the test stand and adjacent equipment together with killing the three engineers and injuring numerous personnel inside the fence and several outside from the shock wave of the blast.
One engineer outside the fence and partially shielded by the 40 foot container but still blown about 50 feet away; rushed into the test area to try and save his longtime friend, who died in his arms, even though he was quite injured when he entered the destroyed test stand.
Since then SC/VG have got rid of all the evidence against OSHA orders that day, we will never really know what happened- read cover up!
Tom who cares about VG or VirginGalactic acronyms or not etc., some personnel were killed and many injured due to the SC/VG range officers lack of due diligence for full site safety.

Great, insight. Thanks for, the, info.
It would, still, be, interesting to know why, the Nitrous Oxide, went, supercritical, in the first, place;
(,,,)