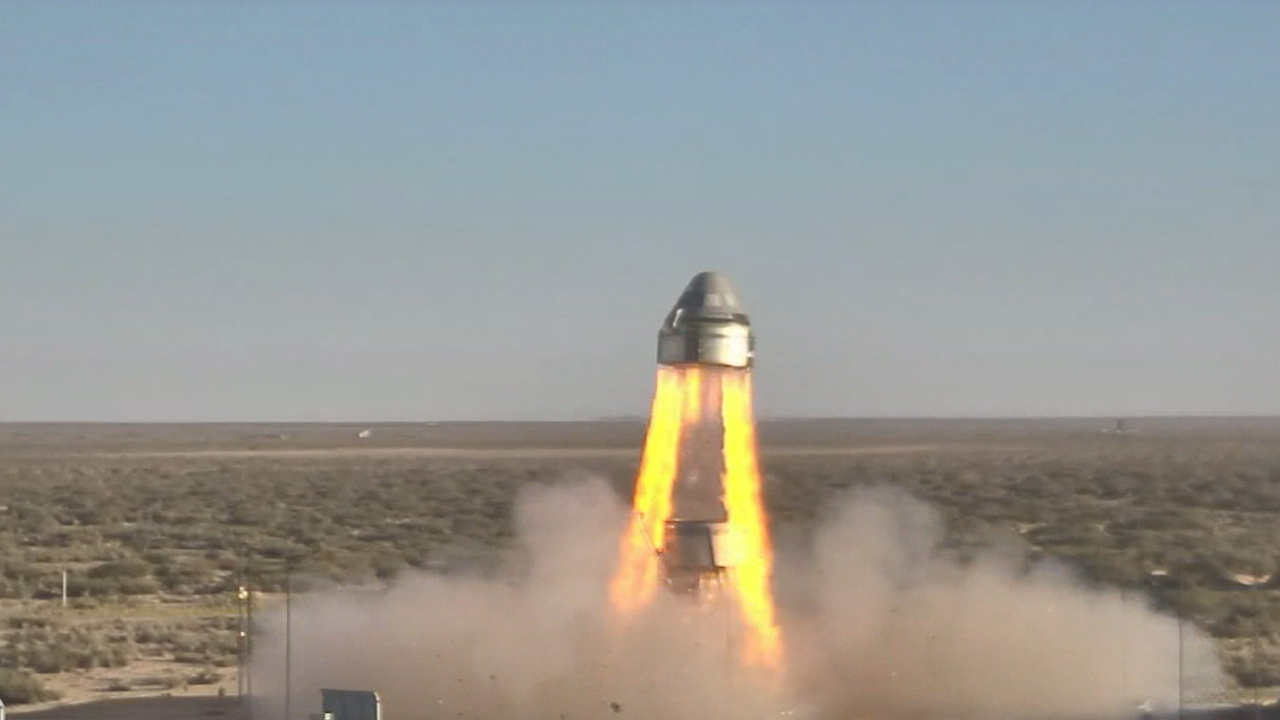 On Nov. 4, 2019 Boeing and NASA conducted a Pad Abort Test of a model of Boeing’s Starliner spacecraft. The test was carried out at Launch Complex 32 located in White Sands, New Mexico. Photo Credit: NASA

With SpaceX steamrolling ahead toward achieving the goal of sending U.S. astronauts to the International Space Station, Boeing took a step of its own today toward accomplishing the same feat.

Boeing’s Starliner, one of two American commercial spacecraft intended to transport astronauts to the International Space Station (ISS), achieved a critical safety milestone earlier today Nov. 4, 2019, with a successful end-to-end test of its abort system.  The test was designed to verify that each of Starliner’s four abort systems will function not only separately, but in concert, to protect astronauts by carrying them safely away from the launch pad in the unlikely event of an emergency prior to liftoff.

“The test team and spacecraft performed flawlessly,” said Starliner Program Manager John Mulholland. “Emergency scenario testing is very complex, and today our team validated that the spacecraft will keep our crew safe in the unlikely event of an abort.”

While once considered to be in the lead in terms of conducting the first test flights, Boeing has slipped behind SpaceX – by at least two months. Image Credit: James Vaughan / SpaceFlight Insider

Though the actual launch of Starliner will take place aboard an Atlas V rocket from Space Launch Complex 41 at the Cape Canaveral Air Force Station (CCAFS), this today’s test took place at another location, Launch Complex 32 at the U.S. Army’s White Sands Missile Range in New Mexico.  The entire test only took about 95 seconds, and actually propelled Starliner to an altitude of approximately 4,500 feet (about twice the height of the world’s tallest building Burj Khalifa in Dubai).

“We’ve tested all these systems individually, so we know the propulsion system fires at the intended levels, and we know the parachutes can support the vehicle and safely slow it down, but the real test is making sure those systems can perform together. That’s when you know these systems are ready to fly people,” said Boeing’s Pad Abort Test Flight Director Alicia Evans. 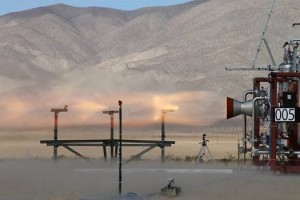 A pitcharound maneuver rotated the spacecraft into position for landing, and two of three of Starliner’s main parachutes deployed just under half a minute into the test, and the service module separated from the crew module a few seconds later. Although designed with three parachutes, two opening successfully is acceptable for the test parameters and crew safety. After one minute, the heat shield was released and airbags inflated, and the Starliner eased to the ground beneath its parachutes.

“Tests like this one are crucial to help us make sure the systems are as safe as possible,” said Kathy Lueders, NASA’s Commercial Crew Program manager. “We are thrilled with the preliminary results, and now we have the job of really digging into the data and analyzing whether everything worked as we expected.”

Added John Mulholland, Vice President and Program Manager, Boeing’s Commercial Crew Program, “Emergency scenario testing is very complex, and today our team validated that the spacecraft will keep our crew safe in the unlikely event of an abort. “Our teams across the program have made remarkable progress to get us to this point, and we are fully focused on the next challenge—Starliner’s uncrewed flight to demonstrate Boeing’s capability to safely fly crew to and from the space station.”

That uncrewed flight, to be conducted by United Launch Alliance and called the Orbital Flight Test, is targeted for about a month and a half from now, on or about Dec. 17, at CCAFS.

SpaceX is the other private commercial company developing a spacecraft to transport astronauts from American soil to the ISS.  They successfully completed an uncrewed mission, called Demo-1, of their Crew Dragon spacecraft to the ISS in March 2019. However, SpaceX experienced a setback about a month later in an evaluation the static fire engine capabilities of their own In-Flight Abort System; the test experienced an anomoly that destroyed the spacecraft on a test stand at SpaceX’s Landing Zone 1, CCAFS.  Undeterred, SpaceX has subsequently conducted and successfully completed a number of other critical safety milestones, including an astronaut recovery exercise (August 13, 2019), and a formal verification of the emergency escape (egress) system (September 18, 2019) at Kennedy Space Center’s Launch Complex 39A.

Neither Boeing nor SpaceX  have announced formal target dates for the much-anticipated launch of their respective spacecraft … with astronauts aboard.

Well, they were testing the abort system not the landing system so yes test ok.
Cheers
Neil