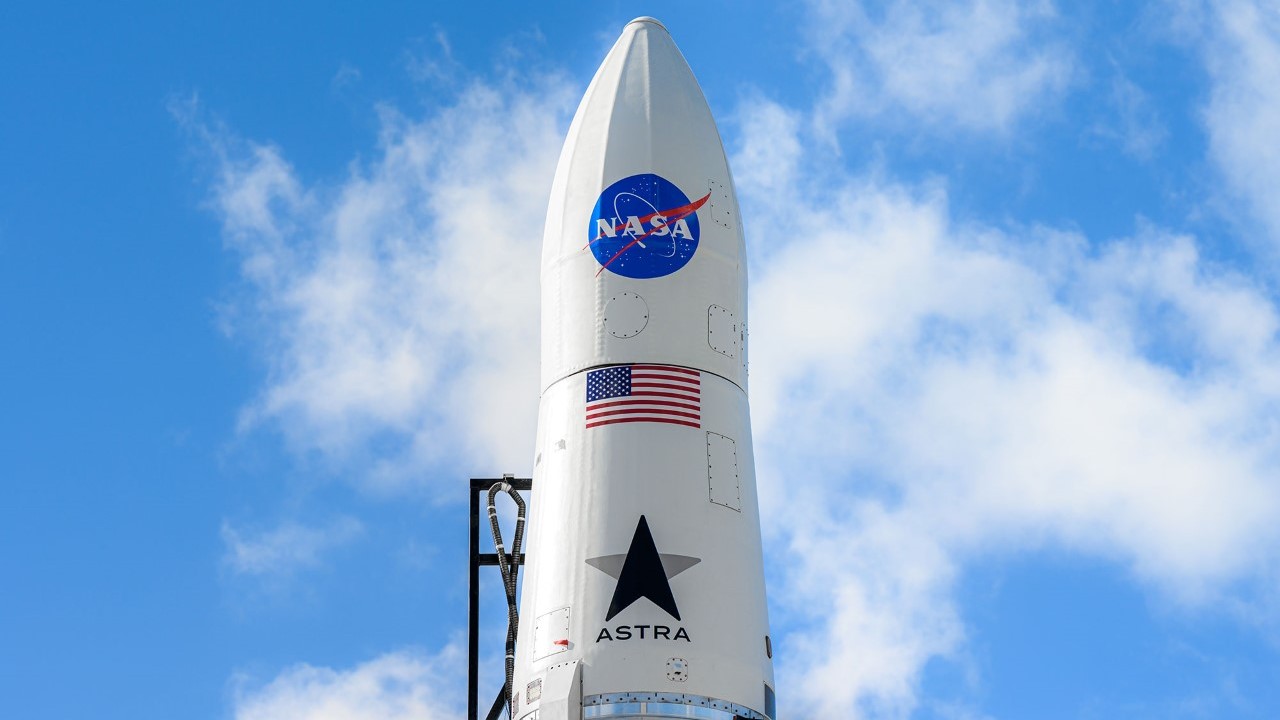 Launching no earlier than Feb. 5, 2022, from Space Launch Complex 46 at Cape Canaveral Space Force Station in Florida, Astra’s Rocket 3.3 is set to send microsats, nanosatellites and CubeSats into space.

These CubeSats represent the agency’s 41st Educational Launch of Nanosatellites, ELaNA, mission, a program created by NASA to garner interest of students in the STEM disciplines — science, technology, engineering and math.

The CubeSats flying on Feb. 5 are small satellites from four different universities and one from NASA’s Johnson Space Center in Houston.

The University of Alabama in Tuscaloosa is planning to conduct a flight demonstration of a drag sail module by rapidly deorbiting its BAMA-1 satellite, checking the technology’s reliability in hopes of reducing space debris and the risk to operational satellites in low Earth orbit.

The University of California at Berkeley is set to send its QubeSat spacecraft into orbit to conduct a science investigation mission that studies radio burst emissions such as flares and coronal mass ejections in the inner heliosphere with the objective of better understanding of the space weather environment.

For part of its Ionospheric Neutron Content Analyzer, or INCA, investigation, New Mexico State University is planning to examine the latitude and time dependencies of the neutron spectrum in low Earth orbit to help improve current space weather models.

Finally, with the R5-S1 spacecraft, the Johnson Space Center is hoping to validate a cost-effective way to build successful CubeSats while demonstrating technologies that are important to space operations that may help make crewed space exploration safer and more efficient.

“As the first VCLS mission to lift off from Florida’s Space Coast, this launch is ushering in new opportunities for CubeSat developers and small class launch vehicle providers,” said Hamilton Fernandez, mission manager supporting the Launch Services Program, in a NASA blog post. “Through our commercial partners, NASA is providing dedicated rides to space for CubeSats, which helps meet the agency’s objectives of transporting smaller payloads and science missions into orbit.”

NASA’s Science Mission Directorate, in partnership with the Launch Services Program, has funded venture class launches under the Demo-2 contract for smaller satellite launches that can tolerate “a higher level of risk,” according to the agency, than larger missions, which will help mitigate risks with the association of new rockets.

A static fire of Astra’s Rocket 3.3 at Space Launch Complex 46 in Florida. Video courtesy of Astra