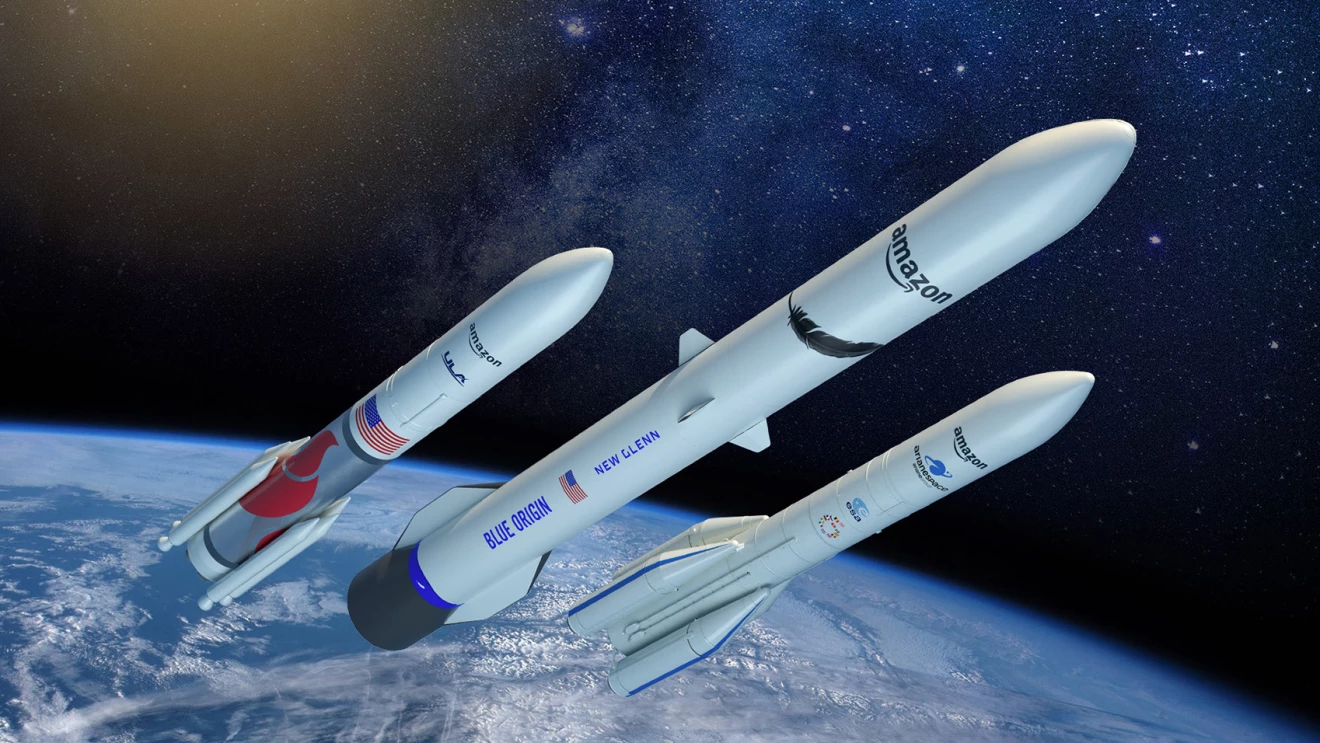 Amazon signed contracts for 83 rocket launches to build its “Project Kuiper” internet constellation, which is expected to include more than 3,000 satellites. Credit: Amazon

Last week, Amazon announced one of the most significant rocket deals within the commercial space market in order to build its Kuiper internet constellation.

On April 5, the company announced it signed with three launch service providers — Blue Origin, Arianespace and United Launch Alliance — for 83 missions to space for its highly-anticipated high-speed internet constellation, providing worldwide coverage with a network of 3,236 satellites in low Earth orbit.

The breakdown of the contracts distributed for the tech giant for what is being called the biggest rocket deal in commercial space, and its more than $10 billion investment, are as follows: 38 launches with United Launch Alliance — a joint venture with Boeing and Lockheed Martin, 18 launches with Arianespace — a European launch service provider, and 12 launches with Blue Origin with an option for 15 more with the private space company owned by Jeff Bezos.

This is in addition to nine Atlas V rockets purchased by Amazon about a year ago.

Project Kuiper, Amazon’s satellite program for its internet constellation, plans to test a prototype pair — KuiperSat-1 and KuiperSat-2 — launching in late 2022 with ABL Space Systems on that company’s RS1 vehicle before flying operational satellites, totaling billions of dollars, according to Amazon.

“KuiperSat-1 and KuiperSat-2 will include much of technology and sub-systems that power the production version of our satellite design — phased array and parabolic antennas, power and propulsion systems, custom-designed modems and more,” Amazon said in a blog post.

Amazon plans to team up with Verizon to implement its high-speed internet as the Project Kuiper team — 750 employees and growing according to CNBC in November 2021 — plans to add hundreds more working out of the company’s 219,000 square foot facility in Redmond, Washington.

Amazon has plans to add another 20,000 to the facility where it’ll test and manufacture the satellites.