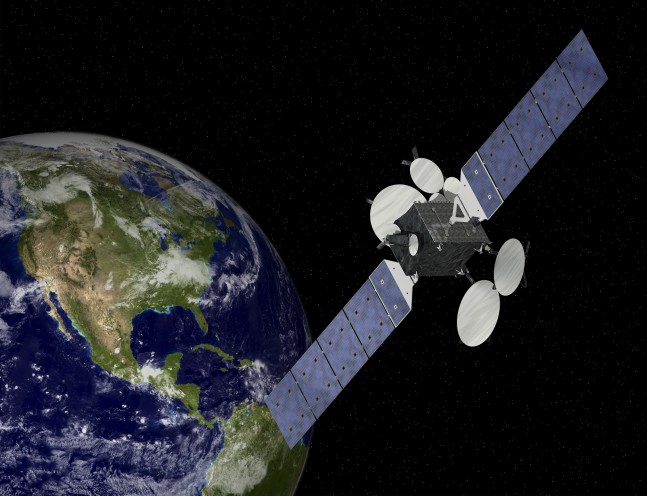 SACRAMENTO, Calif. – Earlier this week, Aerojet Rocketdyne received a contract from Orbital Sciences Corporation (Orbital ) to deliver XR-5 electric propulsion systems over the next three years for Orbital’s GEOStar-3 satellites. The satellites, which are commercial communications satellites designed for geostationary orbit, are part of the GEOStar line that is currently used for purposes such as television broadcasting, broadband connectivity, business data network capacity and regional mobile communications.

According to Aerojet Rockeydyne, the XR-5 subsystems each consist of “5-kilowatt class Hall thrusters with integral flow regulation valves, Power Processing Units with built-in Thruster Selection Units and all associated electrical harnessing.” It is the Hall effect thruster design with the highest power that has been flown to date, and it uses a zero-erosion design to lengthen the useful life of the device, which is necessary for its intended purpose of raising satellites from their initial location at orbital insertion to the intended geostationary orbit. Hall thrusters are named after the Hall effect that is harnessed to make them function. Image Credit: Spaceflight Insider

Hall thrusters are named after the Hall effect that is harnessed to make them function. In essence, Hall effect thrusters use electrons trapped within a magnetic field to ionize a gaseous propellant, then accelerate the ions to produce thrust and finally neutralize the ions in the exhaust plume as the ions carry electrons out with them. The first of these was flown by the former Soviet Union back in 1971. According to data provided by NASA, “Over 240 xenon Hall thrusters have flown in space since 1971 with a 100% success rate.”

“High-power Hall systems provide the optimal solution for electric orbit raising and station-keeping for the next generation of commercial GEO comsats,” said Warren Yasuhara, vice president of Space Systems at Aerojet Rocketdyne, in a press release. According to Yasuhara, the XR-5 is “the only flight-proven, high-power Hall system, and the only Hall system qualified for the long-duration life needed for electric orbit-raising missions.”

For the XR-5 thrusters specifically, 12 of them have been flown on government GEO comsat satellites, according to Aerojet, with another dozen in production. The new contract expands use of the XR-5 into the commercial arena, which Aerojet claims “will increase production volume and lower costs for the product line.”

Orbital introduced the GEOStar-3 satellite bus in March of 2014 as a direct update to the GEOStar-2 bus. According to the fact sheet for the GEOStar-3, the bus can carry a payload mass of up to 800 kilograms, which is roughly 1760 pounds. The GEOStar-2 is listed as having a maximum payload mass of 500 kilograms, or approximately 1100 pounds. The power system capability was also increased from 5.5 kilowatts to 8 kilowatts of payload power. Both the GEOStar-2 and the GEOStar-3 have a “typical mission lifetime” promised as simply a “conservative margin beyond 15 years.”

glad to see this, we need better Sats, believe Spooks helping out with money, and IDEAs!! GOD bless the USA ,we need to be way out front or our enemys will bury us!! Semper Fi, don’t like my sprlling, bite me!