As clouds roll in, Atlas V with MAVEN rolled out to launch pad 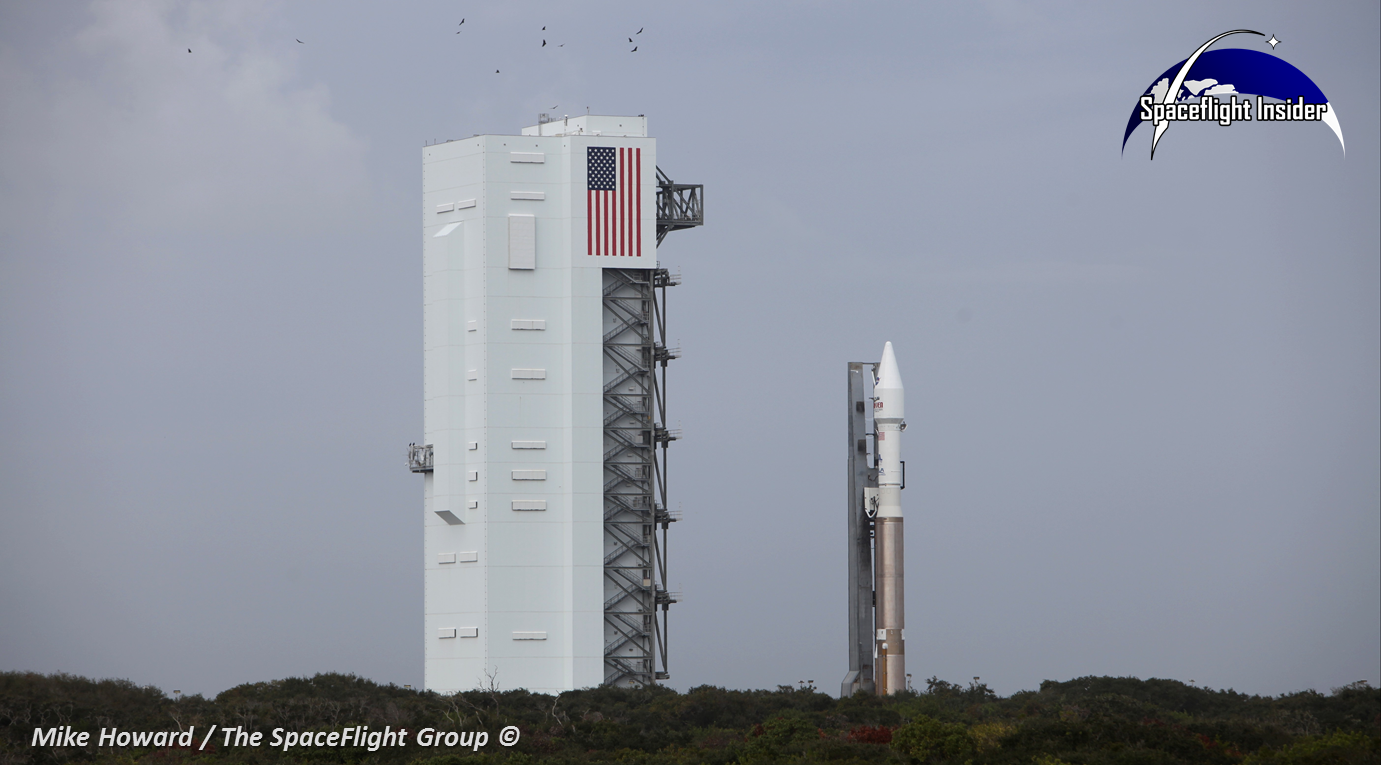 CAPE CANAVERAL, Fla – The Atlas V 401 rocket which will ferry NASA’s Mars Atmosphere and Volatile EvolutioN (MAVEN) spacecraft out of Earth’s gravity well  -was ferried out to the pad at 9:57 a.m. EST. The move took place at Cape Canaveral Air Force Station at the Vertical Integration Facility to the adjacent Space Launch Complex 41. Weather however, did not seem to be trending in the mission’s favor.

As mentioned, the Atlas V will fly in the “401” configuration, what this means is that the rocket has a four-meter fairing, no solid rocket boosters and a single engine in the upper stage. MAVEN is a NASA mission which will see a orbiter, essentially a weather satellite, orbit the Red Planet for one year (mission extensions are possible and likely).

The day of roll out, a slow drizzle progressed into a steady rain. The weather began to deteriorate. Predictions that provided a 60 percent chance of favorable conditions for Monday’s launch – slipped to 40 percent. However, if the Florida weather is known for anything – it is known for its changeable nature.