The first few miles of Artemis 1 starts with the crawler 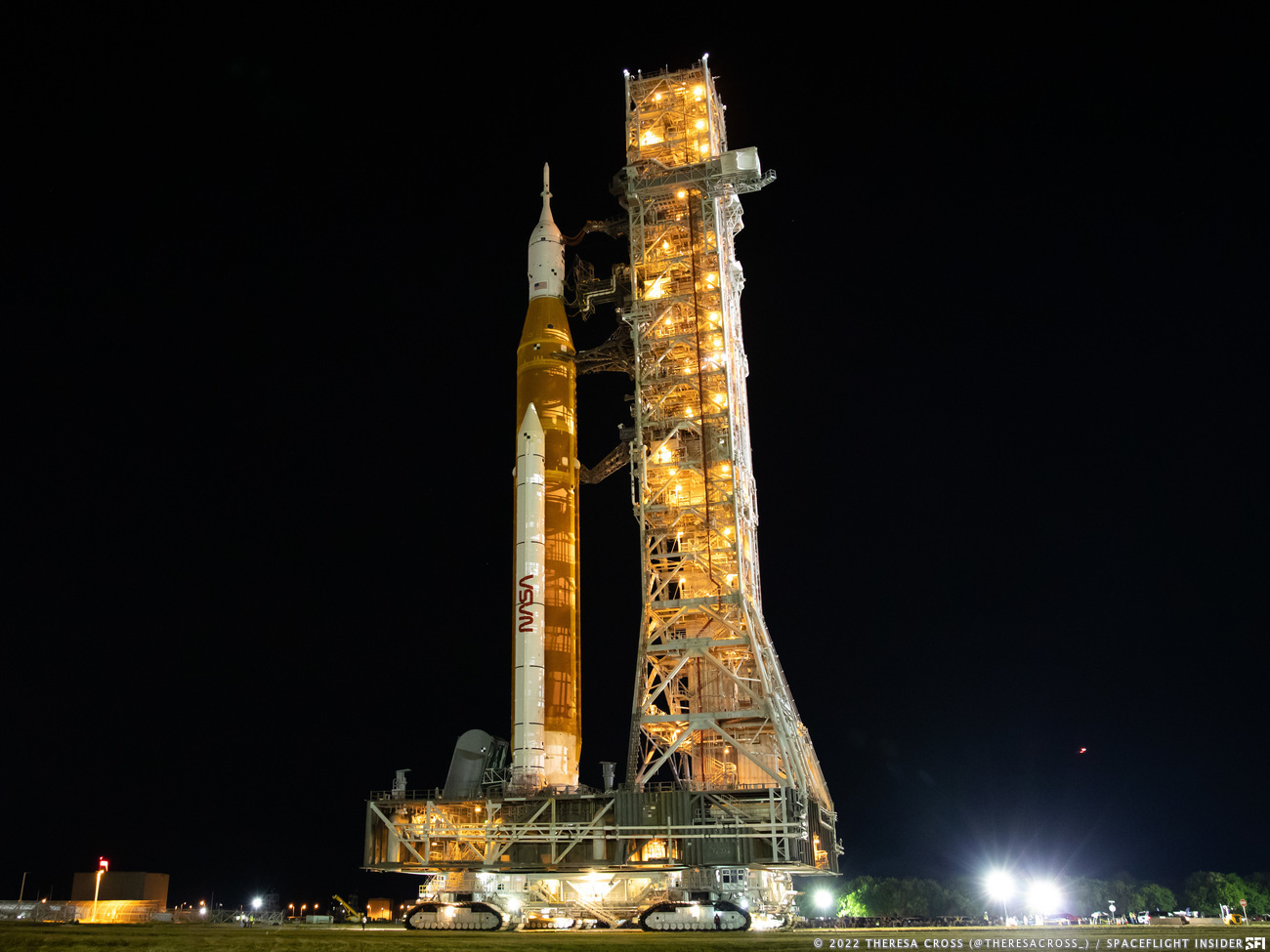 NASA’s Space Launch System rocket has returned to the pad for the Artemis 1 mission after a 10-hour trek via the crawler-transporter.

The rollout of the SLS rocket started at the Vehicle Assembly Building at about 10 p.m. EDT Aug. 16, 2022. The roughly four-mile journey atop the crawler-transporter 2 concluded around 7:30 a.m. EDT the next day with the mobile launcher and rocket being “hard down” at Launch Complex 39B. 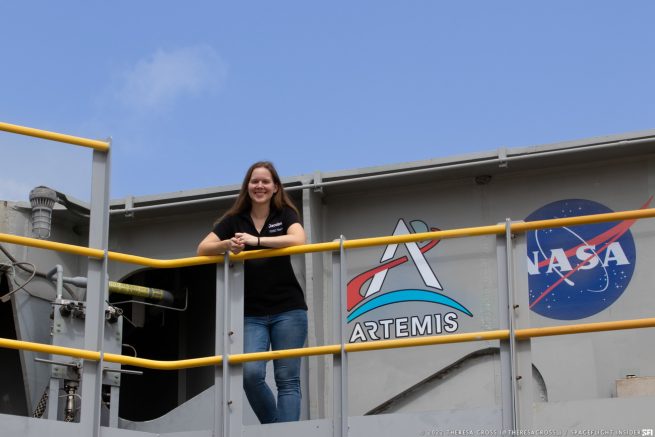 Spaceflight Insider had a chance to meet with Breanne Rohloff, a 24-year-old operations engineer and crawler-transporter 2 driver for NASA contractor Jacobs, one of many responsible for moving rockets around Kennedy Space Center in Florida via the crawler-transporter 2.

A graduate in engineering from the University of Central Florida, Rohloff grew up watching space shuttle launches, reading books, reading bios and blending her interests that lined up with engineering and aerospace. She eventually got an internship at the space center, leading her to a career with NASA contractor Jacobs.

The interview started under the chassis of crawler-transporter 2, which is currently supporting the Artemis program and one of two crawlers responsible for transporting rockets since the Apollo era. 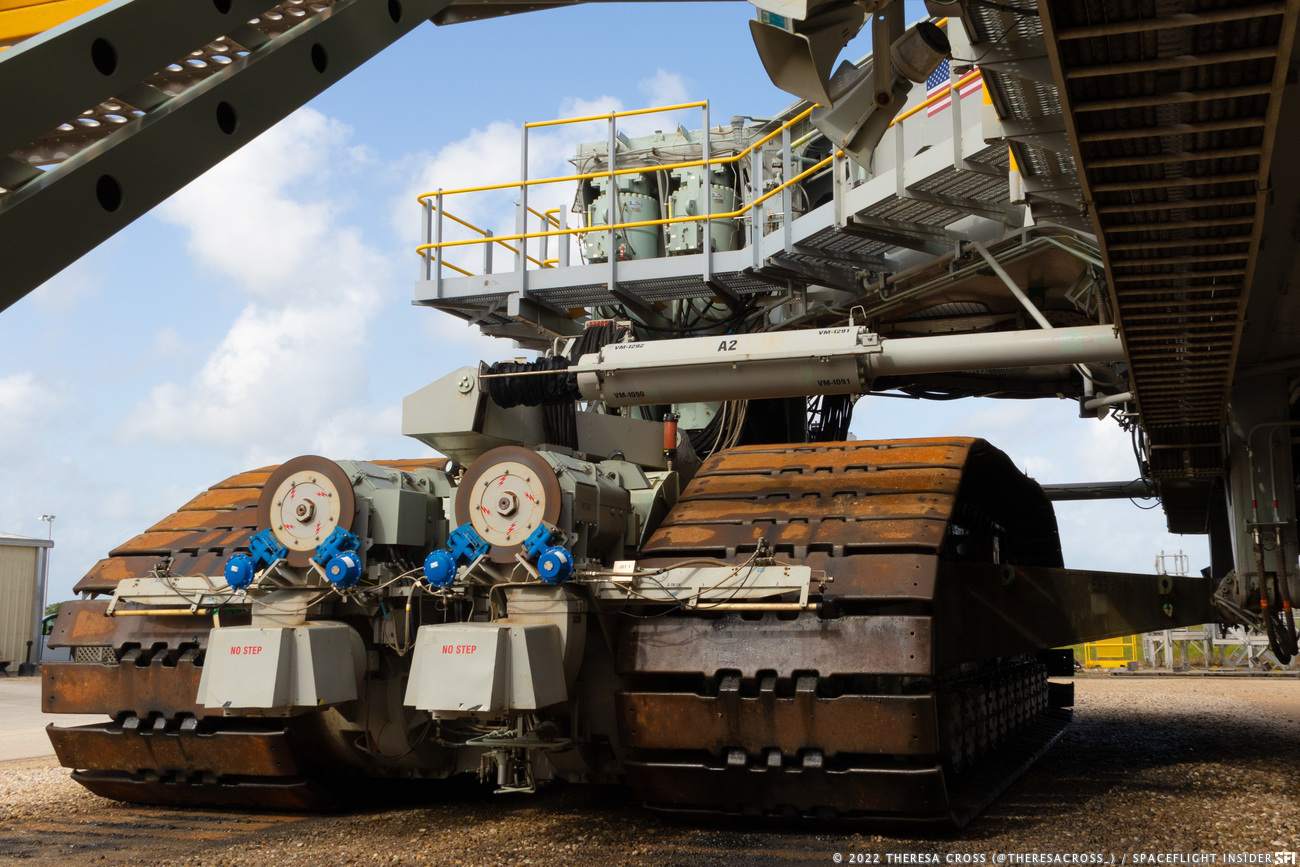 One of four sets of crawler tracks that move the behemoth machine and even-larger rocket from the Vehicle Assembly Building to Launch Complex 39B. Credit: Theresa Cross / Spaceflight Insider

“When it comes to preparing for a large roll, we will do a full systems checkout a few days before so that if something ‘pops up’ on the 70,000 parts and pieces of the crawler we will have time to address it,” Rohloff said.

Teams will also check the jacking systems for the chassis as the crawlerway itself is uneven. The tests include jacking rates, up and down, making sure it’s equalizing. 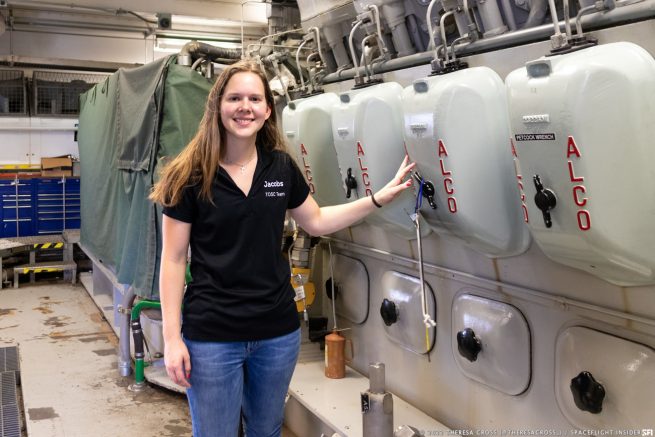 Rohloff next to the ALCO engines inside the crawler transporter. Credit: Theresa Cross / Spaceflight Insider

On a normal workday, engineers, technicians and leads meet to discuss day-to-day maintenance, checkouts, understanding of timelines, integrated timelines, and other needs involved with the mission.

When a significant roll begins, there is a large team that helps with the move.

Team members and technicians are posted as observers walking on the ground, underneath CT-2, personnel in vehicles driving alongside the crawler, with staff also on board the crawler supporting the roll that stay in constant communication with engineers, each other, and technicians to assist with observational and other vital information needed as the crawler makes its way to Launch Complex 39B.

In addition to checking proximities, observers can also help with visual planning for turns on the crawlerway. Headsets allow for constant communication to ground observers, interface observers when docking, as well as to the other cab drivers and the test conductor on board.

There is a “move director” inside the command center of the crawler. The move director or “lead” is in constant communication with the integrated team in the firing room. 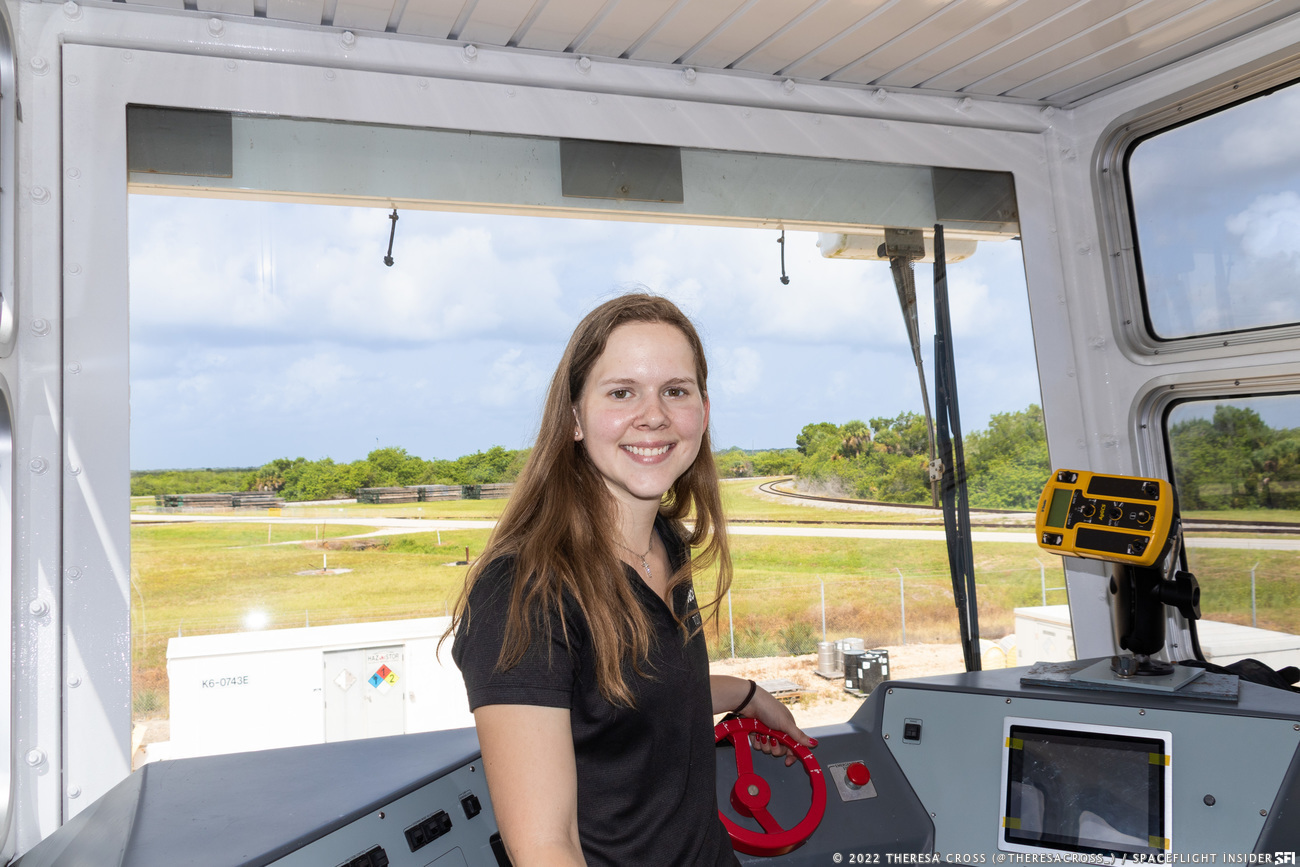 Also, inside the command center of the crawler is the JEL operator — jacking, equalization and leveling system — that works to control the height and maintain levels equalizing all four corners of CT-2. 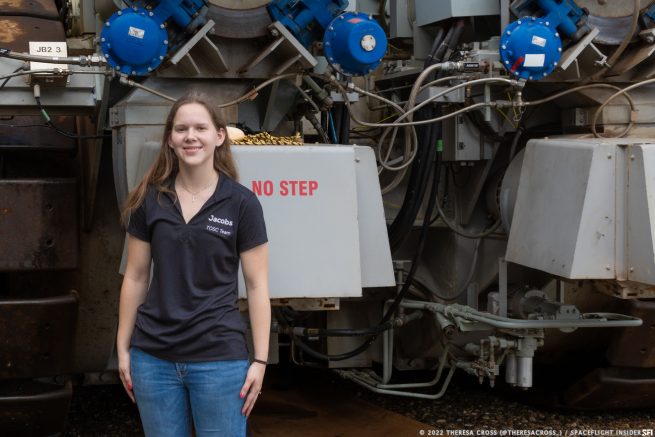 Drivers are changed out every hour and a half to ensure a fresh set of eyes and to remain mentally on top of their game, explained Rohloff.

Drivers can also swap out for other positions on the crawler or can be tasked with a free assignment roving around the crawler using all their senses to make sure they don’t detect anything out or normal operation, according to Rohloff.

There are two identically equipped cabs with two drivers in each — one driver and a backup for emergencies, medical or otherwise.

Although space is high tech, the crawler is low tech. A lot of the original hardware remains to this day.

Rohloff explained what impressed her the most about the crawler, “it’s an older machine, part of history and now to be able to take that and incorporate into this new program by fusing parts of history.”

Rohloff was one of the drivers on Aug. 16 transporting the behemoth rocket to Launch Complex 39B. 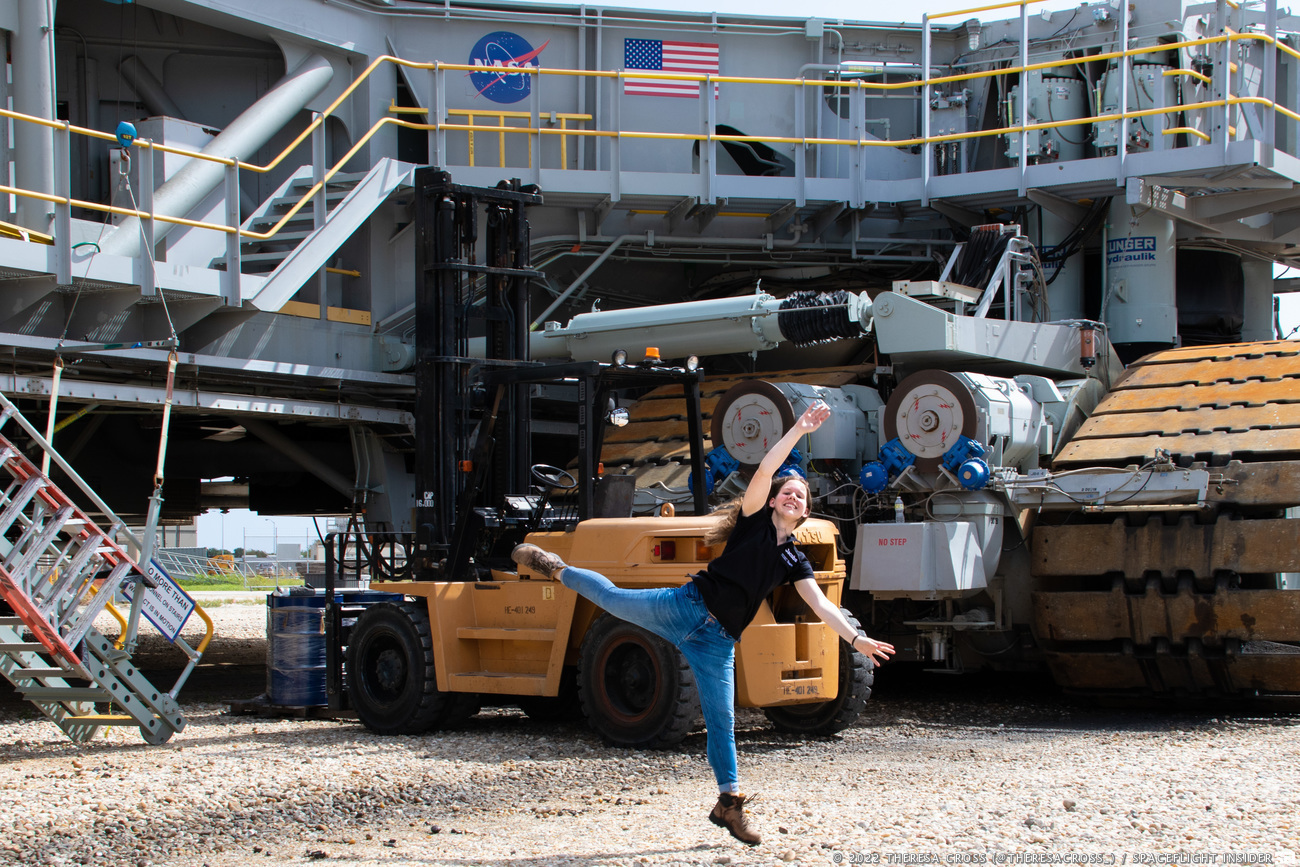 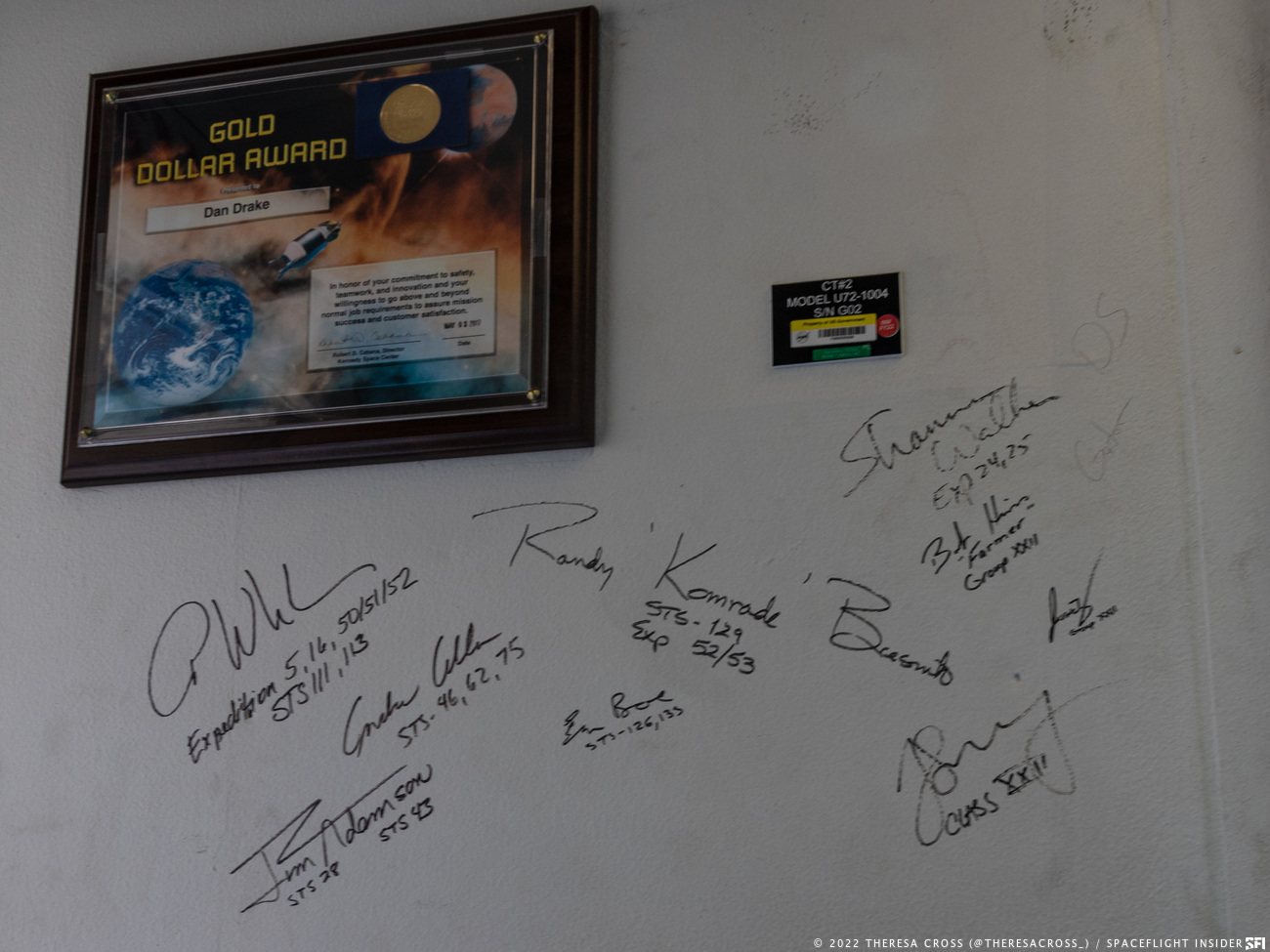 Inside the crawler is a picture on a wall with various astronaut signatures who have ridden the giant machine while it was transporting a vehicle for a mission they would ultimately fly. Credit: Theresa Cross / Spaceflight Insider 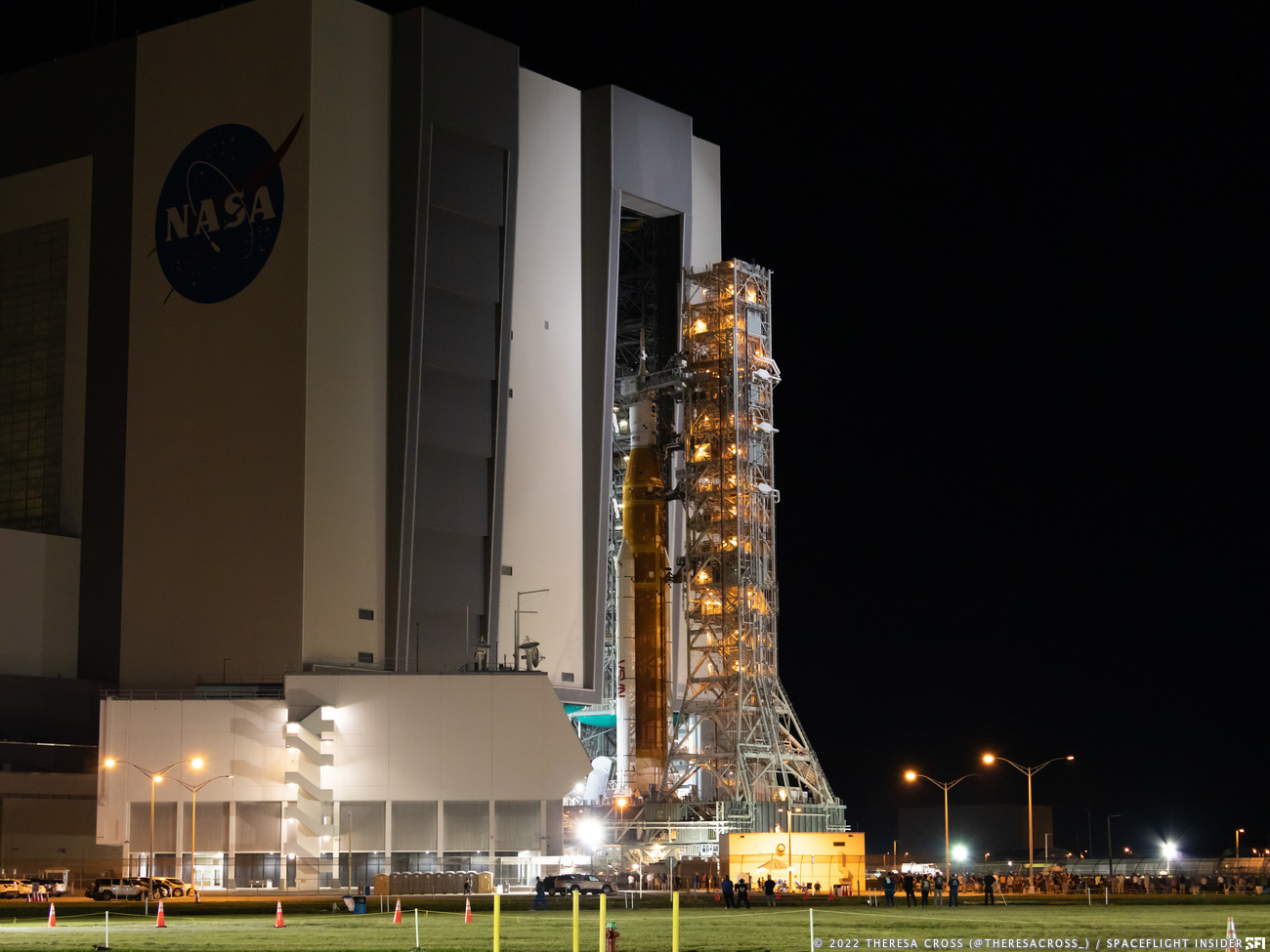 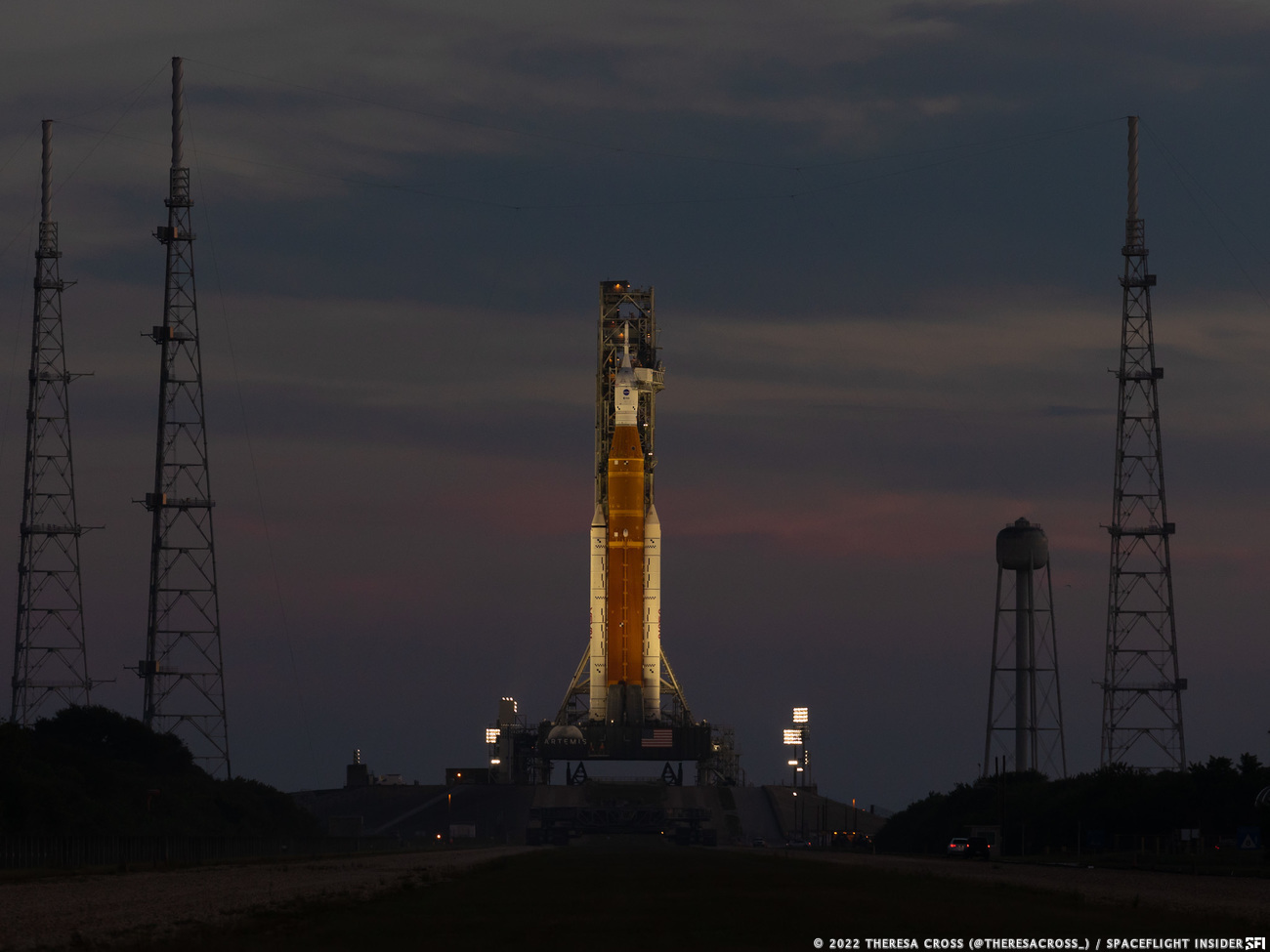 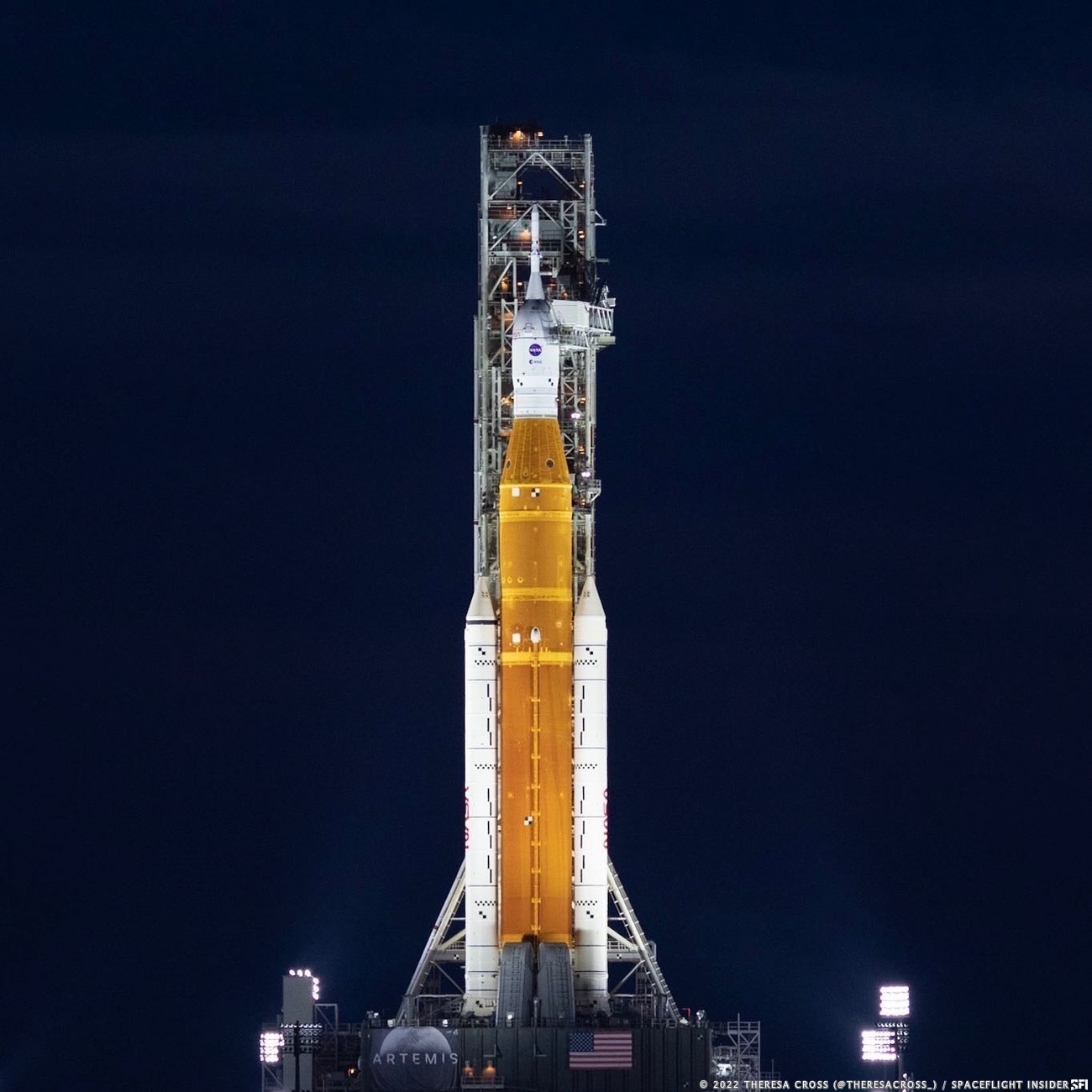