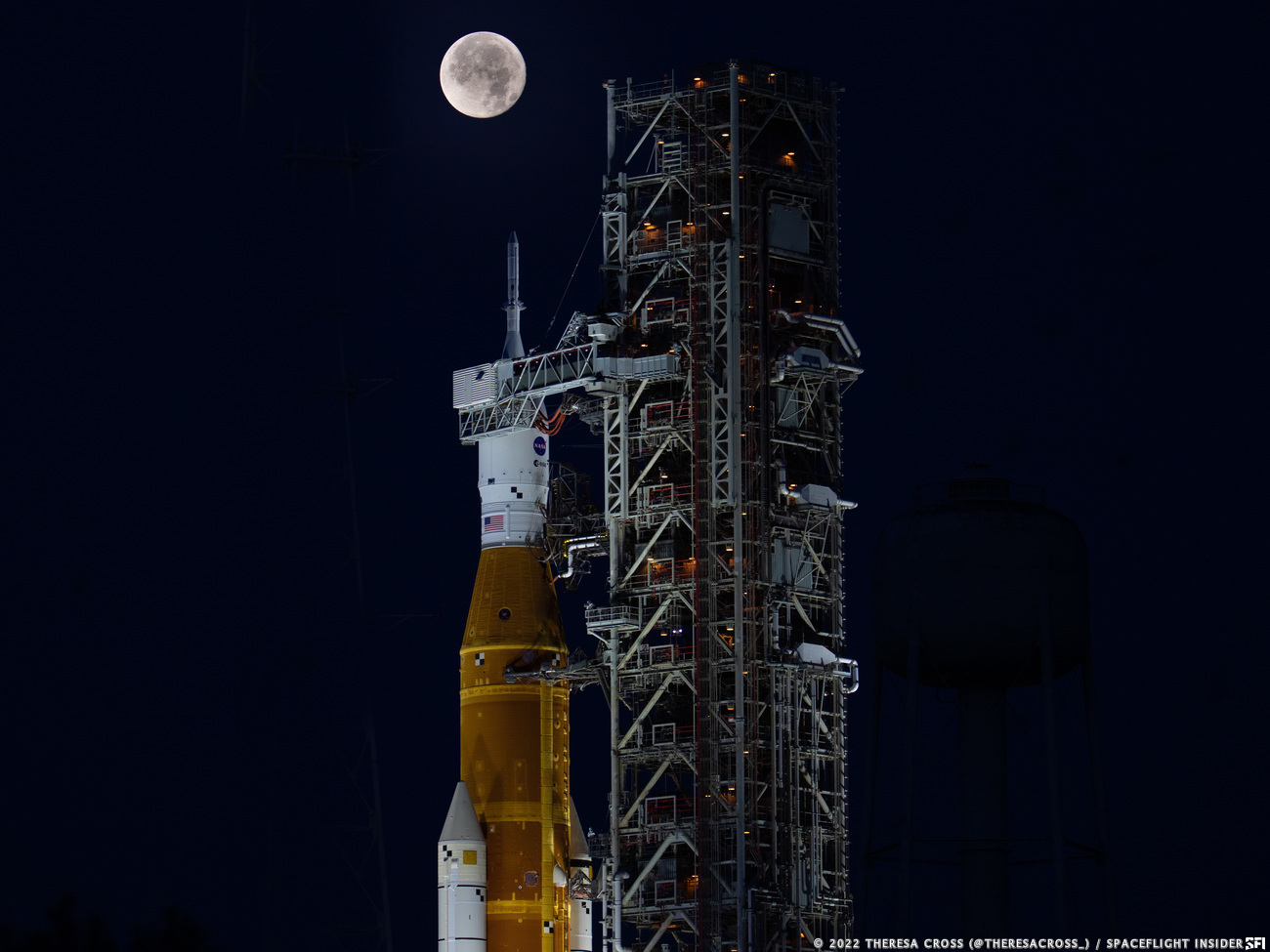 NASA’s Space Launch System rocket with the Moon, the destination for the Artemis 1 mission, looming in the background. Credit: Theresa Cross / Spaceflight Insider

After analyzing data from the June 20 wet dress rehearsal, NASA has made the decision to begin the process of preparing the Space Launch System rocket for its maiden flight.

The latest wet dress rehearsal at Kennedy Space Center’s Launch Complex 39B in Florida was the fourth attempt at the countdown and fueling test, the other three occurring in April. NASA reported via a June 24 teleconference that out of 128 command functions, all by 13 were successfully completed. Of those, many were able to be addressed and worked in real time as engineers analyzed data from the testing campaign. 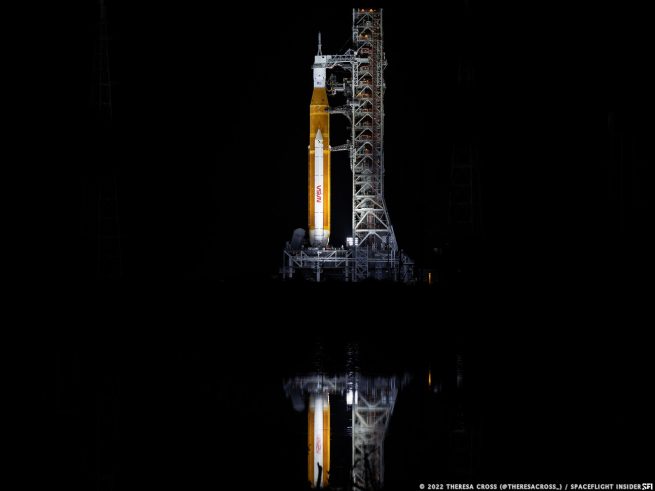 “During the wet dress rehearsal activities, we have incrementally added to our knowledge about how the rocket and the ground systems work together, and our teams have become proficient in launch procedures across multiple sites,” Tom Whitmeyer, deputy associate administrator for common exploration systems at NASA Headquarters, said in an agency news release. “We have completed the rehearsal phase, and everything we’ve learned will help improve our ability to lift off during the target launch window. The team is now ready to take the next step and prepare for launch.”

The objective of the wet dress rehearsal was to completely load propellant into the launch vehicle, move into terminal countdown, recycle, proceed to a second terminal countdown, drain fuel and safe the mega Moon rocket. The plan was to get the countdown all the way to just before T-minus 9 seconds — right before the engine start sequence.

However, a hydrogen bleed line leak from the hydrogen tail service mast to the core stage was detected earlier in the countdown that prompted a modification to the software in order to get into the terminal countdown. Nonetheless, NASA said it was still expected that the countdown would be automatically halted at around T-minus 29 seconds right after the handover to the flight software for the automated launch sequencer.

During the test, NASA Engineers took advantage of the fully-fueled rocket to flow liquid hydrogen down to pre-chill the four RS-25 main engines, necessary for engine start, as they must be within certain temperatures at launch time. 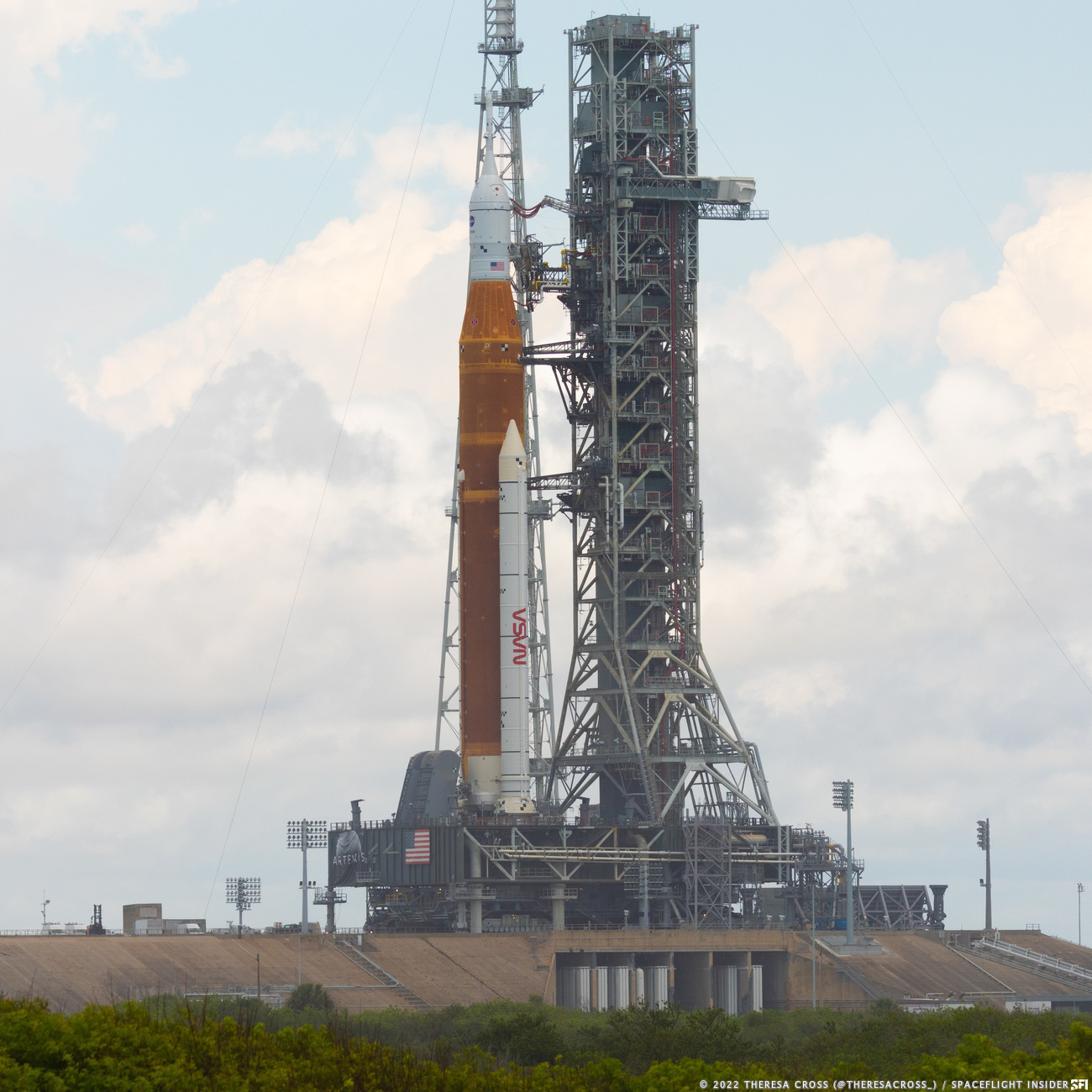 Additionally, the liquid launch feed line feeders controlling the moon rockets temperature were also tested, the differentials need to be within range to launch, in this case by warming the feed lines. An issue within the command parameters did arise during this exercise, NASA officials anticipated an easy fix for the issue.

As for safing operations for the Space Launch system rocket, NASA reports, out of 72 ground launch sequence functions, all but three tested in good order to keep the vehicle safe. The three functions out of range are expected to be addressed once back inside the Vehicle Assembly Building and posed no real cause for concern, officials reported. 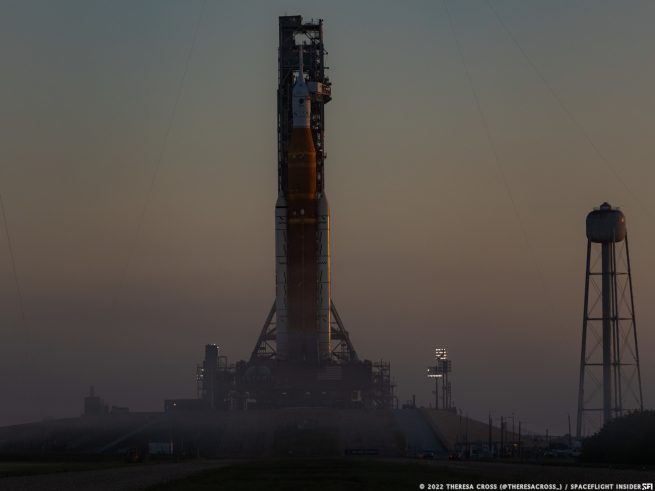 During the teleconference, NASA said it plans a few more tests on the rocket before moving it back to the VAB. This includes a checkout of the booster’s hydraulic power unit, which was originally set to occur at about T-minus 28 seconds.

As of right now, the agency expects the first motion for the 11- to 12-hour trek back to the VAB using the crawler-transporter to occur July 1 or July 2. Once SLS reaches the assembly building, teams will perform additional fits and checks.

While at the VAB, NASA plans to work on the Orion spacecraft payload, address the hydrogen leak, perform an updated software load, install flight batteries on the second stage and complete flight terminal testing and closeouts.

Engineers are also expected to install access kits and platforms making it easy to get to the vehicle for this final phase of repairs and improvements before launch. NASA said it expects the rocket to be in the VAB for about six to eight weeks.

NASA has not ruled out the late-August launch window to fly the uncrewed Artemis 1 SLS mission, which runs from Aug. 23 to Sept. 6. There is also another window that runs from Sept. 19 to Oct. 4.

Artemis 1 is expected to send an uncrewed Orion spacecraft into a distant retrograde orbit around the Moon for several weeks before returning to Earth. It will set the stage for a crewed flight of SLS and Orion as early as mid-2024.