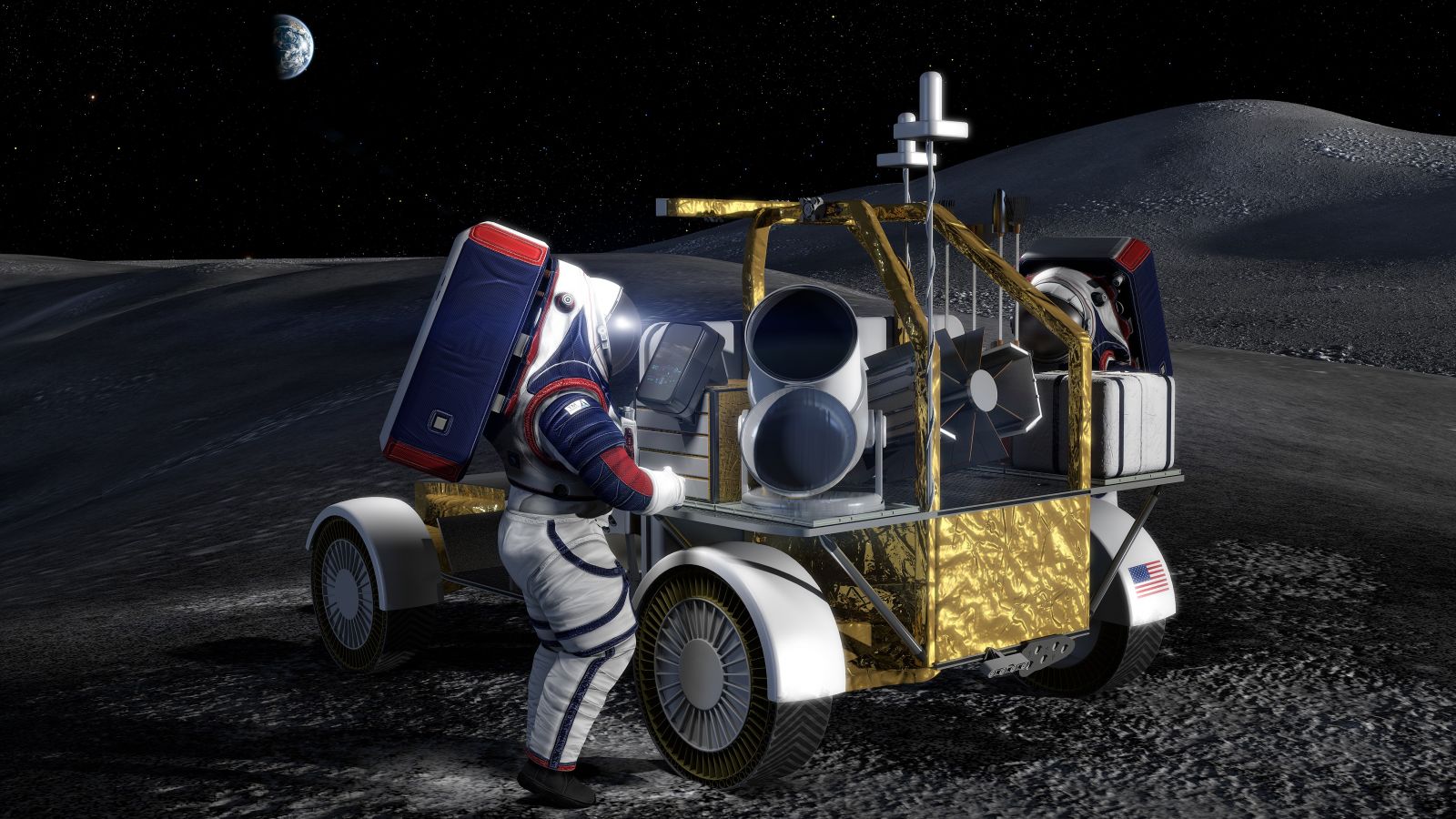 A team of companies led by Northrop Grumman has put forth a proposal for an astronaut-driven lunar rover for the agency’s Artemis Moon program.

Earlier this year, NASA asked American companies for input on approaches for surface transportation at the Moon’s south pole by proposing a Lunar Terrain Vehicle, LTV, which would be used for multiple Artemis missions over at least 10 years.

“Most people do a lot of research before buying a car,” said Nathan Howard, project manager for the LTV at NASA’s Johnson Space Center via an Aug. 31, 2021, news release. “We’re doing extensive research for a modern space vehicle that will be provided by industry. As we plan for long-term exploration of the Moon, the LTV won’t be your grandfather’s Moon Buggy used during the Apollo missions.”

The Artemis program LTV will need to operate in extreme environments, drive autonomously, surviving long cold lunar nights and have an open, unenclosed design so astronauts can drive on the Moon while in their spacesuits.

NASA expects the design will incorporate advances in electric vehicle capabilities and be able to transport cargo as well as crew.

Recently, Northrop Grumman, in partnership with ALV, Intuitive Machines, Lunar Outpost and Michelin, proposed an LTV design that can support human and robotic exploration of the Moon’s surface and on to Mars.

A rendering of several lunar rovers on the Moon’s surface at the proposed Artemis Base Camp at the lunar south pole. Credit: Northrop Grumman

“Together with our teammates, we will provide NASA with an agile and affordable vehicle design to greatly enhance human and robotic exploration of the lunar surface to further enable a sustainable human presence on the Moon and, ultimately, Mars,” said Steve Krein, vice president of civil and commercial space, tactical space systems division at Northrop Grumman in a company press release on Nov. 16.

Intuitive Machines is a supplier of space services and goods, with previous expertise obtained through the development of NASA’s Commercial Lunar Payload Services. The company is expected to contribute by developing the Nova-D lander, which is expected to be capable of delivering up to 1,100 pounds (500 kilograms) of payload to the Moon’s surface.

AVL has expertise in electrical drive solutions, autonomous driving development, simulation and testing of propulsion systems as a leader in the advancement of battery systems. The company can also contribute with the build of specific tools and technology needed to enable the LTV to operate successfully off Earth.

Lunar Outpost is expected to help resolve unique challenges the spacecraft may encounter by mobility platforms on the lunar surface by providing dust mitigation and thermal technologies and through the company’s line of planetary rover products.

Michelin, meanwhile, is charged with delivering an airless tire design for the LTV, drawing on the company’s previous experiences with NASA.

Northrop Grumman has a deep heritage of contributions to space exploration including contributions to the Apollo program, the Cygnus spacecraft, and the Habitat and Logistics Outpost module for the Lunar Gateway, which itself is part of the Artemis program.