National Geographic selected to tell the story of Artemis 2 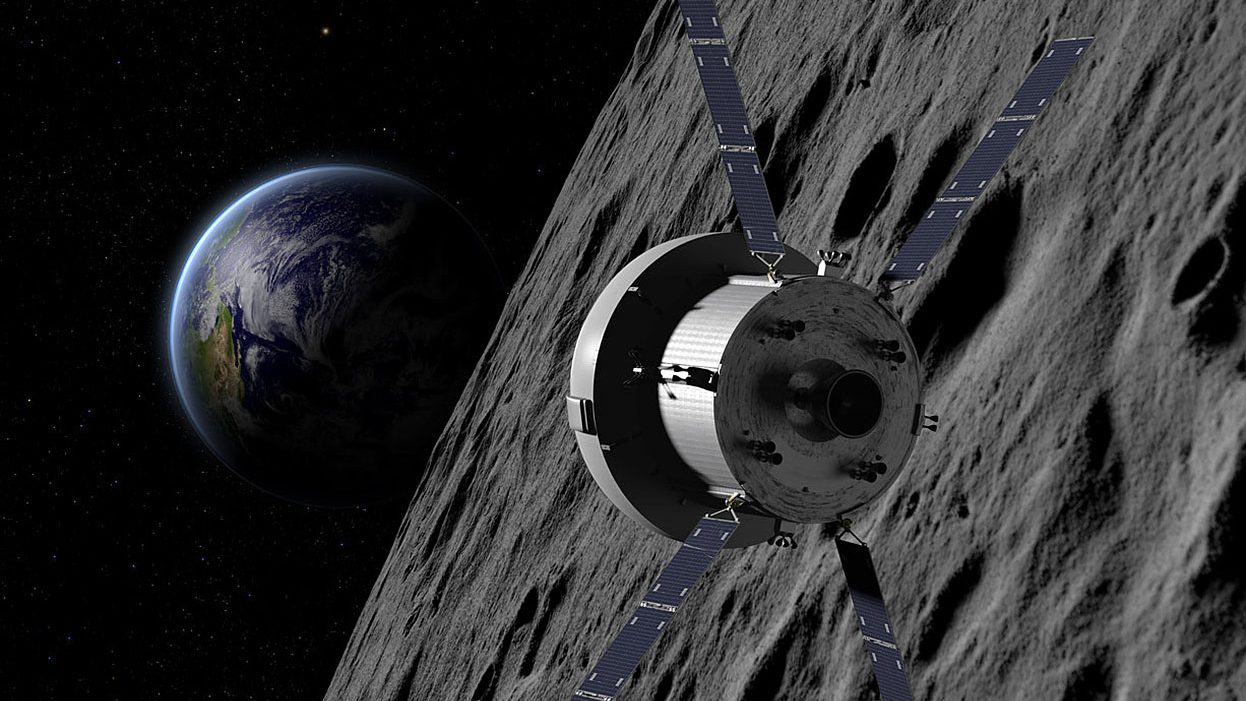 An illustration of NASA’s Orion spacecraft at the Moon. NASA has selected National Geographic to tell the story of the mission. Credit: NASA

NASA and National Geographic have partnered to help tell the story of the first crewed flight around the Moon in more than a half century.

The agency wants to document and leverage content that will help tell the story of the first crewed Artemis mission, Artemis 2, which is expected to fly humans around the Moon and back to Earth aboard the Orion space capsule. The 10-day mission is slated to lift off atop the second Space Launch System rocket no earlier than May 2024. Aboard will be three NASA astronauts and one Canadian astronaut — the first non-American to travel to the Moon.

On Oct. 29, 2021, NASA announced National Geographic won a selection process that started with a call for proposals in November 2020. National Geographic entered into a non-reimbursable Space Act Agreement with NASA to collaborate with the agency on the project.

“Returning humans to the Moon with Artemis 2 will inspire the next generation of explorers,” Kathy Lueders, associate administrator for the Space Operations Mission Directorate at NASA Headquarters in Washington, who served as the selection official, said in an agency news release. “This time, we are bringing partners and technologies that will create additional opportunities for the world to share in the experience along with our astronauts.”

National Geographic plans to use lightweight audiovisual hardware flying inside Orion for this one-of-a-kind opportunity to create an immersive experience in hopes of inspiring the next generation of space explorers. 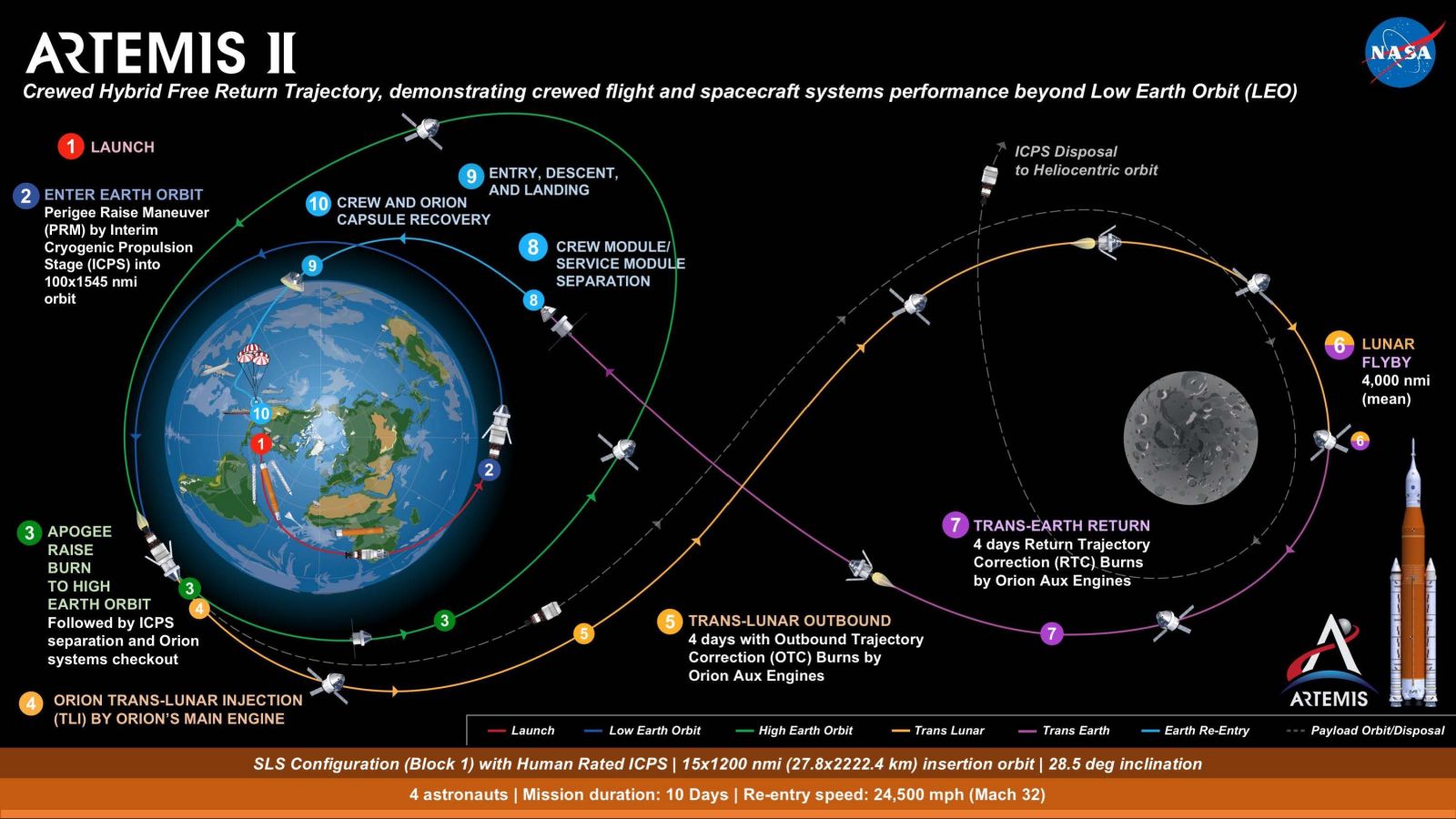 An infographic showing the expected trajectory of the Artemis 2 mission. Credit: NASA

The mega-media company plans to create a multi-platform story-telling campaign using its portfolio of assists, which include magazines, television and digital content, to share the experiences of the astronauts and mission with the world.

For the Artemis program, NASA plans to first launch the uncrewed Artemis 1 mission as early as February 2022, which involves launching an Orion capsule atop a Space Launch System rocket to place the crew-rated spacecraft into a distant retrograde orbit around the Moon.

While there won’t be any people aboard, this is expected to be the first time a spacecraft designed for people will travel to the Moon since the last Apollo program Moon landing in 1972.

After about a month, the Artemis 1 Orion spacecraft is expected to return to Earth, splashing down in the Pacific Ocean.

Artemis 2 is set to be the first crewed flight of the SLS/Orion system in hopes of paving the way for future missions to the Moon’s surface by the middle of this decade in preparation for testing technology and processes needed for human spaceflight to Mars in the 2030s.