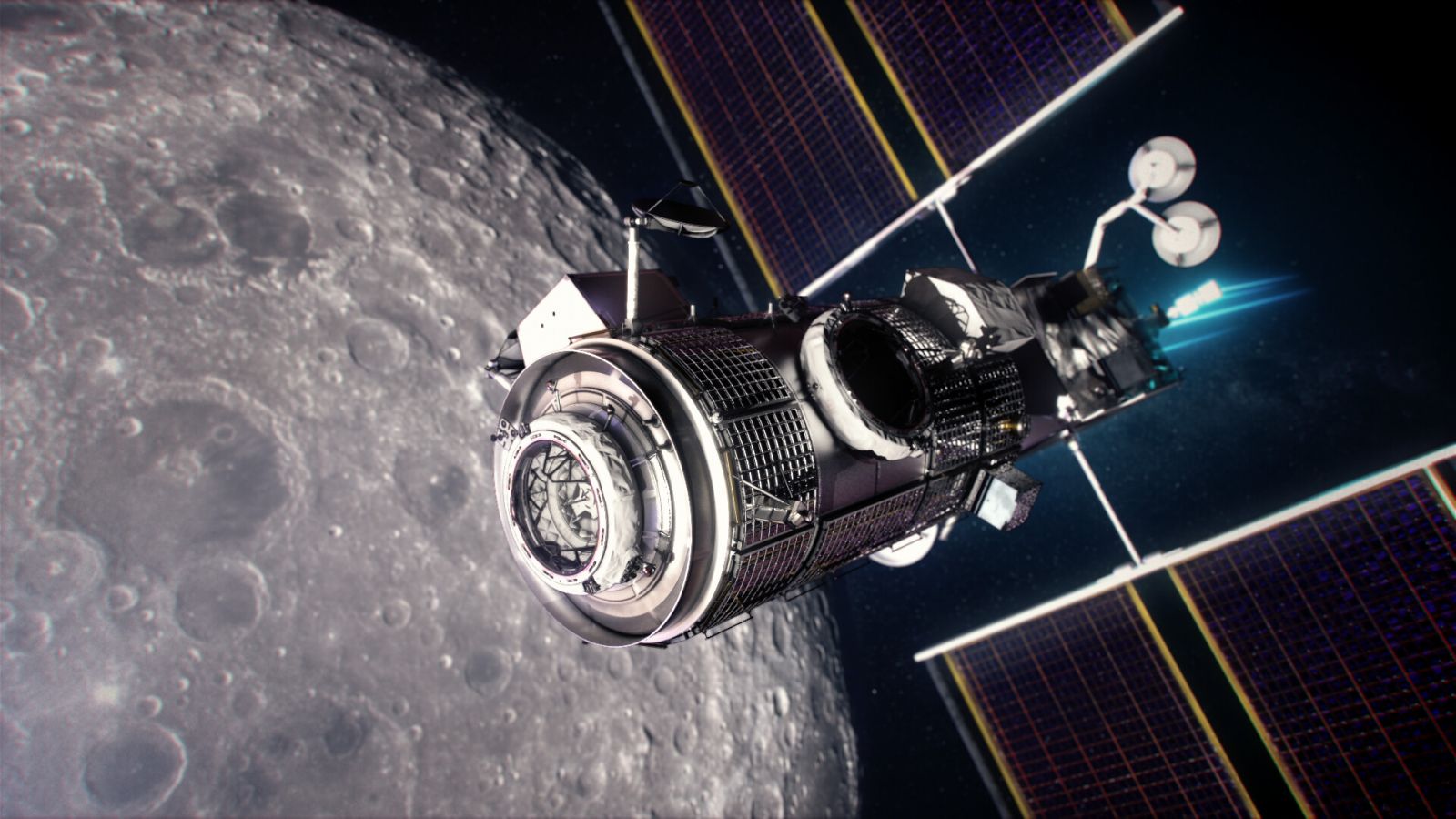 A rendering of the HALO module, along with the Power and Propulsion Element, circling the Moon. Credit: NASA

Structural welding is ongoing for the Habitation and Logistics Outpost module for the Lunar Gateway with the docking section ring formed.

Designed by Northrop Grumman and based on the company’s Cygnus resupply spacecraft, the HALO module is being built by Thales Alenia Space in Turin, Italy. It’s 10 feet (3.07 meters) wide and about 20 feet (6.1 meters) long.

The spacecraft will have two radial docking ports and one forward port. Once the pressure vessel is completed, it’ll be shipped to Gilbert, Arizona, where Northrop Grumman will finish outfitting the spacecraft with various components to support Artemis program astronauts during their Moon missions. 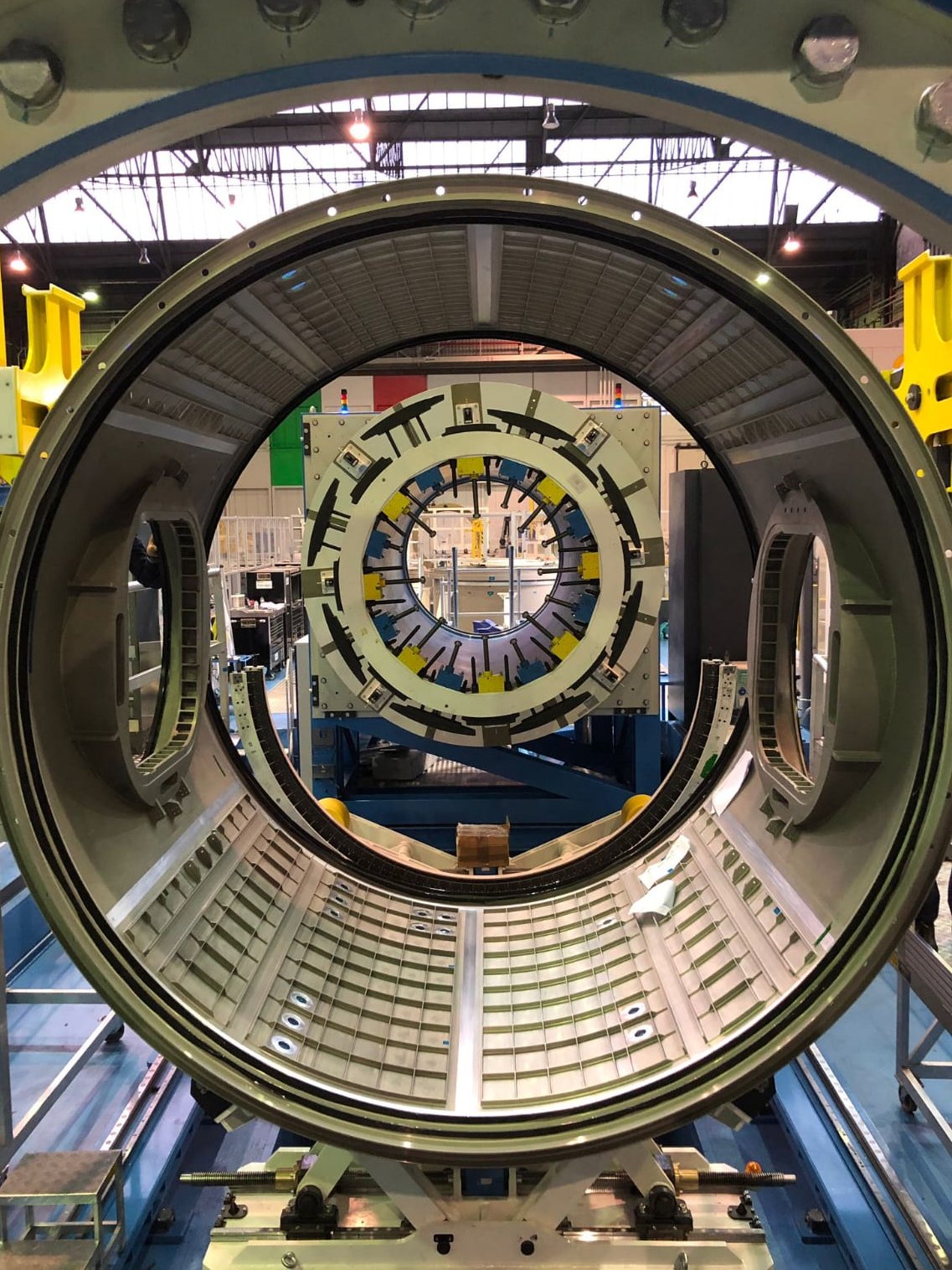 The two halves of the docking section of the pressure vessel for the HALO module is seen welded together with other components in the background. Credit: Thales Alenia Space

HALO is the first of two pieces to the Lunar Gateway. It’ll be attached to the Power and Propulsion Module, being Built by Maxar Technologies, and launch together atop a SpaceX Falcon Heavy rocket with an extended payload fairing.

Launch is expected to happen no earlier than late 2024 or early 2025. It’ll autonomously travel to and place in a near-rectilinear halo orbit around the Moon over the course of several months after getting into space.

This near-rectilinear halo orbit will take the spacecraft on a highly-elliptical seven-day circuit of the Moon. It’ll get as close as about 1,000 miles (1,600 kilometers) above the lunar north pole and roughly 43,000 miles (70,000 kilometers over the lunar south pole. 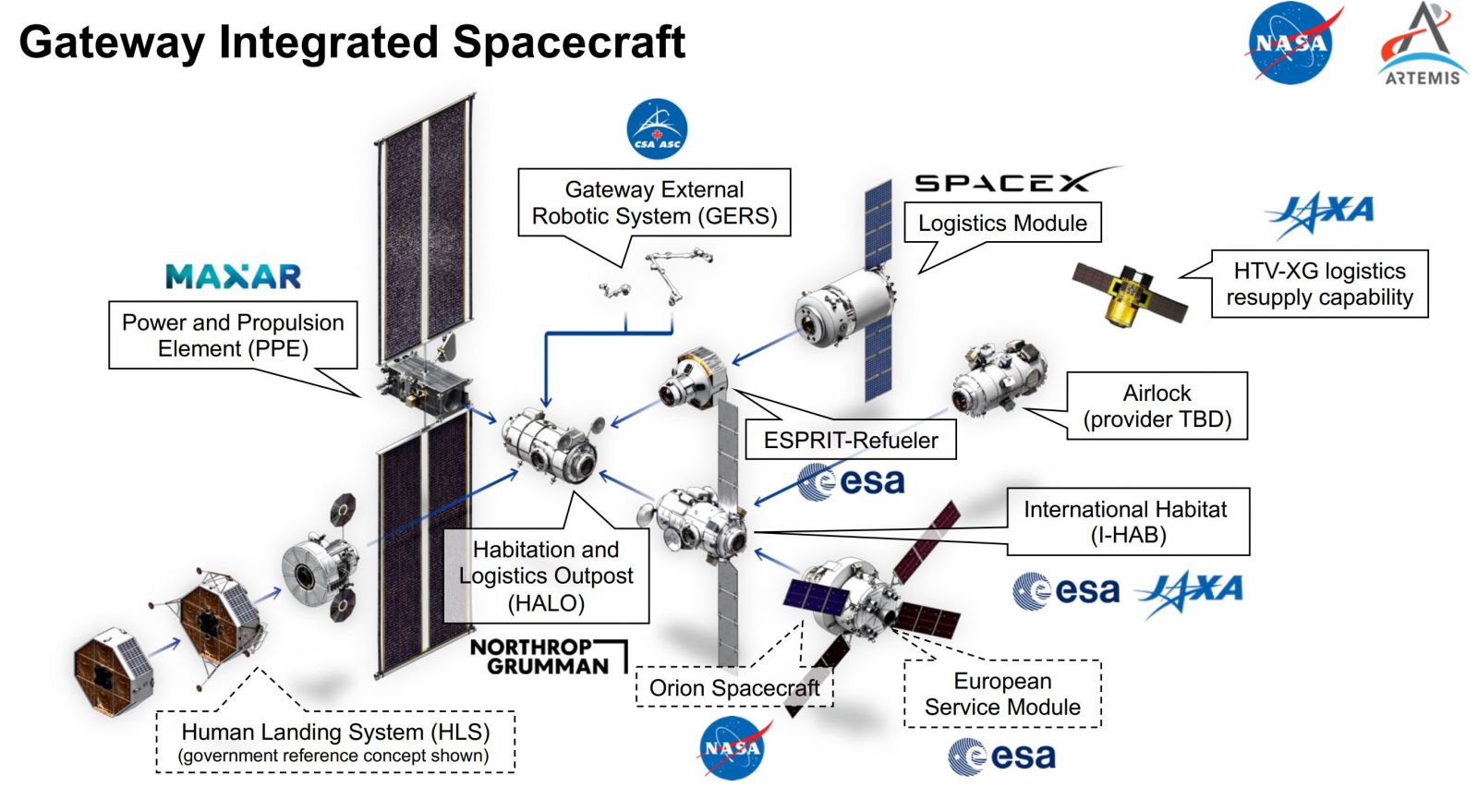 A diagram of the components of the Lunar Gateway. Credit: NASA

The first vehicle to evaluate this orbit is expected to be NASA’s CAPSTONE spacecraft, which stands for Cislunar Autonomous Positioning System Technology Operations and Navigation Experiment. Launched in June 2022 and is slated to enter this orbit on Nov. 13. It’ll verify the stability of the orbit before the U.S. space agency begins sending components of the Lunar Gateway.

The Lunar Gateway is designed to be a way station and rendezvous point for astronauts and hardware bound for the South Pole of the Moon. In its final configuration, it’ll have several modules to allow for multi-month stays by astronaut crews while supporting lunar surface missions.

Artemis 4 is expected to see the first crew visit the outpost. Launching atop an SLS rocket no earlier than 2026 or 2027, it’ll also bring a habitation module built by the European Space Agency.