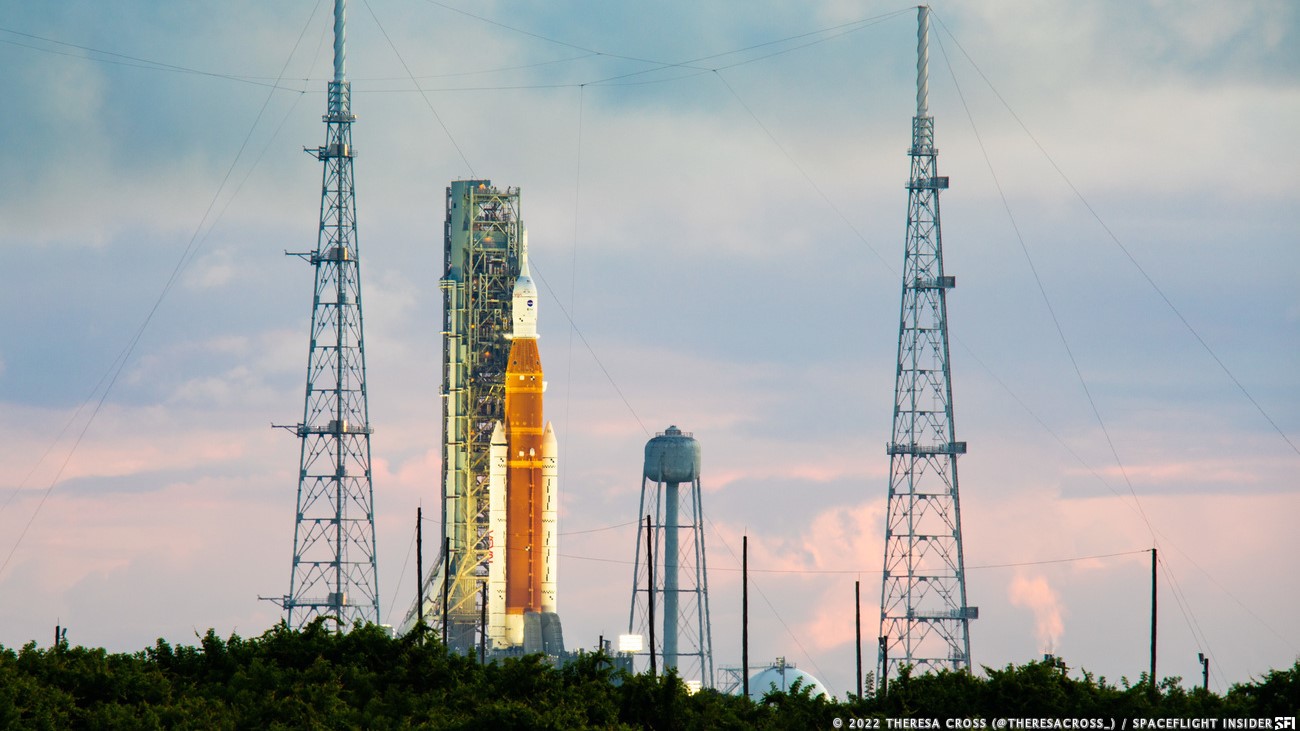 The Artemis 1 SLS rocket will remain on the ground a little longer as a hydrogen leak caused launch teams to call off today’s attempt. Credit: Theresa Cross / Spaceflight Insider

After hours of troubleshooting a hydrogen leak, NASA called off its second attempt to get the Artemis 1 Space Launch System rocket off the ground.

The leak was detected in a quick disconnect cavity at the base of the rocket’s core stage. This prompted teams to stop filling hydrogen and allow the propellant line to warm up before resuming again in hopes that it would reseat the seal between ground support equipment and the vehicle.

Unfortunately, once teams manually began flowing hydrogen back into the core stage, the leak recurred. Hydrogen was stopped for a second time to warm up the lines and restart flow, but it didn’t work.

During the first launch attempt on Aug. 29, a similar hydrogen leak occurred, but it was much smaller and manageable, according to NASA. What ultimately caused the scrub on the 29th was an anomalous sensor reading on engine No. 3 on the core stage.

Because of the larger nature of the leak, NASA has opted to forgo any launch attempt next week. Teams are deciding whether they need to roll the rocket back to the VAB to replace the quick disconnect seal, or if the work can be done on the pad.

Completing the work on Launch Complex 39B would allow for a cryo test of the seal, which can only be done at the pad. Either way, the rocket needs to be returned to the VAB in order to recertify the flight termination system, which is only certified for 25 days from its installation.

The earliest the Artemis 1 SLS rocket could launch would be late September or early October, but that would conflict with NASA’s Crew-5 launch to the International Space Station, slated for Oct. 3. More opportunities are available between Oct. 17 and Oct. 31.

When it does launch, the 322-foot (98-meter) tall SLS rocket will send an uncrewed Orion spacecraft on a multi-week journey to the Moon and back, with the crew module splashing down in the Pacific Ocean off the coast of San Diego.

A successful Artemis 1 will pave the way for a crewed Artemis 2 mission in 2024, which will include three American astronauts and one Canadian astronaut.