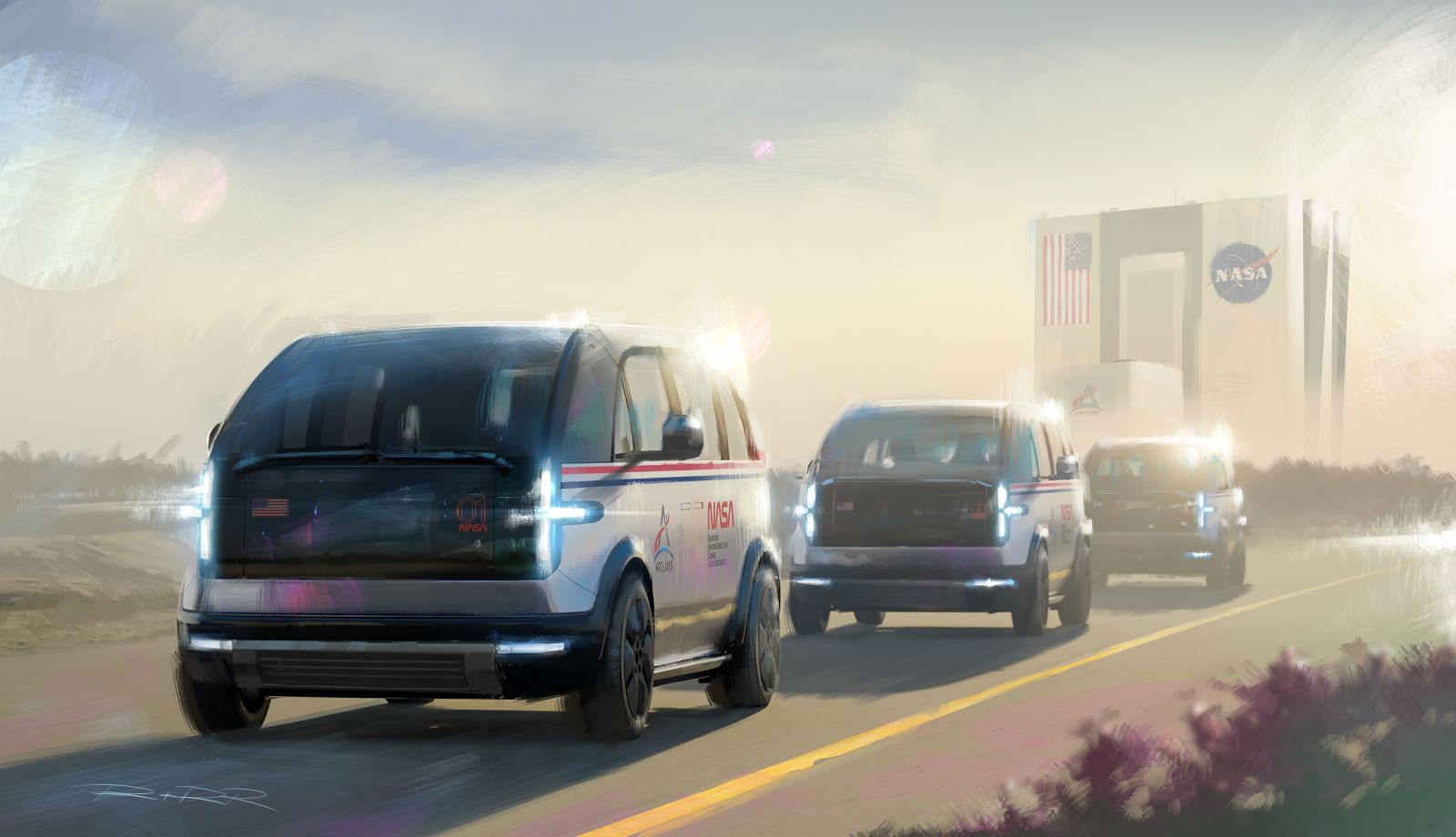 The dawning of a new era in American human spaceflight will also bring about the debut of a new series of transport vehicles for Artemis astronauts.

NASA has contracted with Canoo Technologies Inc. to deliver a fleet of three all-electric vehicles based on the company’s Lifestyle Vehicle series. These first of their kind astronaut transports will be fully electric and will feature zero-emissions technology as they transport astronaut crews roughly 10 miles (16 kilometers) from the Neil Armstrong Operations and Checkout Building at Kennedy Space Center in Florida to Launch Complex 39B.

According to NASA, the pod-shaped vehicles will be customized for the space agency’s needs and seat up to eight, including four fully-suited crew members. 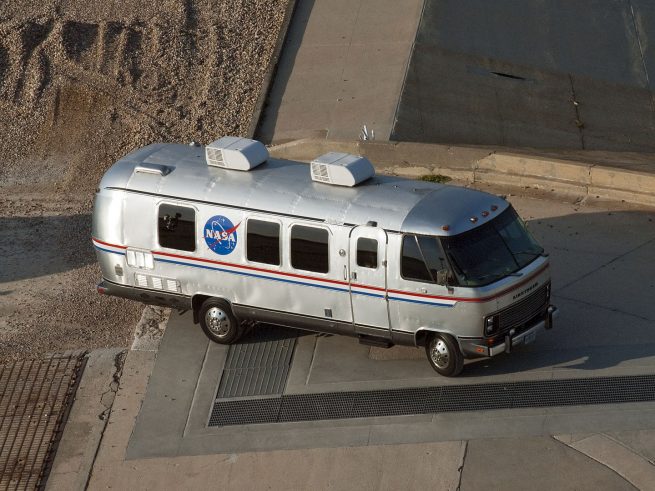 During the majority of NASA’s space shuttle program, a 1983 Airstream was used to transport astronauts to the launch pad. Credit: NASA

The new vehicles are set to replace the iconic astronaut transfer vans, known as Astrovans, used during the majority of the 30-year space shuttle era, which were modified 1983 Airstream vehicles.

Since 2020, SpaceX has used Tesla Model X vehicles to transport both NASA and private astronauts to Launch Complex 39A to board the company’s Crew Dragon spacecraft.

Crew transport vehicles have been a pivotal tool since the beginning of American human spaceflight. During the Apollo program, NASA utilized a modified Clark-Cortez motorhome to transport Apollo astronauts from the checkout facility to the launch pad.

Before the famous Astrovans made their debut, shuttle astronauts were brought to the pad by the same Clark-Cortez motorhome until STS-6 in 1983. For STS-7 and STS-8, also in 1983, astronauts used an Itasca Suncruiser M-22RB because of the increasing crew sizes being transported — those missions were the first to include five people.

NASA knew that if the space shuttle was going to carry larger crews (it could hold up to eight astronauts), a larger transport vehicle would be needed. Thus, the Airstream Astrovan made its debut during the STS-9 mission in 1983, which continued being used until the end of the program with STS-135.

Canoo is expected to deliver the new vehicles to NASA no later than June 2023, in time for the first crewed mission of the Artemis program, known as Artemis 2, which is set to fly no earlier than May 2024.

Artemis 2 is slated to send three U.S. astronauts and one Canadian astronaut on a 10-day free-return flyby of the Moon.