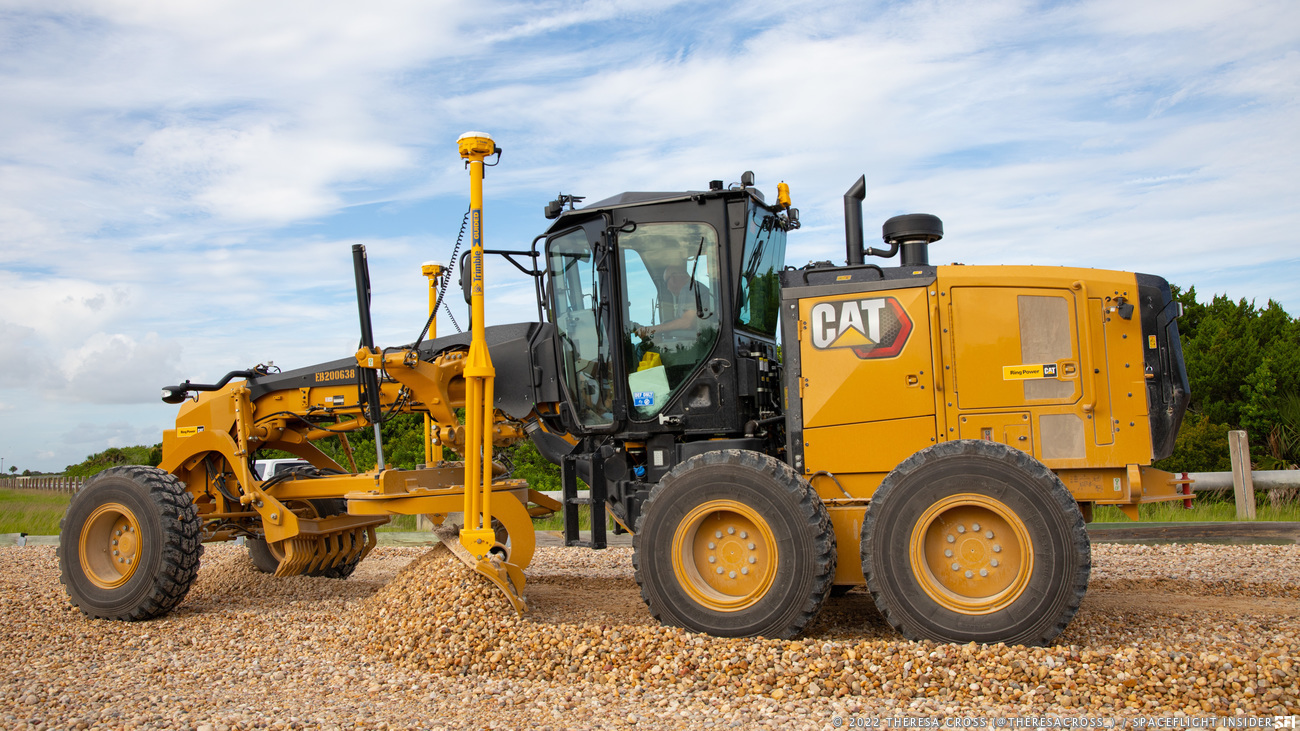 NASA puts its new Robotic Guided Motor Grader through its paces as it levels the crawlerway before the crawler-transporter moves the Space Launch System rocket to Launch Complex 39B. Credit: Theresa Cross / Spaceflight Insider

Before NASA’s crawler-transporter can move the Space Launch System to the launch pad, the “crawlerway” road it travels on needs to be properly prepared.

On July 25, 2022, Spaceflight Insider had an opportunity to meet and speak with several people involved in testing out a new optical guided motor grader built by Caterpillar. As its name suggests, this vehicle makes sure the two-pathway, 130-foot (40-meter) wide crawlerway is level and equal when the Space Launch System – topped with the Orion spacecraft – is carried by the crawler-transporter 2 back and forth from the Vehicle Assembly Building and Launch Complex 39B — a journey of about 4.2 miles (6.5 kilometers). 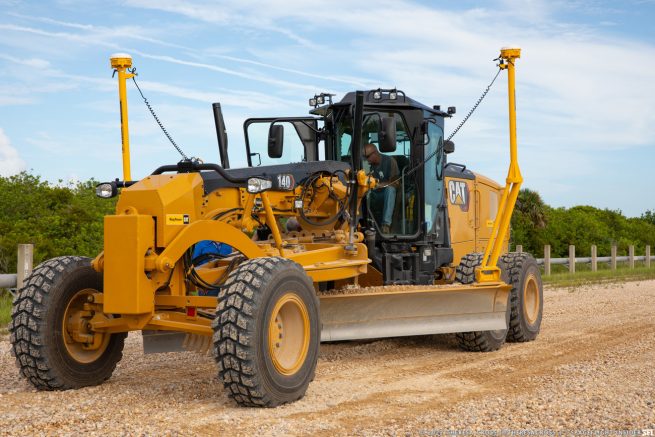 Contractor Sam Dove, Jacobs engineer/driver, hails from West Virginia, spent his youth there growing up on a farm and went on to serve four years in the U.S. Air Force, went off to college and then landed a job at Kennedy Space Center in 1987.

Dove spent his first 10 years in design engineering and the last 25 as a crawler-transporter engineer and driver of one of the world’s largest tracked vehicles.

On July 25, Dove said the optical grader was being put through its paces as contractor drivers and crawler engineers received instruction on the brand new off the factory floor state-of-the-art machine.

Jerry Burke with Sitech — North Central Florida — was on site to outline some of the more significant and robust features of the newly arrived grader.

Once the 3D files of the crawlerway are loaded into the system’s software along with NASA’s rock height specification, Burke said, corrections from the optical surveyor attached to the grader are automatic and adjust the blade to attain the even rock height consistently along the crawlerway. 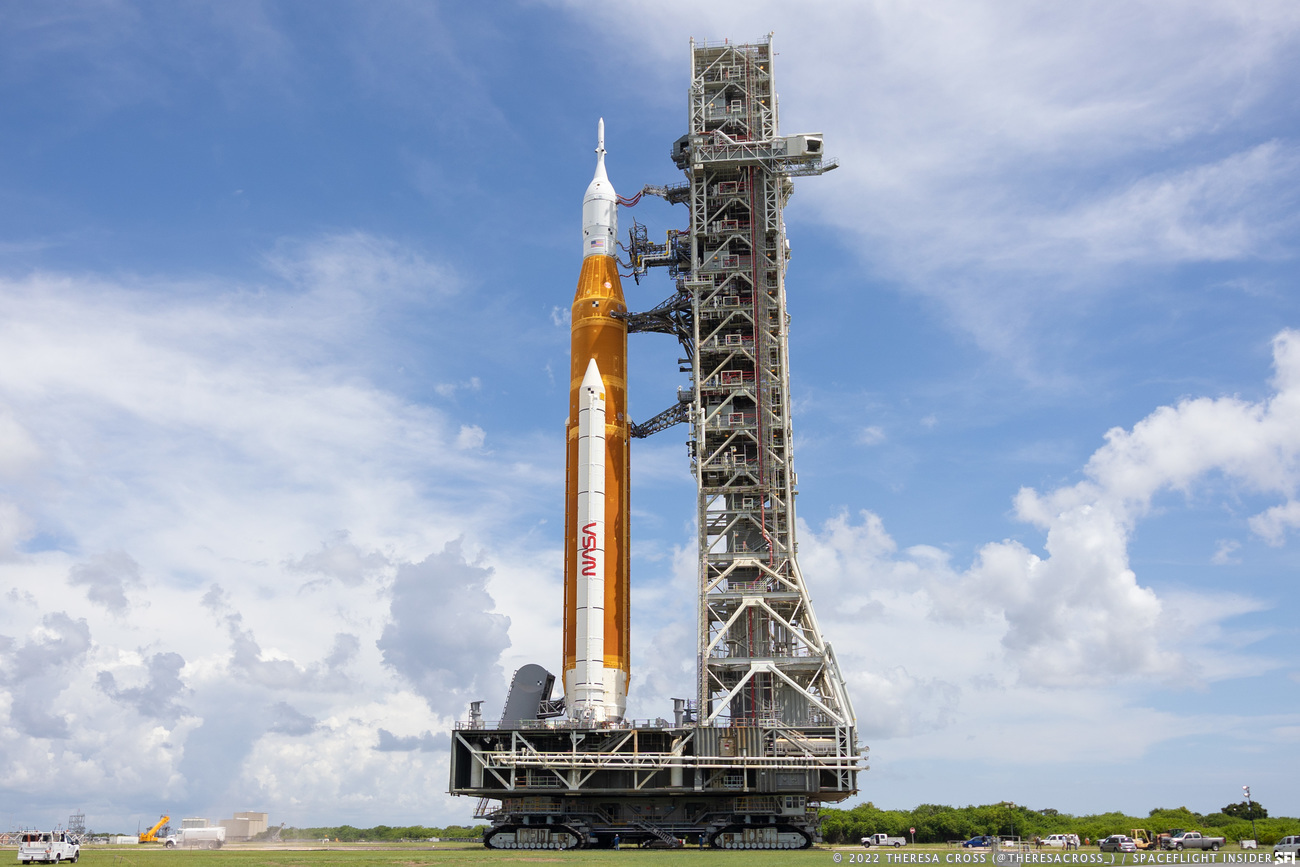 The vendor of the new Optical guided motor grader was on site to train engineers and technicians on how to use the high-tech grader’s capabilities, now driven with 2 joysticks — no more steering wheel.

The grader has been leased for three months with an eye toward the future as the Artemis program moves well beyond the capabilities of the original graders. 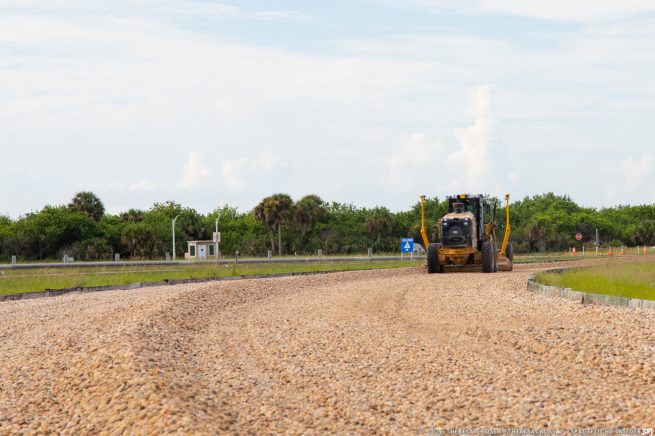 The completion of further testing and evaluation of the new grader as a possible permanent fixture delivering a consistent, trackable transport product for the crawlerway is underway, explained Dove.

Dove went on to say, Kennedy’s current graders require operators to physically and visually perform tasks that can be completed electronically and with great precision with this new grader technology.

The river rock that covers the crawlerway has different thicknesses that sits on top of a limerock base and must be level and equal to assist with steering the crawler-transporter and provides cushion for the rocket’s ride to and from the launch pad.

The equalization of the smooth, round stone on the crawlerway will also decrease the amount of friction on the crawler-transporter’s shoes making it much easier for the vehicle to move, as it does not have a suspension system while transporting the tremendous weight of 14.8 million pounds that is comprised of NASA’s Space Launch System and Orion held in place by the mobile launcher.

As of publication, the launch of the first Space Launch System rocket for the Artemis 1 mission is slated for no earlier than Aug. 29, 2022. To make that date, the crawler-transporter will need to roll the rocket and the Mobile Launcher down the crawlerway by about Aug. 18. 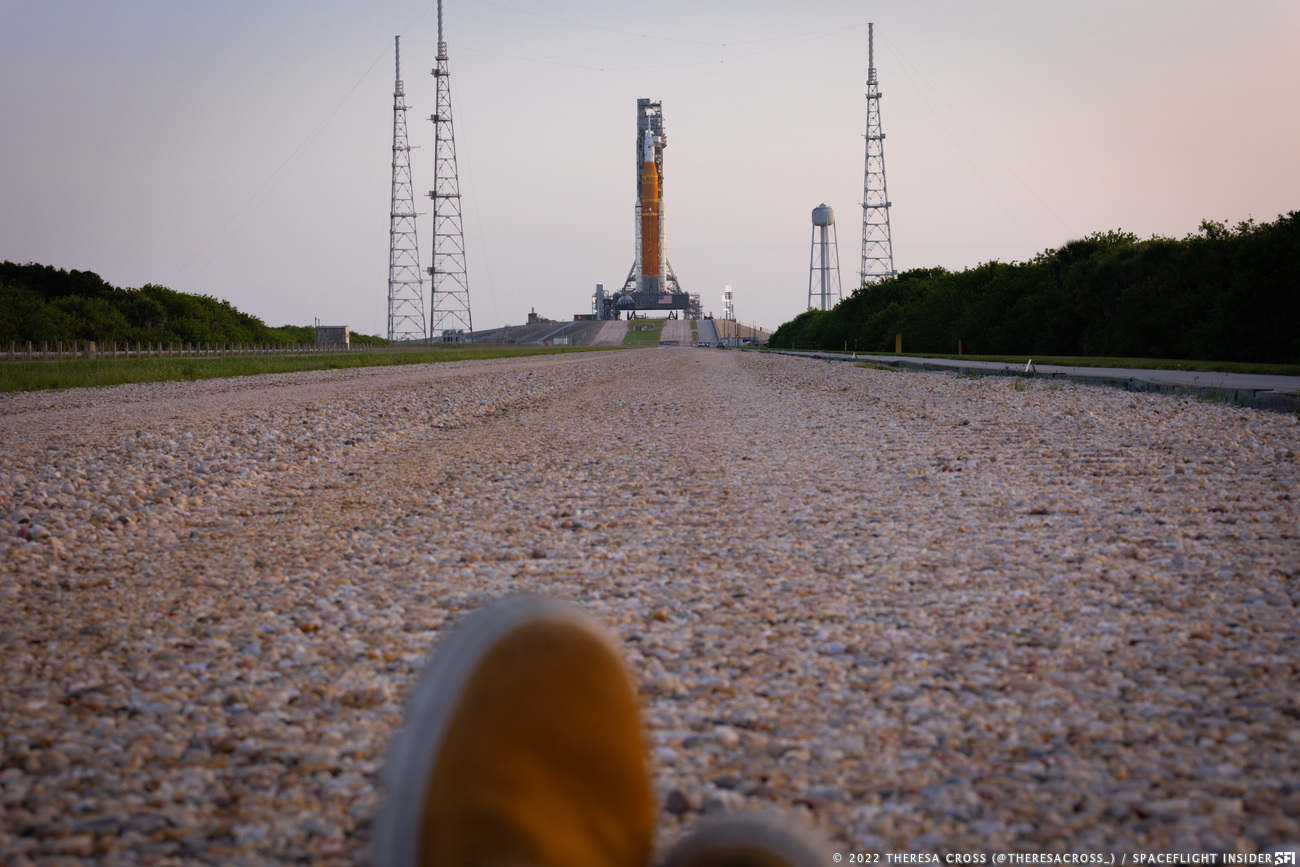 The SLS rocket at the top of Launch Complex 39B. Credit: Theresa Cross / Spaceflight Insider