Artemis on the move: What it takes to get SLS to the pad 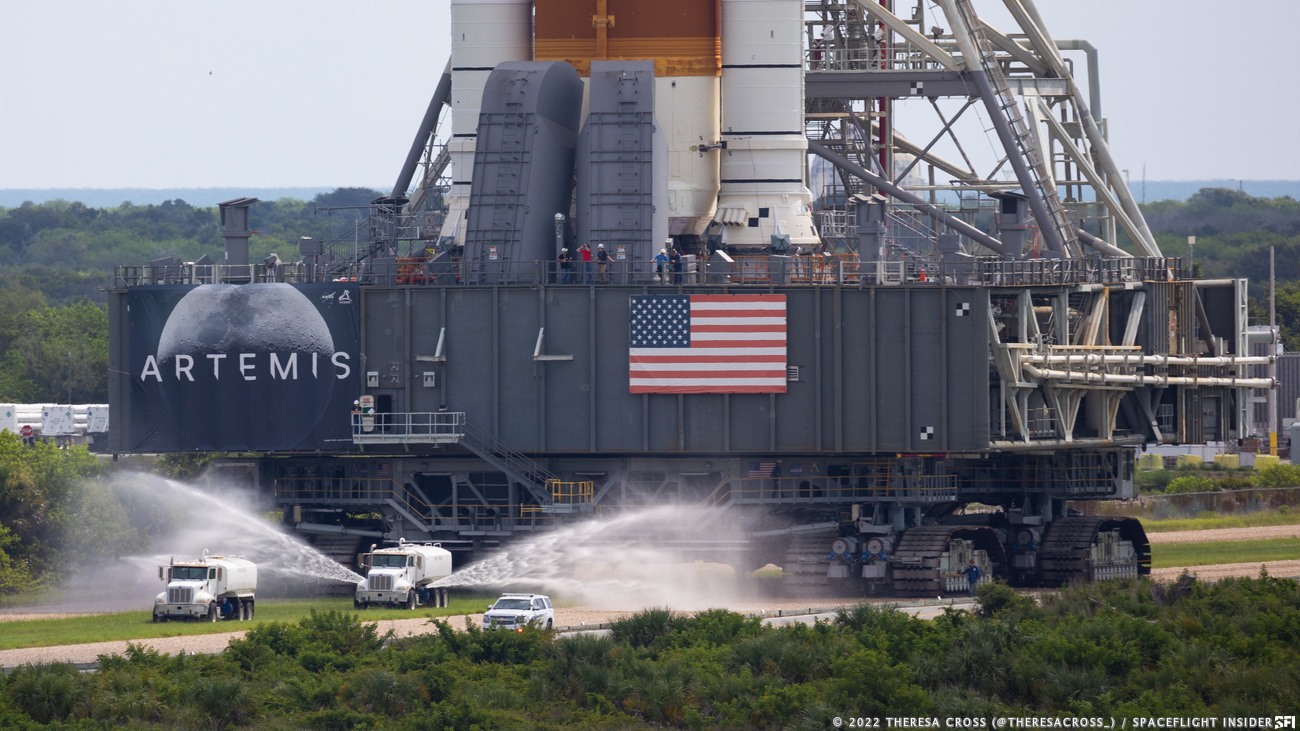 NASA’s crawler-transporter moves the Space Launch System back to the Vehicle Assembly Building to be readied for the Artemis 1 mission later this year. Credit: Theresa Cross / Spaceflight Insider

With tentative launch dates penciled in for the Artemis 1 mission, what does it take to get the massive Space Launch System rocket from the assembly building to the launch pad?

The Space Launch System was assembled atop a Mobile Launcher inside the voluminous Vehicle Assembly Building at NASA’s Kennedy Space Center in Florida. To get it the 4 miles (6.5 kilometers) from the VAB to Launch Complex 39B requires the use of a massive crawler-transporter.

NASA has two of these behemoths, both built in the mid-1960s for the Apollo program. They were later used for the space shuttle program. However, the space agency is only using crawler-transporter 2, or CT-2, for the SLS program. 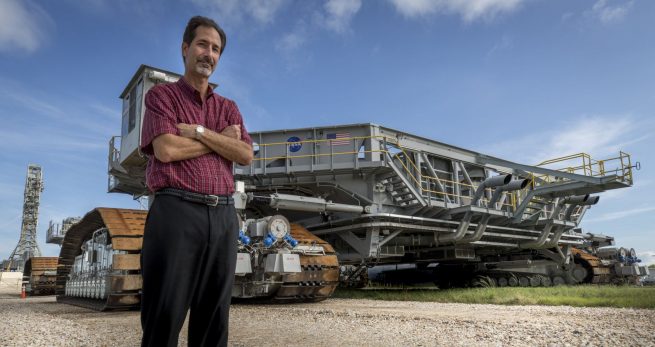 Earlier this month, Spaceflight Insider had the opportunity to speak with John Giles, Crawler Element Operations Manager at NASA’s Exploration Ground Systems program. His responsibility is to guide and lead the team that moves the massive rocket back and forth from the VAB and Launch Complex 39B.

Giles has been charged with “top down” responsibilities including scheduling, rolls and communications between NASA, himself, the technicians and engineers driving the crawler as operational needs can move well outside of intended timeframes. Giles has held the position of operations manager for 10 years.

Crawler-transporter operators need an engineering degree and are trained to repair and troubleshoot everything from hydraulics to electrical and consoles.

Once these individuals have completed instruction for each phase of operation, they are tested and receive a certification as operator/driver of the decades-old vehicle.

Starting up the crawler is a cooperative effort between engineers and technicians working in concert with one another to make sure the massive diesel engines are ready for cranking, as oil temperatures and console pressures are carefully monitored ahead of engine start.

Due to the age of the crawler, a computer-generated list of recurring preventative maintenance tasks are performed.

When asked about the one thing that breaks the most often or concerns Giles with regards to CT-2, the answer was the shoes that make up the vehicle’s eight treads. There are 57 shoes per tread and they can lose two to three per roll.

The increased weight of the Space Launch System is a significant contributor to the replacement needs. The crawler went from needing to move 12 million pounds during the space shuttle era to 18 million pounds today.

Sourced from various foundries, these 2,000-pound shoes can take up to a year for prototypes to process and submit for inspection. Currently, there are 114 shoes on order.

When the space shuttle program ended in 2011, the crawler was stored away in NASA’s crawler yard where teams began modifications to support SLS in advance of the Artemis mission to the Moon and beyond. 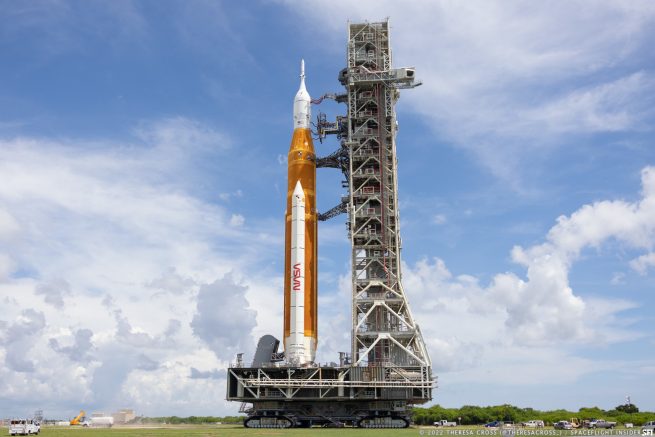 When asked about the difficulties and differences between transporting SLS as opposed to the space shuttles, Giles said that the additional weight has SLS rolling “off center” and that the Mobile Launcher extends beyond the heights of the space shuttle, which can act as a “sail” during transport.

Giles also went on to say that the incline of ramp to Launch Complex 39B — a 5% grade — can present a challenge as well.

Currently, there are no plans to upgrade the second crawler due to budget constraints. NASA will be entertaining commercial lease possibilities for the second transporter.

When posed the question as to what Giles wished people asked more about when it came to the immense responsibility of operating the crawler, he said he wants everybody to know it is all about the team of humans operating the crawler, how they “live and breathe” for the job, the love they have for it and how they continually keep the excitement contagious for all, including Giles.

Giles plans to spend launch day with family, friends or giving tours, as his job will be completed just ahead of that historic moment.

NASA announced preliminary launch dates for the Artemis 1 mission during a teleconference on July 20. The target dates are Aug. 29, 2022, as well as Sept. 2 and Sept. 5.

Launch attempts outside of that timeframe will require a trip back to the VAB by the crawler-transporter to wait for the next window between Sept. 19 and Oct. 4.