NASA’s Space Launch System sits atop its Mobile Launch Platform at Launch Complex 39-B, as seen in this image from September 23, 2022. On September 25, the Crawler Transporter was moved into place underneath the MLP, in preparation for a potential roll back of the vehicle to the VAB. Credit: Sean Costello / Spaceflight Insider

NASA officials announced Sunday evening that no decision had been reached as to whether the Space Launch System (SLS) and Orion capsule stack will need to head back to the safety of the Vehicle Assembly Building (VAB).

The most pressing concern on the minds of many is the estimated track of Tropical Storm Ian, which most recent models suggest will proceed up the Gulf of Mexico, off the western coast of Florida. While that path would likely result in minimal impact to the Space Coast and Cape Canaveral, there is great consideration being made for the unpredictable aspects of such weather systems. In 2004, Hurricane Charley caused great damage and surprised many as a result of a swift change in track – one which went against estimated models. 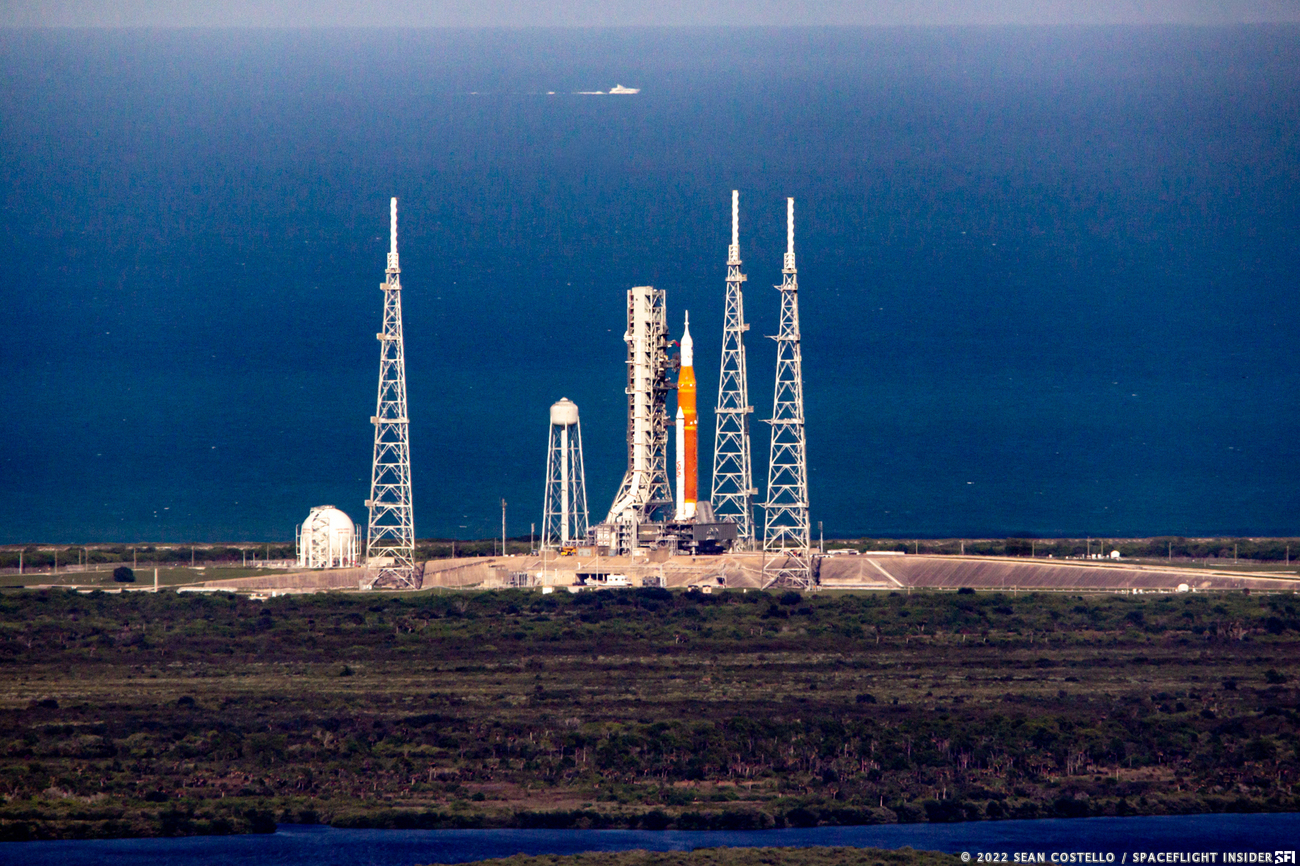 One of NASA’s Crawler Transporters has been moved underneath the Artemis I vehicle stack, as can be seen in this image taken during a photo flight on Sunday, September 25. Credit: Sean Costello / Spaceflight Insider

NASA has made clear that they place significant importance on the needs of their workforce; if a roll back is required, NASA needs to ensure that it is performed efficiently and early, in order to release the associated workers to be with and support their own personal preparations for the storm.

Spaceflight Insider staff remain in touch with NASA and will be providing a report on Monday morning with the developments from Kennedy Space Center.

Update to story on Monday September 26:

Updated with current storm prediction graphic, “Advisory 13A”, released today by the National Hurricane Center at 8:00 am. 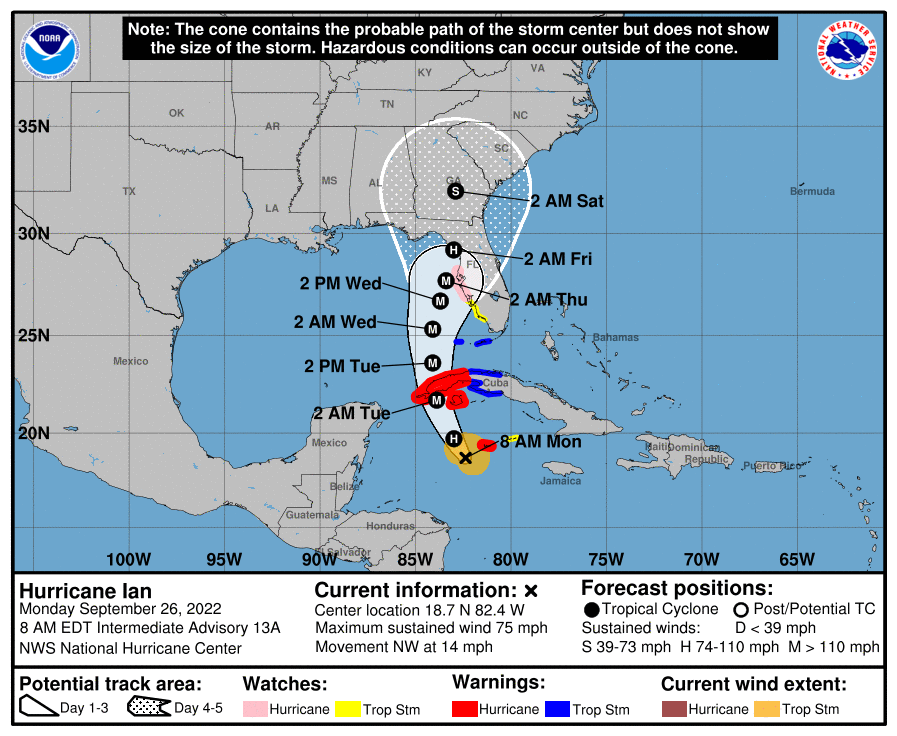