Artemis 1 rolls to pad; Next up: Wet dress rehearsal 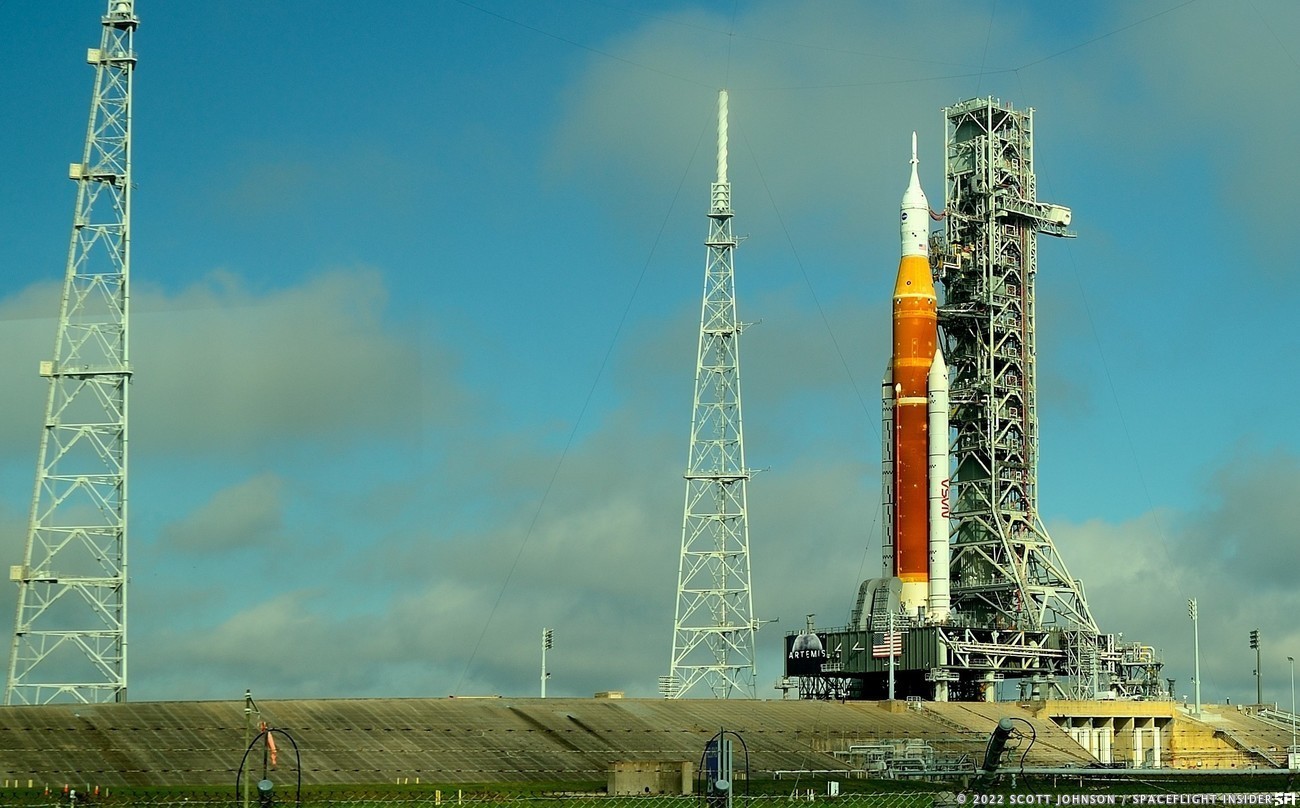 KENNEDY SPACE CENTER, Fla. — On March 17-18, NASA rolled its Artemis 1 Space Launch System (SLS) rocket out of Kennedy Space Center’s (KSC’s) Vehicle Assembly Building (VAB) and 4.2 miles to Launch Pad 39B. The roll to the pad is for an early-April wet dress rehearsal, in anticipation of a summer 2022 launch.

During the roll, as it will for launch, the rocket sat atop Mobile Launcher 1, or ML1, which is approximately 400 feet (122 meters) tall and weighs nearly 11.3 million pounds (5.13 million kilograms).

The rocket and ML1 were carried to the pad on the 6.65-million-pound (3-million-kilogram) Crawler-Transporter 2, or CT-2 — powered by two diesel engines, two AC generators, and 16 traction motors.

CT-2 was built during the Apollo-era for the Saturn V and later used during the space shuttle program. Over the last decade it has been upgraded and modified for use with Artemis and SLS.

Asked about his thoughts on the rollout, Chris Cianciola, SLS deputy program manager, said, “It’s really awesome. What gets me, from my standpoint, is I’ve planned for this day and trying to get here for a long time. I’m good. I’ve been seeing the work volume working its way down to this level, so I’m like, cool, calm and relaxed, cause I know we’re in great shape. But when I get out in the community, and everybody around that I work with, that haven’t been down here, they’re just pumped and excited. I feel like I’m at the end of a marathon.”

“I would doubt that there’s somebody out there that is not excited about this, because, again, it’s been a long time since we’ve seen a vehicle roll out of the VAB,” added Jose Perez Morales, NASA Exploration Ground Systems senior project manager. “I mean, we took the mobile launcher, that’s very exciting, but it’s not as [exciting as] you seeing the whole vehicle moving out like back in the Apollo days, when you saw the first Apollo coming out of that Bay. That’s how it’s going to feel . . . . This is a vehicle almost as big as Apollo, and it’s going to be even more powerful than Apollo.”

The purpose of the March 17-18 rollout is to get the rocket to the launch pad for a series of tests and checks culminating in a simulated launch countdown — called a wet dress rehearsal due to the vehicle actually being filled with the “wet” liquid hydrogen propellant and liquid oxygen oxidizer needed for flight.

As John Honeycutt, SLS program manager, explained: “The reason we test is to learn, but the next step in the learning is going to be when we roll out to the pad, around March 17, and we get to that wet dress rehearsal in early April.”

“We’ll be checking out the functionality of the software systems on the rocket, and how they interface with the ground,” Honeycutt said. “And we’ll basically just do everything from starting the countdown, going through the various holds, probably working through, hopefully not, but probably we’ll probably get to work through some minor technical issues, and then we’ll run all the way down to just right before we go to start the RS-25s, and that’ll culminate the test.”

The wet dress rehearsal is expected to occur April 1-3. Once complete, the rocket will be rolled back to the VAB, where any problems will be worked, before being rolled to the pad for a summer 2022 launch of an uncrewed test flight of the Orion spacecraft around the Moon.

Scroll below for more photos and a video: 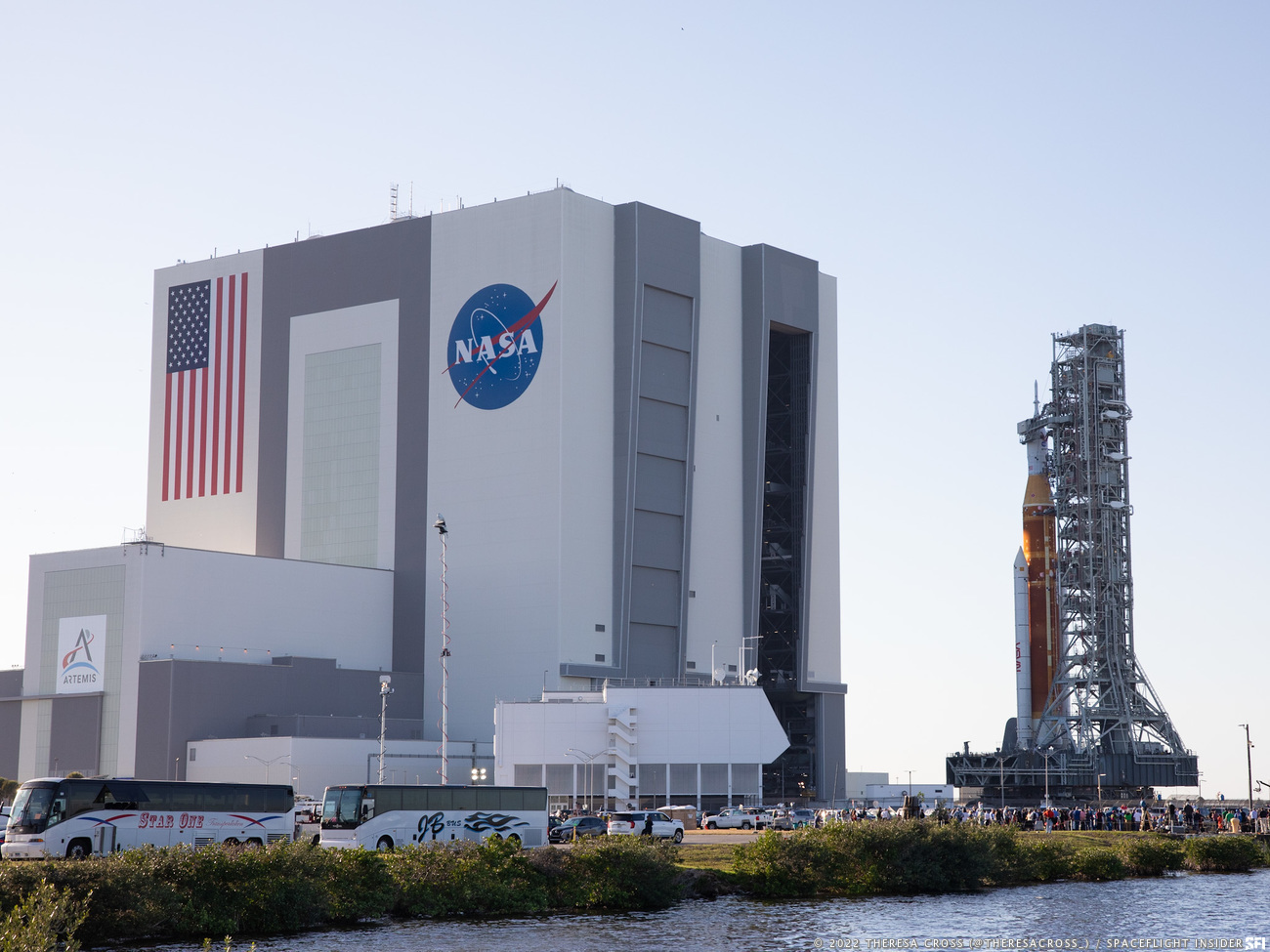 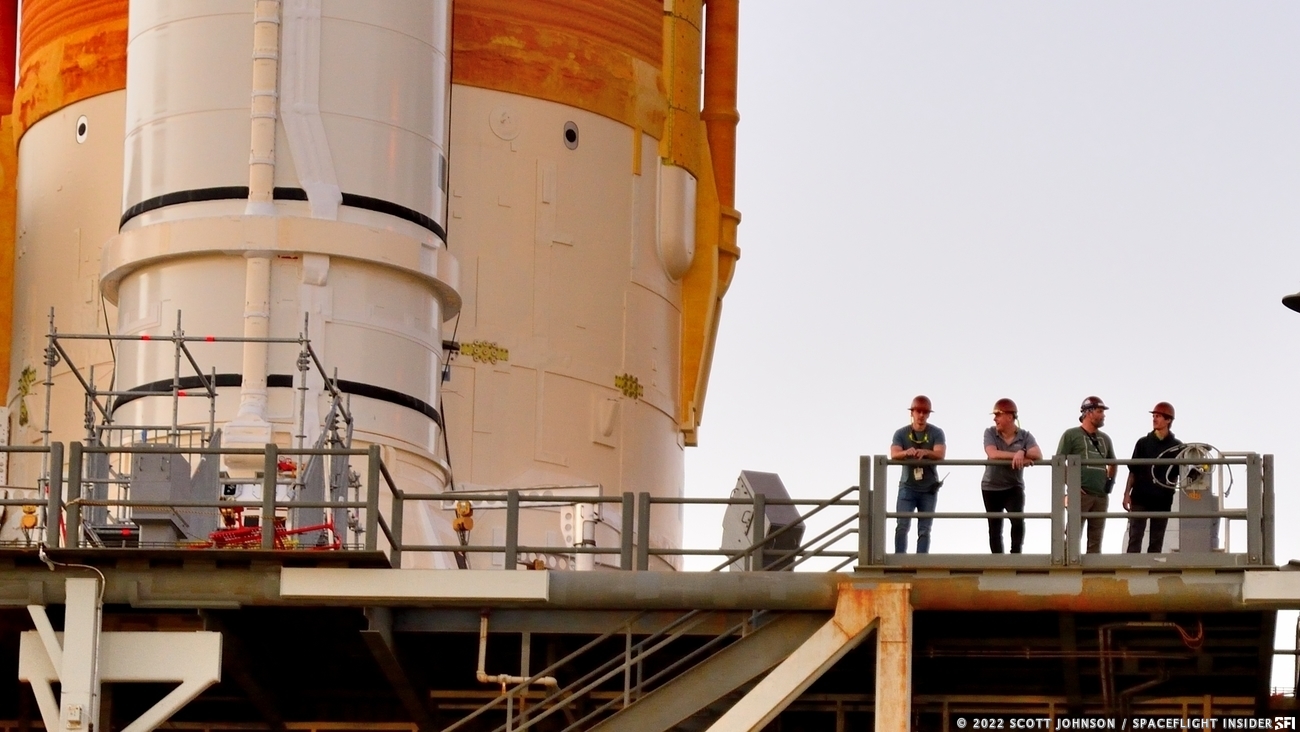 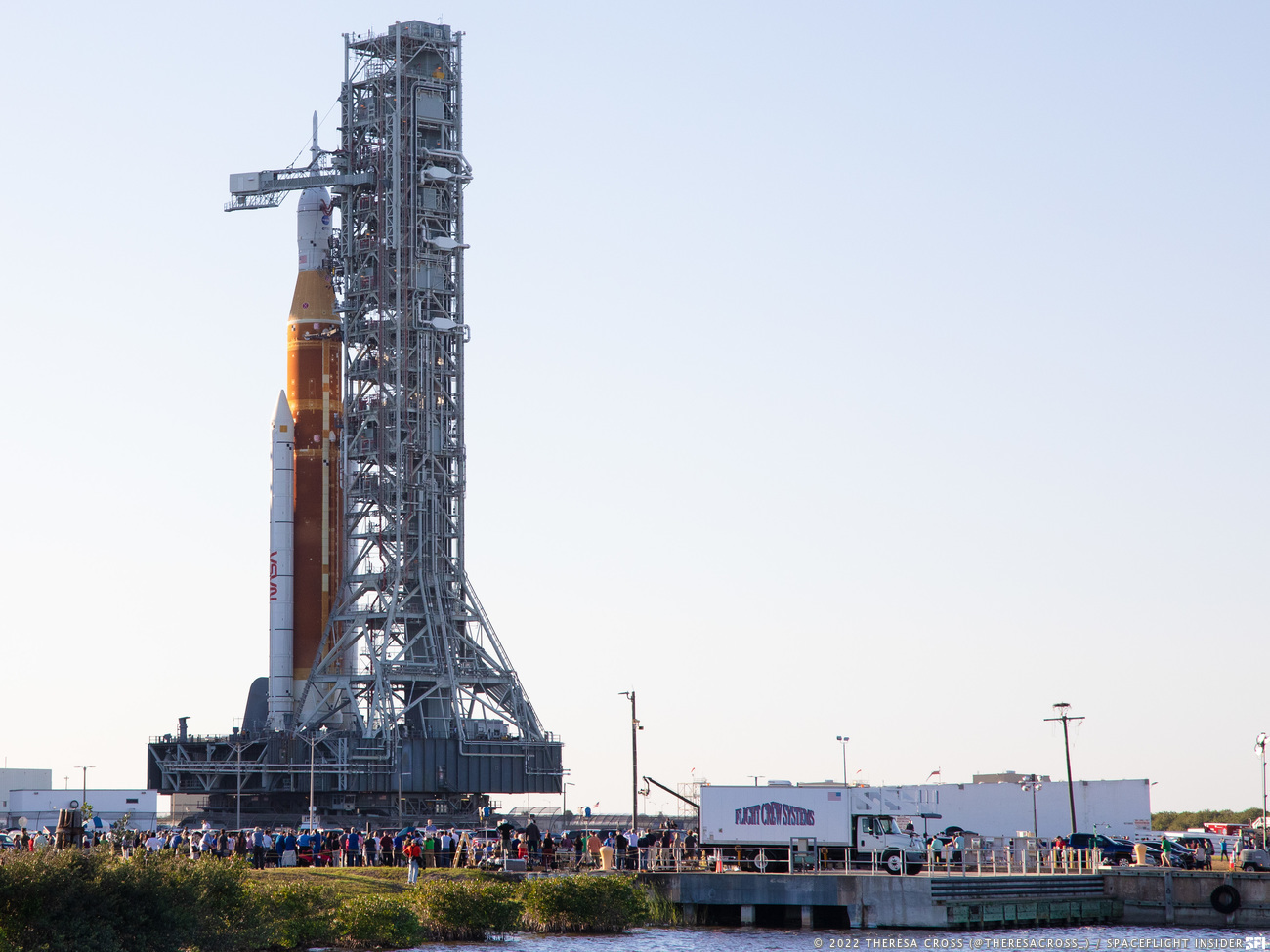 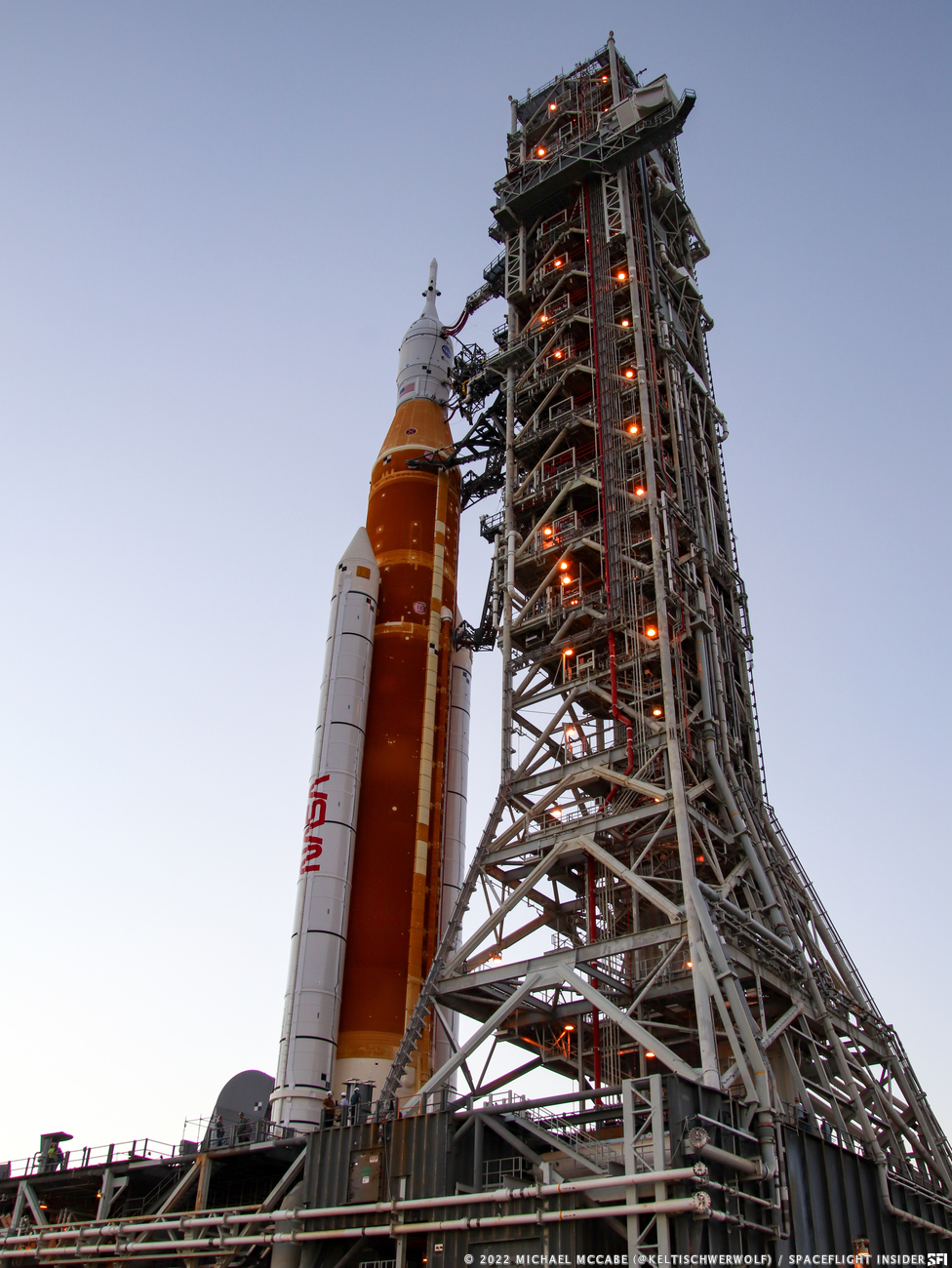 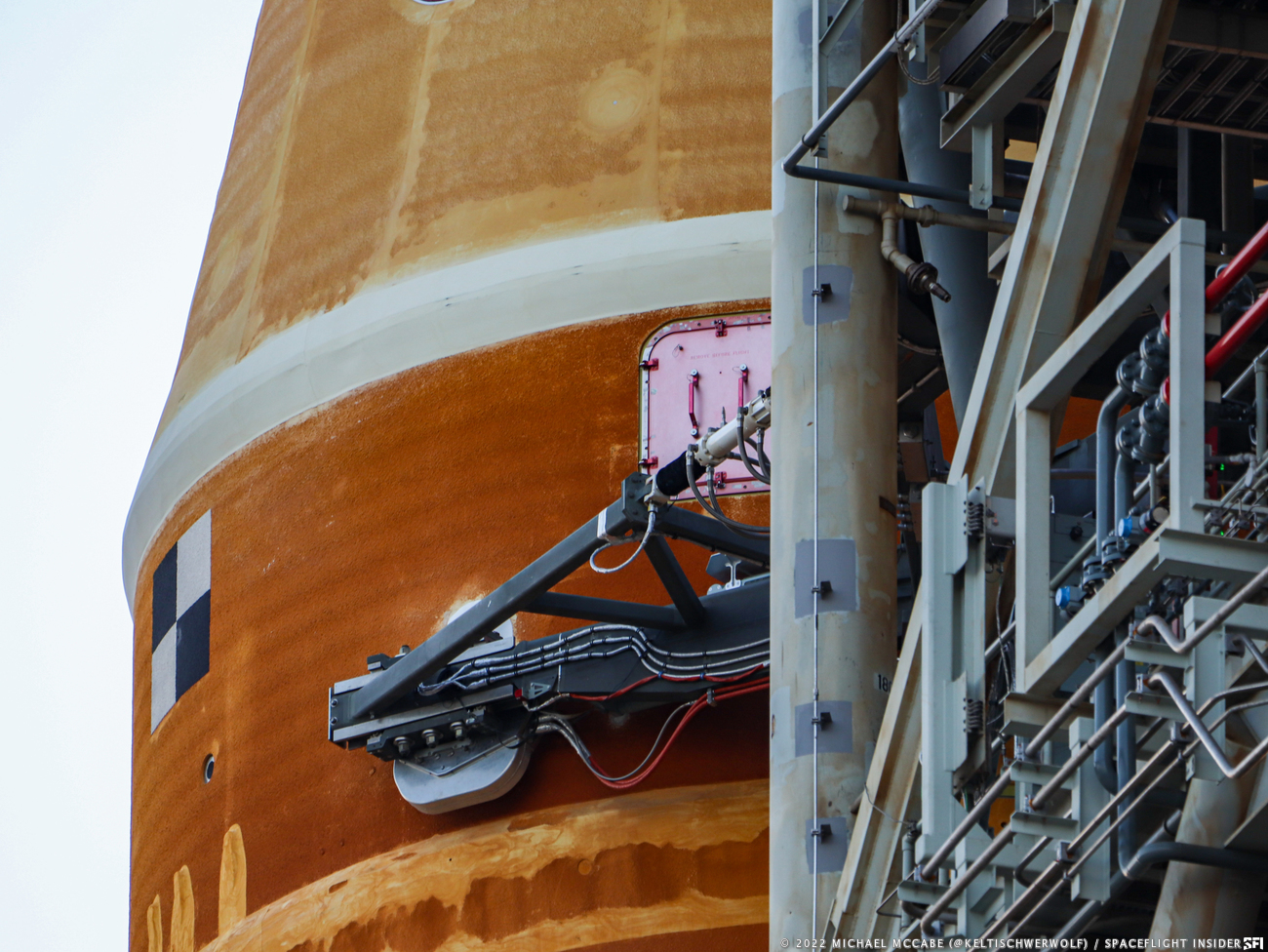 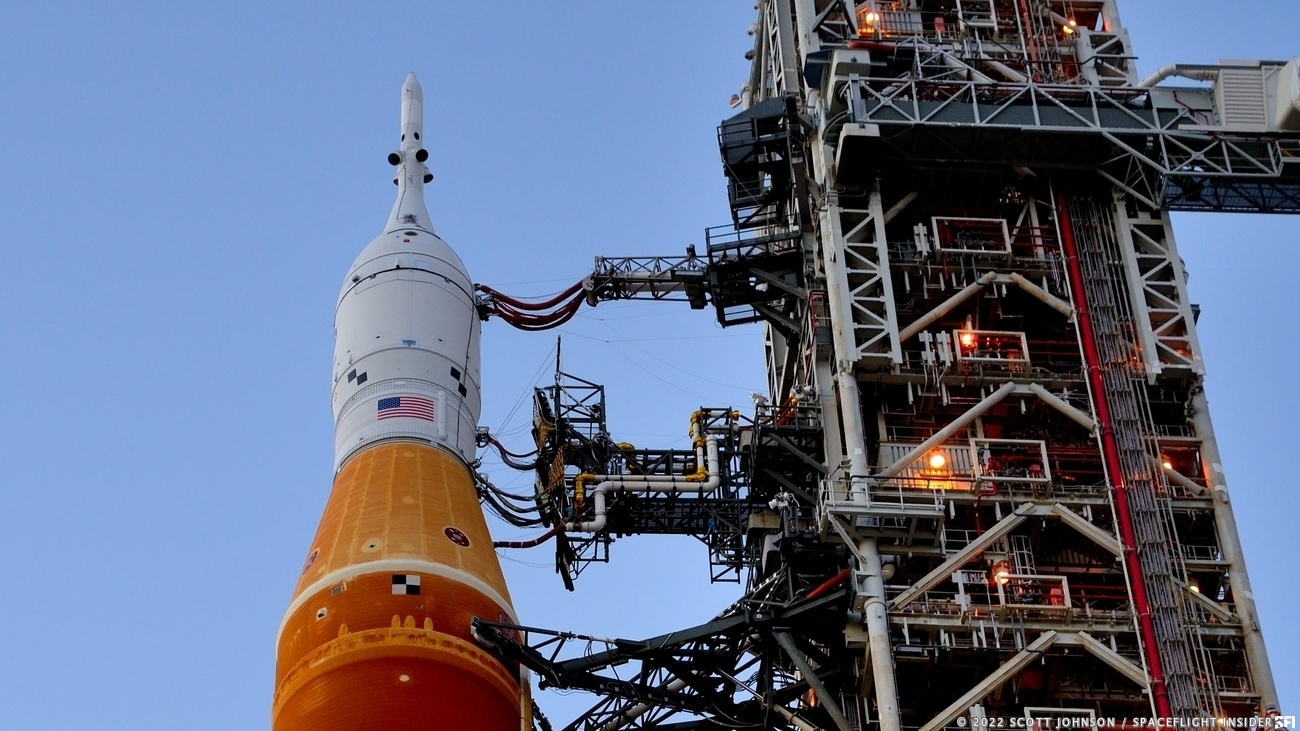 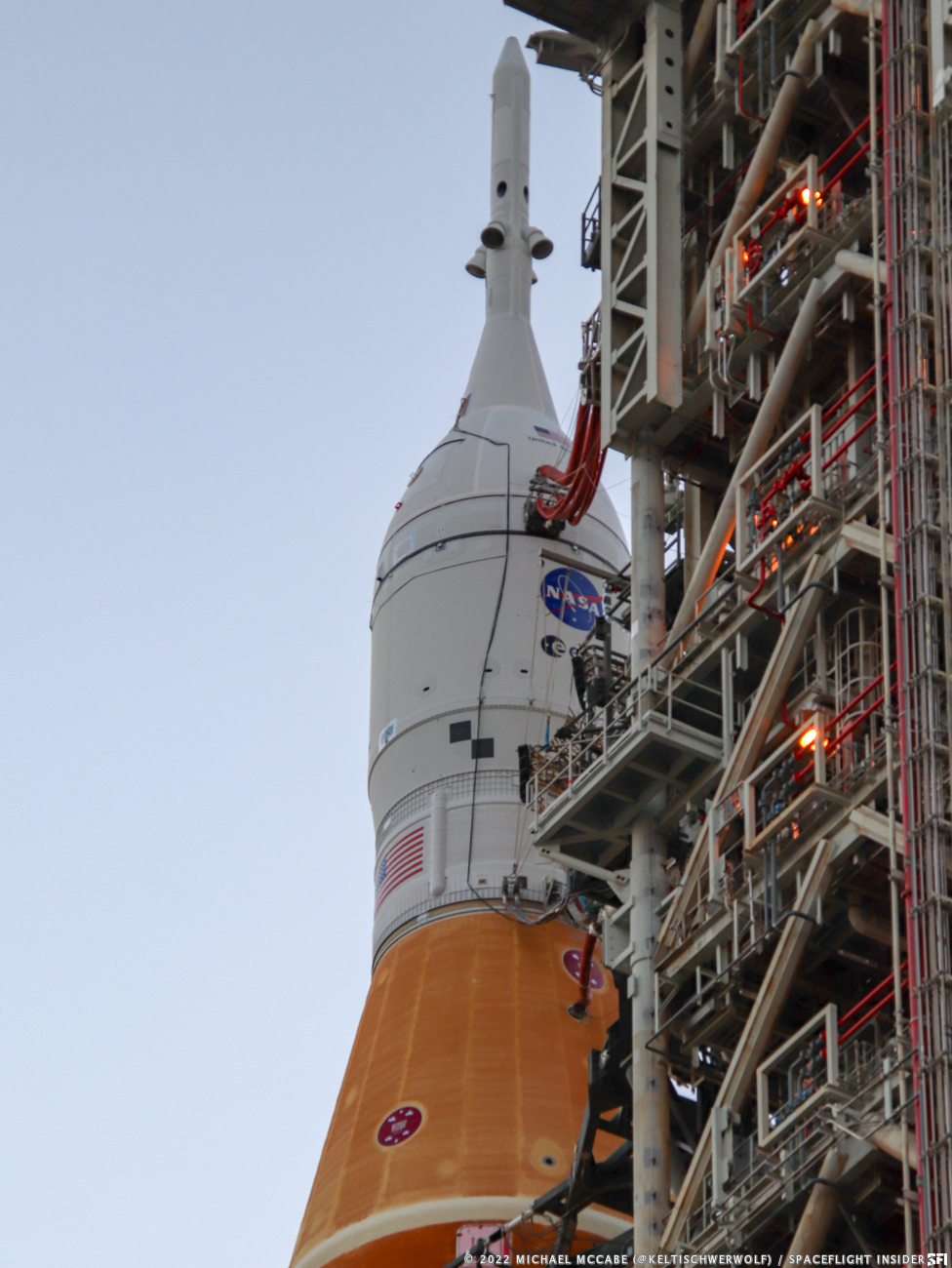 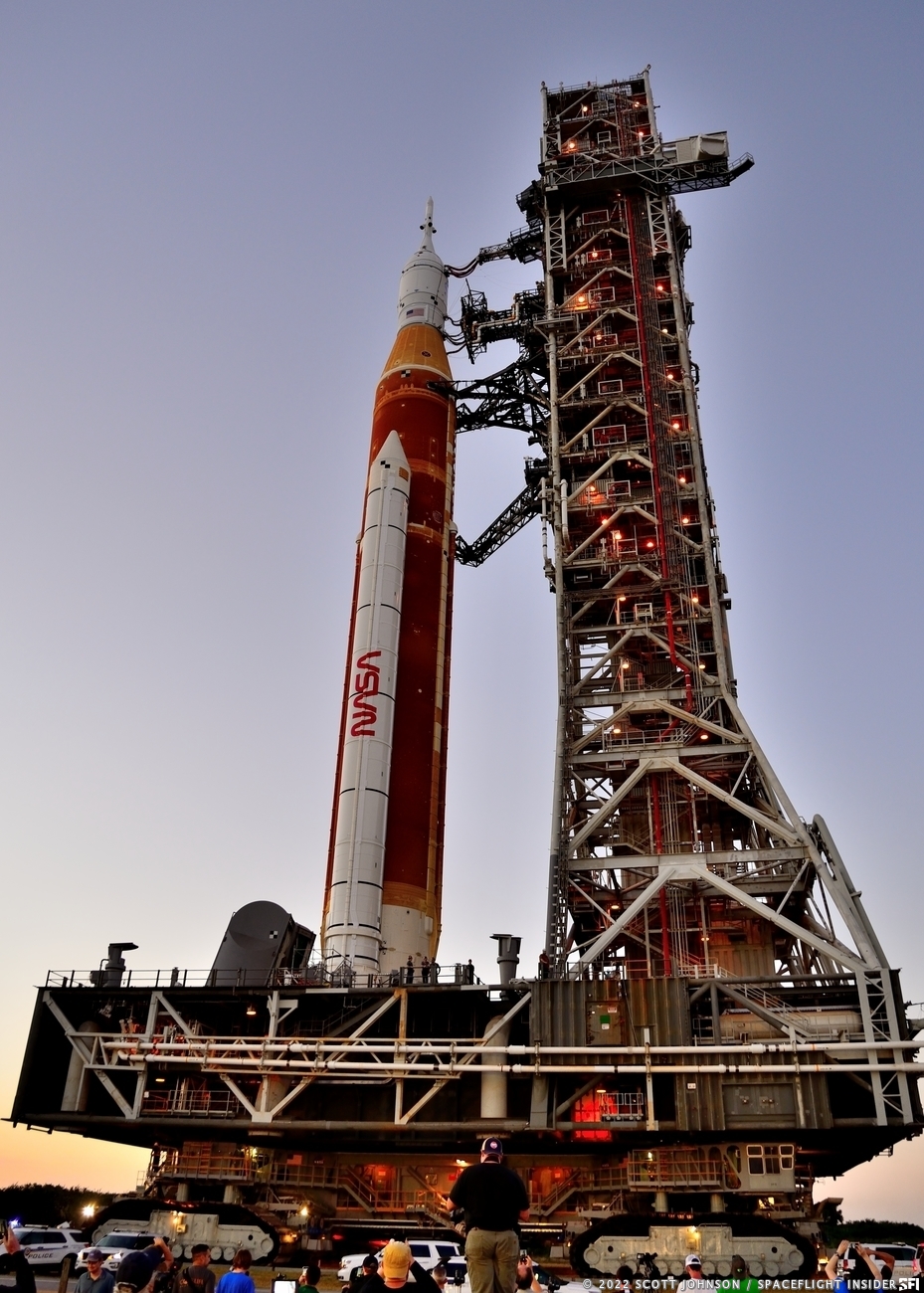 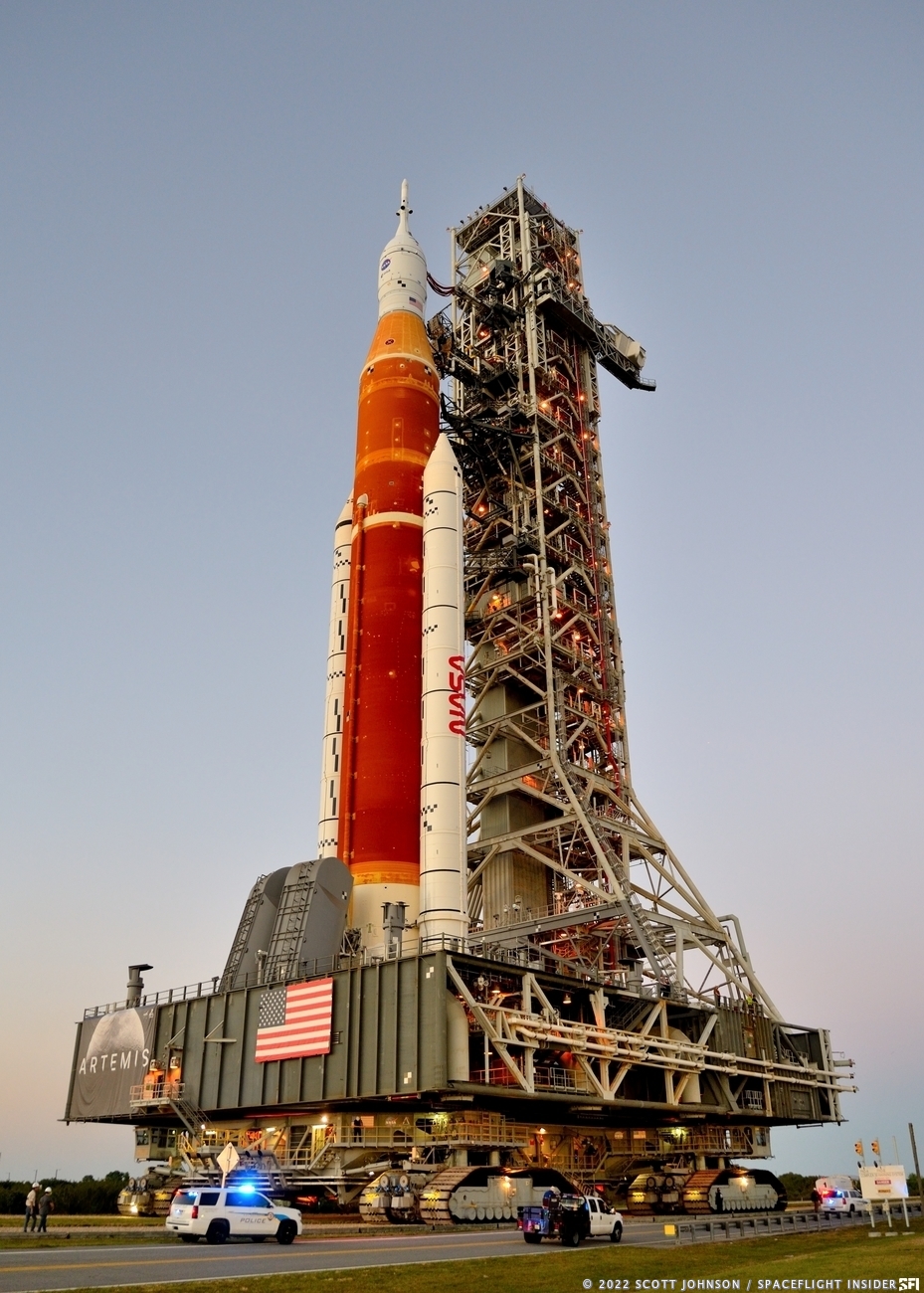 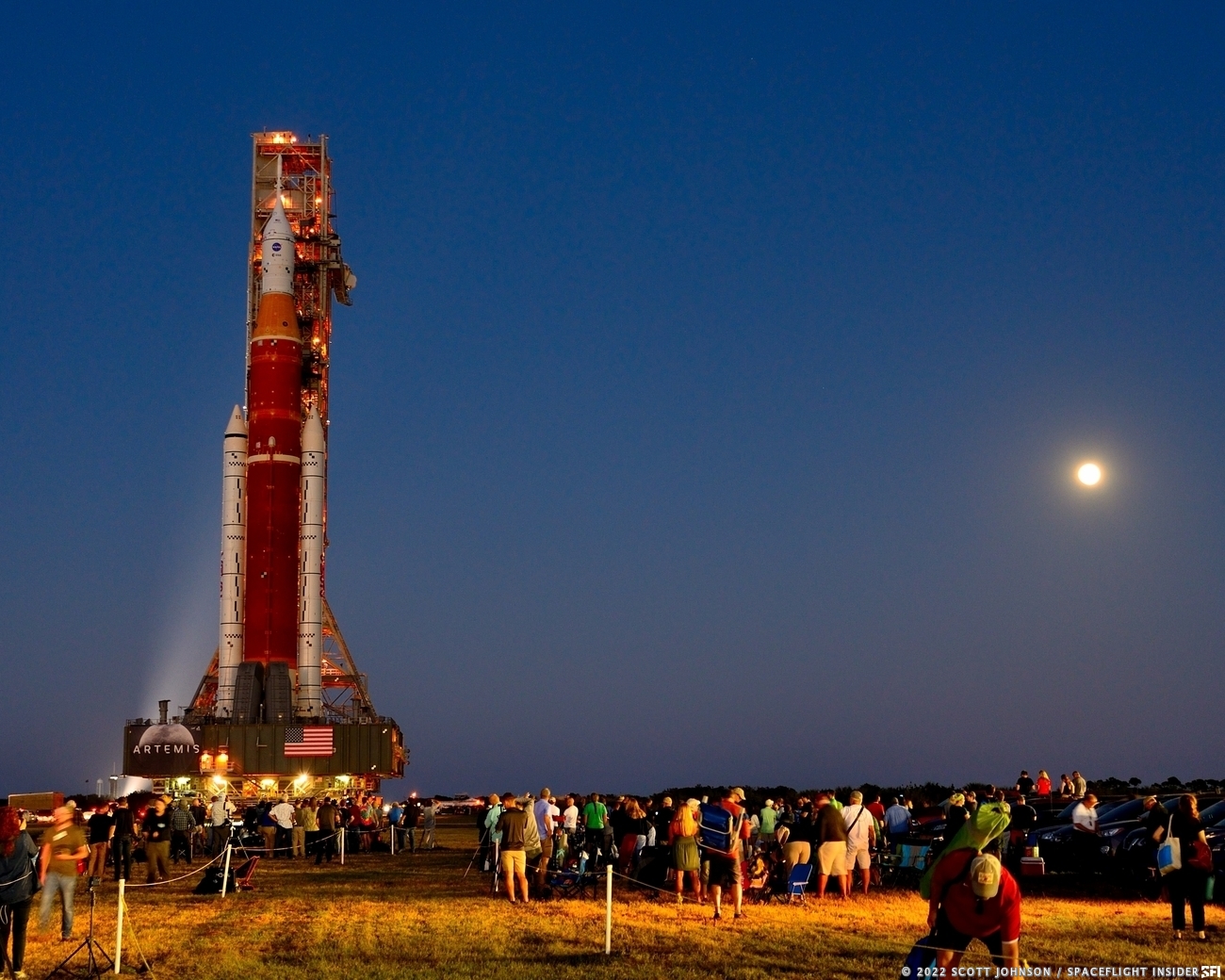 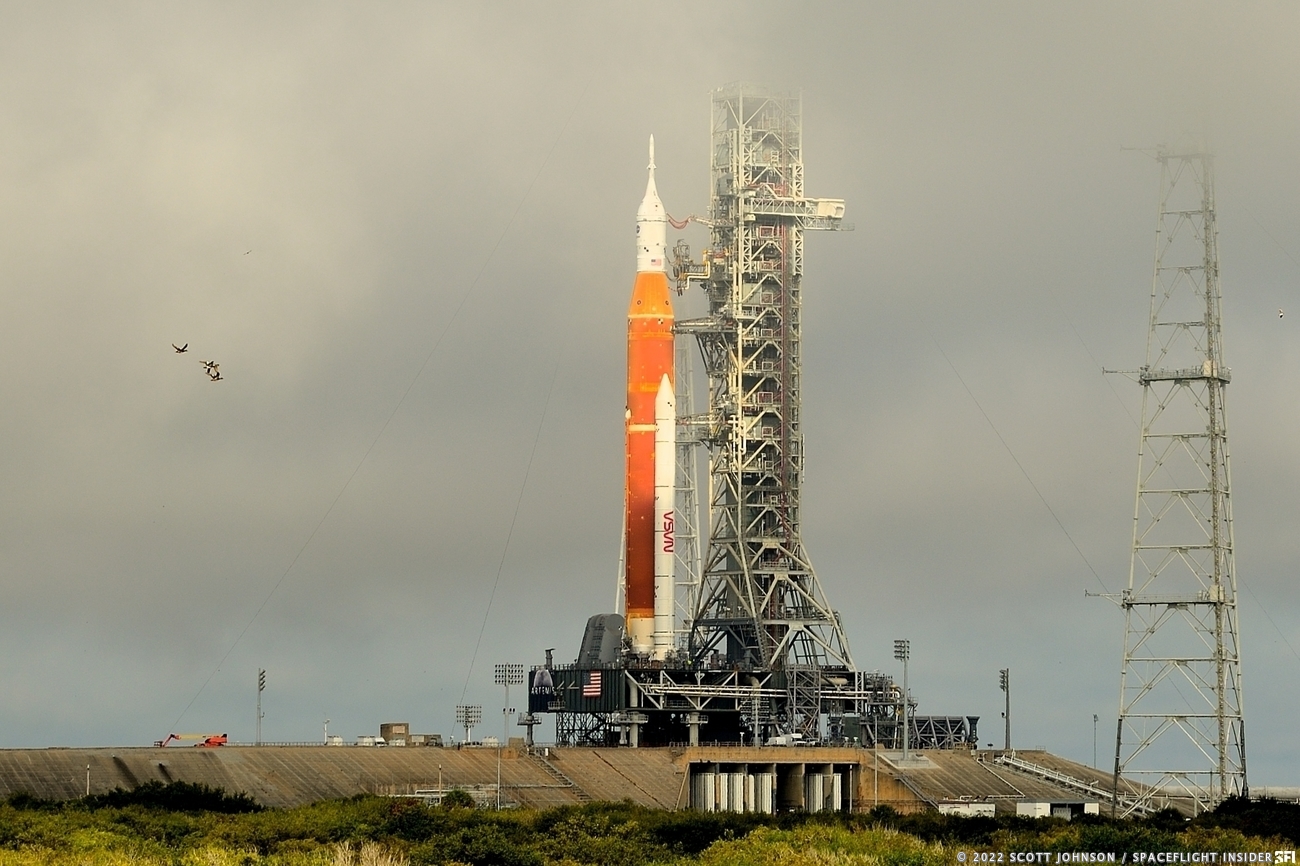 Retired but certainly missing the programs. Brings back great memories. Thanks