Dragon is a commercial spacecraft designed and built by SpaceX to deliver cargo or crew to the International Space Station (ISS). It became the first privately built spacecraft to visit the ISS in 2012. SpaceX has received $396M in NASA funding for Falcon 9 and Dragon, with $450M of spacecraft’s development being funded internally, in part, by NASA’s Commercial Cargo and Crew Programs (C3PO); however, 85 percent of the development, from engines to individual parts, have been designed and built in-house by SpaceX rather than rely on outside suppliers.

First flown in 2010, the cargo version of Dragon has flown successfully 11 times, with 10 of those flights berthing with and delivering pressurized and unpressurized cargo to the ISS (One spacecraft was lost due to a failure of the Falcon 9 launch vehicle during liftoff).

The crewed version of the spacecraft, Dragon 2, is designed to carry up to seven astronauts or a combination of crew and cargo to and from the ISS.

Dragon is a two-part cargo spacecraft with a pressurized conical capsule and a cylindrical, unpressurized cargo section. It is powered by two fold-out solar arrays, each delivering 1.5–2 kilowatts of power. Maneuvering is performed by a set of 18 Draco thrusters.

The Dragon approaches the ISS, guided by its laser ranging sensors and thermal cameras, and then holds until commanded by ISS flight controllers. Dragon pauses at pre-selected locations before reaching a final capture point approximately 30 feet (10 m), from the space station.

Ground controllers at SpaceX headquarters in Hawthorne, California, monitor Dragon’s approach, while NASA engineers at Johnson Space Center monitor the movement of the ISS. Once at the capture point, Dragon engages in proximity operations in which it flies closer to the ISS until it reaches a predetermined position below the space station. At that point, the thrusters are shut down and the spacecraft goes into free drift mode. Astronauts then grapple the spacecraft using the station’s robotic arm and berth it to an available common berthing mechanism port.

Once the capsule has been brought into contact with the airlock, a set of 16 bolts brings the capsule closer to a first-stage and second-stage capture before the spacecraft is hard-mated to the docking port. The crew is then free to enter, open the hatch, and begin removing, sorting, and stowing the cargo. Unpressurized cargo is removed from Dragon’s trunk segment using the robotic arm.

Over the course of days or weeks, cargo destined for the return to Earth is stowed and secured aboard Dragon. When the capsule has been filled, the hatch is replaced, and the robotic arm is used, again, to detach the spacecraft from the airlock.

Dragon 2 was unveiled to the public in May 2014. The spacecraft features a slightly more aerodynamic shape than the original Dragon. It also incorporates retro-thrusters to enable landing on “anywhere on Earth with the accuracy of a helicopter,” as SpaceX founder Elon Musk declared. This is unlike the original Dragon, which uses parachutes for descent and splashes down in the ocean upon landing. Dragon 2 will able to carry up to seven astronauts “for several days” and includes an improved version of the original PICA heat shield, which will ablate less. The spacecraft is designed to dock with the ISS autonomously or under piloted guidance without the use of the space station’s robotic arm.

Several miles above the surface, engines are ignited to ensure that they are ready for landing. If not, the parachutes deploy, and the spacecraft will land in the water as a backup. Musk stated at the unveiling that Dragon 2 would be able to land safely even with two engines out. Dragon 2 is designed for reusability; as Musk put it: “Just refill the propellant and fly again.”

The pressurized helium tank for the retro-thrusters is carbon-overwrapped titanium. Each SuperDraco engine produces 16,000 lbf (71 kN) of thrust. The SuperDraco engines are also the first fully 3D printed engines.

Dragon’s controls feature screens that are pulled down to be right in front of the pilot, with critical functions operated by physical buttons.

Dragon’s SuperDraco hypergolic retro-thrusters have been static tested as well as used in a pad abort test.

SpaceX has not yet announced a launch date for Dragon 2.

The Dragon spacecraft has three configurations: cargo, crew, and DragonLab. DragonLab is essentially the same spacecraft as the cargo and crew versions. It can be used as a platform for in-space technology demonstrations and experiments.

SpaceX has two DragonLab missions listed on its launch manifest.

The Dragon spacecraft has delivered primarily crew supplies to the ISS along with experiments and equipment for the Station, including the International Docking Adapter and the Bigelow Expandable Activity Module. 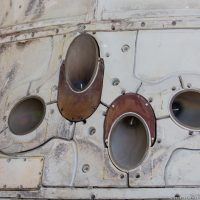 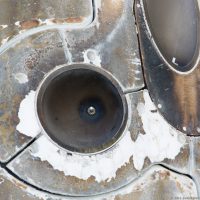 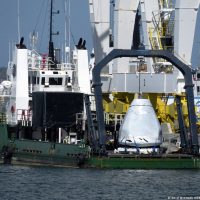 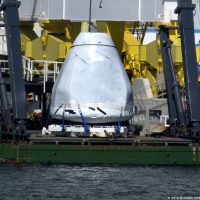 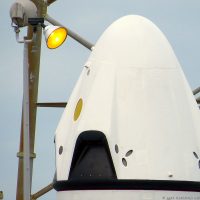 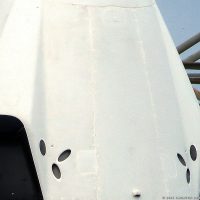 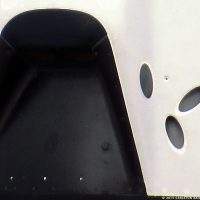 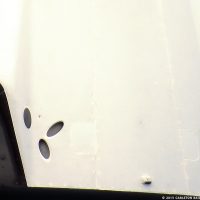 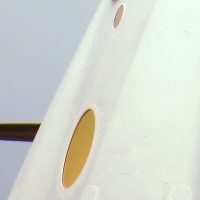 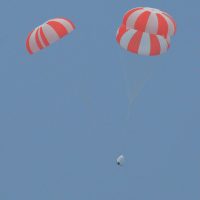 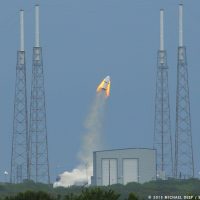 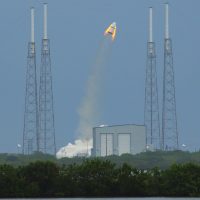 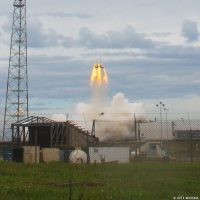 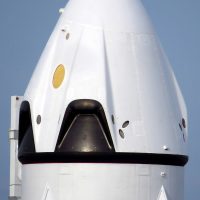 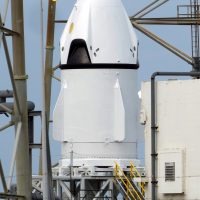 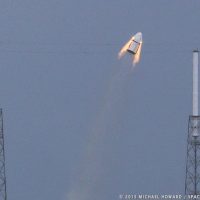 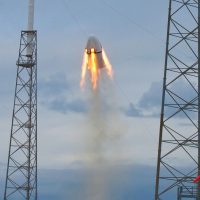 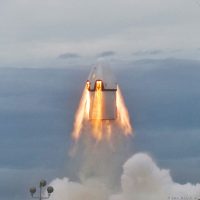 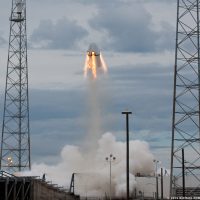 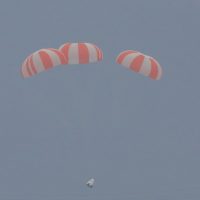 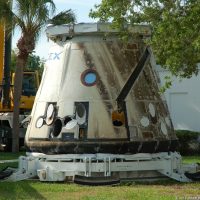 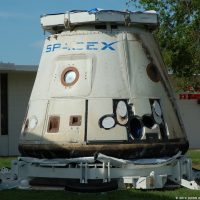 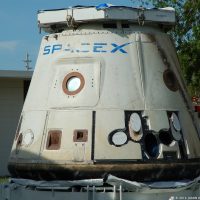