NASA's Wide Field Infrared Survey Telescope (WFIRST) space observatory was recommended in 2010 by the United States National Research Council Decadal Survey committee. On February 17, 2016, WFIRST was formally designated as a mission by the U.S. space agency. The WFIRST spacecraft utilizes a 8 foot (2.4 meter) wide field-of-view telescope and should also carry an additional two scientific instruments. One of these, the Wide-Field Instrument is a 288-megapixel multi-band near-infrared camera, should provide images 100 times sharper than those produced by the Hubble Space Telescope (over a 0.28 square degree field of view). The second instrument, the Coronagraphic Instrument - is designed to cover visible as well as near-infrared wavelengths using starlight-suppression technology. WFIRST had been targeted for cancellation in the U.S. President's FY19 budget request - however in March of 2018 the mission was granted the funds required to move forward. WFIRST is currently slated to launch from Cape Canaveral Air Force Station's Space Launch Complex 37 atop a United Launch Alliance Delta IV Heavy rocket some time in the mid-2020s. Photos courtesy: Steve Hammer 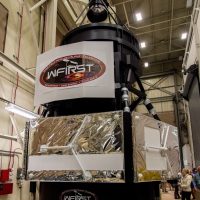 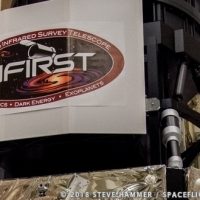 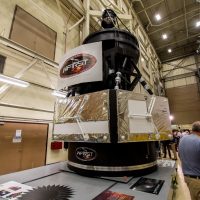 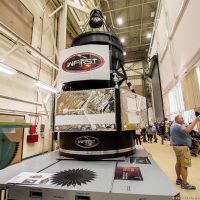 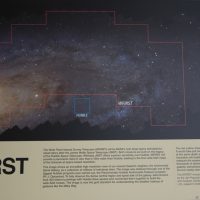