GOES-G was a weather satellite launched May 3, 1986 on behalf of the National Oceanic and Atmospheric Administration (NOAA). The spacecraft had been developed and constructed in order to keep track of meteorlogical conditions from a geostationary orbit. It was intended to replace the GOES-5 satellite and would have provided continuous profiles of atmospheric temperature and moisture. However, it was not to be. The GOES-G satellite was lost on ascent some seventy-one seconds into the flight. The Delta 3914 launch vehicle's first stage main engine shut down prematurely due to an electrical fault, and the rocket was destroyed by range safety control. Photos courtesy: Carleton Bailie 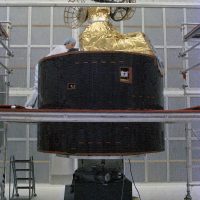 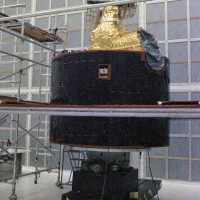