Cassini–Huygens is an automated spacecraft that was launched to the planet Saturn on October 15, 1997 atop a Titan IVB/Centaur. A Flagship-class NASA–ESA–ASI mission, Cassini began its journey to the sixth planet in our solar system from Cape Canaveral Air Force Station's Space Launch Complex 40 located in Florida. Cassini is the fourth spacecraft sent to Saturn, but the first to enter orbit above the gas giant. Cassini entered orbit above Saturn in 2004, culminating work that had begun on the mission back in the 1980s. While the mission is predominantly known for the Cassini orbiter, a lander, Huygens, touched down on Saturn's moon, Titan shortly after the duo had entered orbit. This was the first landing ever accomplished in the outer Solar System. The two spacecraft are named after astronomers Giovanni Cassini and Christiaan Huygens. Photos courtesy: Carleton Bailie 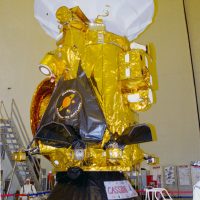 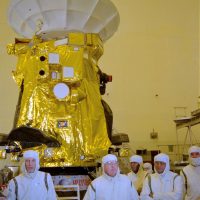 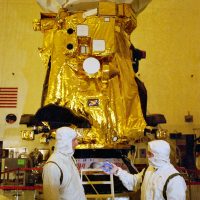 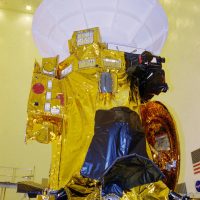