SEATTLE, Wash. -- Originally named CM 007, this is the first production-line command module that was delivered to NASA and was used as a test article. NASA had two command modules produced during its race to the Moon - one for low-Earth orbit missions and the other for flights to the Moon. CM 007 spent time as each. When the spacecraft's manufacturer first delivered the spacecraft to the space agency it was meant for LEO operations. However, it was later modified for missions to the Moon and renamed 007A. After the loss of the crew of Apollo 1 during a fire at Cape Canaveral Air Force Station's Space Launch Complex 34 on Jan. 27, 1967 - 007A was then used to test the outward opening hatch. The capsule is currently on display at the Seattle Museum of Flight. Photos courtesy: Mark Usciak 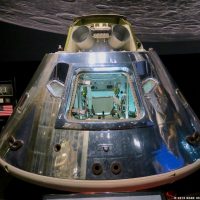 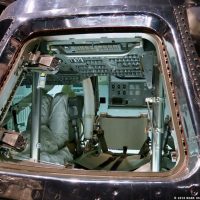 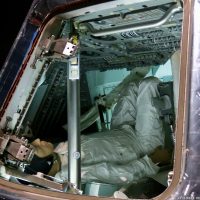