The VS15 Soyuz ST-B rocket launched the ninth and tenth European Galileo Full Operational Capability (FOC)-M5 Global Positioning System (GPS) satellites (FM10 Danielè and FM11 Alizée). The Soyuz-ST-B / Fregat-MT rocket lifted off from the ELS pad at Kourou Space Centre in French Guiana on at 05:48:43 local time in French Guiana (04:48 a.m. EDT/08:48 GMT) on May 24, 2016. The satellites’ launch was sped up, as they were originally schedule to be deployed in 2017. As the flight's number indicates, this was the 15th Soyuz expendable launch vehicle to take to the skies above the jungles of French Guiana. 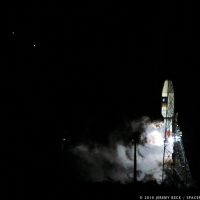 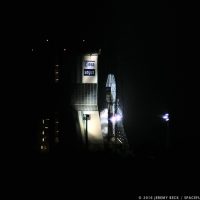 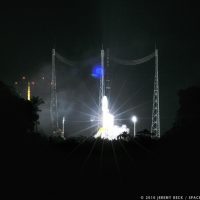