British Satellite Broadcasting-R1 (BSB-R1), a British television direct broadcasting satellite known as Marcopolo 1, was launched atop a Delta rocket. It was the first commercial launch for a U.S. launch vehicle. The flight helped to start a new industry trend wherein the satellite maker certifies the vehicle is on orbit before transferring control to the operator. Hughes Space and Communications Group produced Marcopolo 1 for British Satellite Broadcasting Ltd. Using a Hughes H376 bus, Marcopolo 1 was 2.1 m in diameter and 2.7 m tall when stowed inside the Delta launch vehicle. The satellite took to Florida's skies on August 27, 1989 from Cape Canaveral Air Force Station's Space Launch Complex 17B atop its Delta 4925-8 launch vehicle. It sent the communications satellite to a geostationary orbit. Photos courtesy: Carleton Bailie 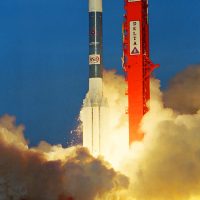 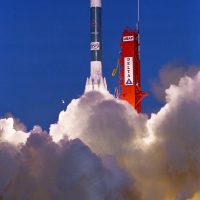 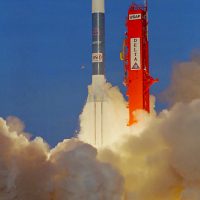 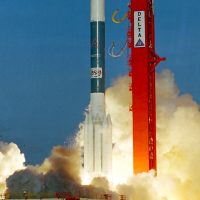 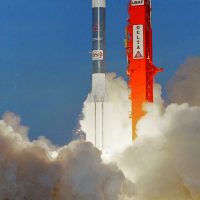