Manufactured initially by Boeing, the Delta IV family of vehicles is now built operated in Decatur, Alabama by Colorado-based United Launch Alliance (ULA). The family of rockets has several variants including a "heavy" version that uses three Common Booster Cores (CBC) linked together. The Delta IV variants include the: Medium, Medium+ (4,2), Medium+ (5,2), Medium+ (5,4), and the aforementioned Heavy. The rocket was developed to send payloads for the U.S. Department of Defense and has almost exclusively been used for that purpose (the one notable exception at present being the launch of NASA's Exploration Flight Test 1 in December of 2014). ULA launches the rocket either from Cape Canaveral Air Force Station's Space Launch Complex 37B in Florida or from Vandenberg Air Force Base's Space Launch Complex 6E (East) in California. Much like the Atlas V family of rockets, the Delta IV can use either a four or five meter payload fairing and a mixed array of Orbital ATK GEM 60 solid rocket motors. The Delta IV uses Aerojet Rocketdyne's RS-68 rocket engines in its first stage which run off a mix of liquid hydrogen / liquid oxygen. ULA has announced that, like the Atlas V, the Delta IV will be retired. Photos courtesy of: Carleton Bailie 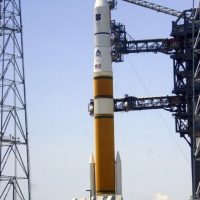 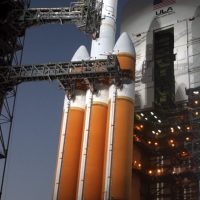 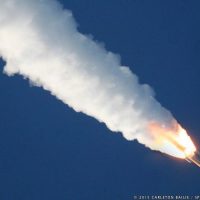 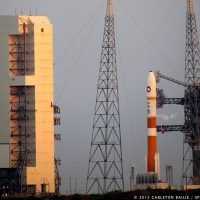 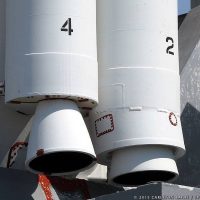 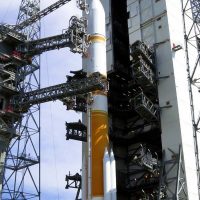