The Atlas family of rockets can trace its lineage back to the earliest days of the Space Age. As of March 2017, the launch vehicle is still in service and has been used to launch missions for the Department of Defense (DoD), commercial organizations and NASA. Formerly operated by Lockheed Martin, United Launch Alliance (ULA) currently launches the rocket from Cape Canaveral Air Force Station's Space Launch Complex 41 (SLC-41) in Florida and from Vandenberg Air Force Base's Space Launch Complex 3E (East) located in California. The two-stage Atlas V uses a single Russian-made RD-180 rocket engine in its first stage (with two nozzles to direct thrust) and an RL10 engine in its Centaur upper stage. The rocket uses liquid hydrogen and liquid oxygen as its fuel. The Atlas V uses either a four or five meter payload fairing and can use a mix of Aerojet Rocketdyne AJ60A solid rocket motors on the launch vehicle's first stage. In 2015 ULA announced that it would no longer use the AJ60A and would, instead, utilize Orbital ATK's GEM 63 SRMs. Moreover, the Colorado-based company has announced that the Atlas V would be retired and that the aerospace firm would develop its new "Vulcan" Next Generation Launch Vehicle. 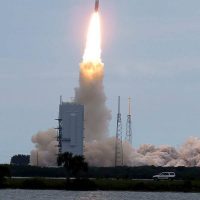 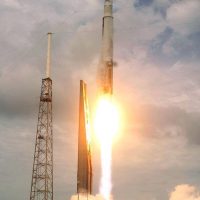 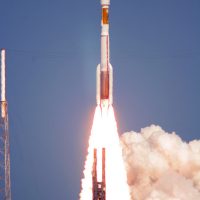 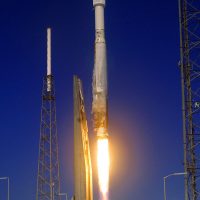 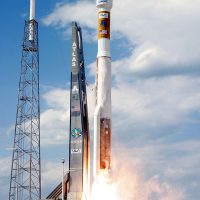 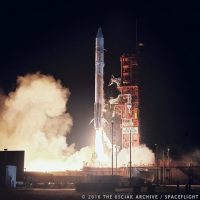 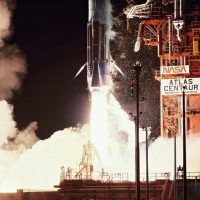