On Thursday, August 27, 2015 Aerojet Rocketdyne continued testing the RS-25 rocket engine at NASA's Stennis Space Center located in Mississippi. These engines, formerly known as the Space Shuttle Main Engine (SSME). These engines are being prepared for use on the space agency's new super heavy-lift rocket, the Space Launch System (SLS). During the test, RS-25 Engine No. 0525 (an unflown developmental engine) burned its liquid hydrogen (LH2) and liquid oxygen (LOX) for approximately 535 seconds (the expected flight duration) and generated some 1,859 kN (418,000 lbf) of thrust. The test, once again, took place at Stennis' A-1 test stand, which was originally built to test the Saturn V second (S-II) stage and its five J-2 engines. Photos courtesy: Scott Johnson, Jason Rhian 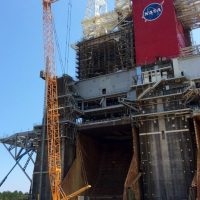 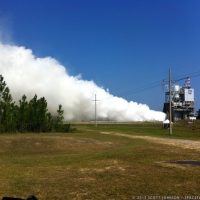 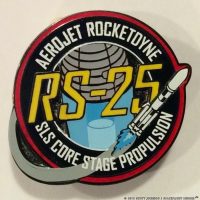 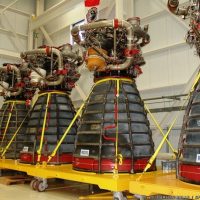 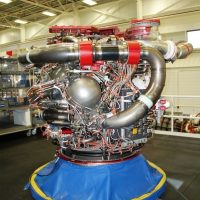 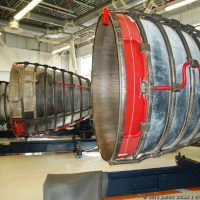