In August of 2015, the Florida Institute of Technology (Florida Tech) announced that the new 'Buzz Aldrin Space Institute' would be formed so as to help encourage he settlement of Mars through research. As the institute's name implies, it was led by the Lunar Module Pilot of humanity's first crewed expedition to another world - Apollo 11. Aldrin joined the university faculty as Florida Tech Research Professor of Aeronautics and will serve as Senior Faculty Advisor for the Institute. The Institute intends to support commercial and international development of lunar resources to support an eventual Mars settlement. Dr. Aldrin’s concept has been described as Cycling Pathways to Occupy Mars. The proposed architecture establishes pathways of progressive missions to cis-lunar space, asteroids, Phobos, and eventually to the surface of the Red Planet itself. Photos courtesy: Michael Seeley 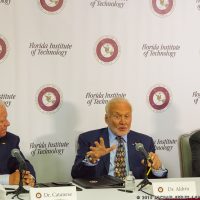 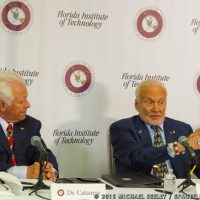 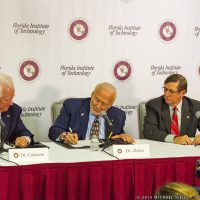 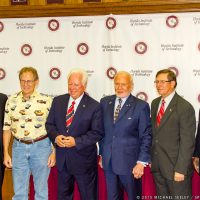